Skip to content
Dec. 2, 2022 | By a Falun Dafa practitioner in Bali, Indonesia

(Minghui.org) Practitioners held activities near Lapangan Niti Mandala in Renon, Bali, on Sunday, November 27, 2022, to celebrate Car-Free Day and tell people about Falun Dafa. The park was filled with people, and many stopped to talk with the practitioners, who demonstrated the five peaceful exercises and played the Chinese waist drums. Many visitors were drawn to their performances and learned about Falun Dafa and the ongoing persecution in China.

Practitioners told people about the brutal persecution of Falun Dafa that started in July 1999, in China. They called for the Chinese regime to immediately end the persecution. Many who learned the facts signed the petition to protest the persecution and condemn the CCP’s crimes against humanity. 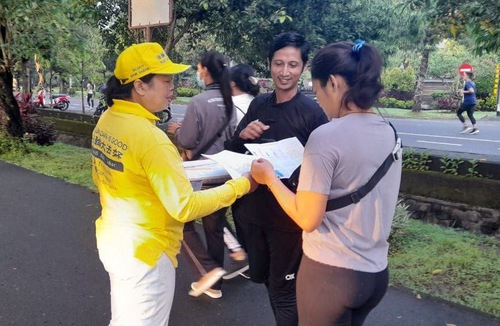 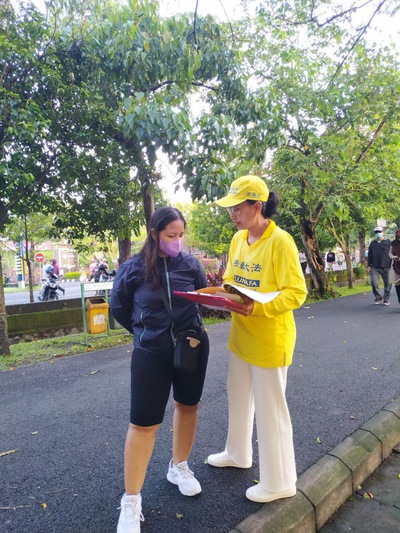 After a practitioner told Al about the persecution and explained what Falun Dafa is, he said that he wanted to learn the practice.

That afternoon practitioners read the teachings. They also talked about their experiences and how they followed the principles of Truthfulness, Compassion, and Forbearance in their daily lives. Narwi said that after he began practicing, he became more focused, and felt great after doing the exercises. 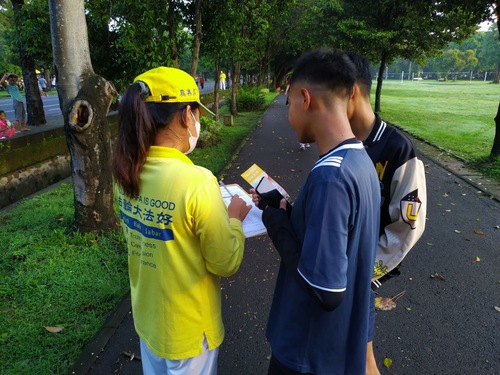