Since last December, 6820 people from Ruanjiang City, a relatively small city of only 740,000 in Hunan Province, China, have signed a petition to support the lawsuits that are being filed by Falun Gong practitioners against former Chinese dictator Jiang Zemin.

In 1999, Jiang Zemin, as head of the Chinese Communist Party, overrode other Politburo standing committee members and initiated the violent suppression of Falun Gong.

Chinese law allows for citizens to be plaintiffs in criminal cases. More than 200,000 practitioners have exercised that right and filed their criminal complaints against the former dictator. 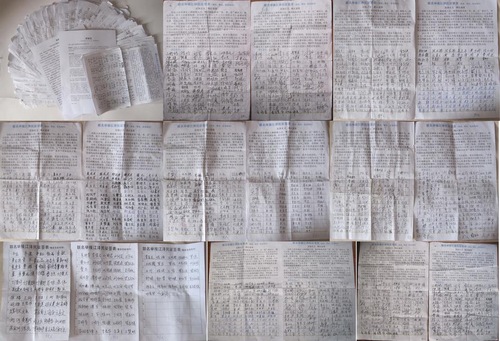 Falun Gong’s peaceful resistance is widely supported at the grassroots level in China and by politicians, opinion leaders, and human rights activists all over the world. In Asia alone, more than 1.2 million people have signed the petition, calling on China’s legal system to investigate Jiang’s crimes.

More than 6000 Ruanjiang residents have signed to show their support. Many people believe that Jiang Zemin has brought disasters to China and that it is a huge crime to persecute a peaceful group that follows Truthfulness-Compassion-Forbearance, which is why they agree that he must be brought to justice.