(Minghui.org) Practitioners held an event in Zacatelco, a town in the state of Tlaxcala in central Mexico on September 11. They demonstrated the Falun Dafa exercises, handed out information and told people about the 23 year long persecution of Falun Dafa in China.

The practitioners demonstrated the exercises on Zacatelo’s main square and introduced the practice to the public. Many people learned the exercises and asked where the nearest practice site was. 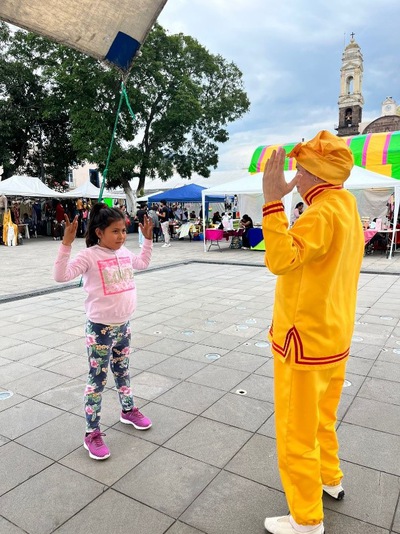 Local resident Juan was appalled that the Chinese Communist Party (CCP) banned people from practicing Falun Dafa. He and the other people that talked to practitioners thanked them for letting them know about the issue.

A passerby was happy to know that learning Falun Dafa was free of charge and that the practice helped resolve illness and helped one keep fit. He said he would learn the exercises by going to a group practice site nearby.

The practitioners also presented a waist drum performance at the event. 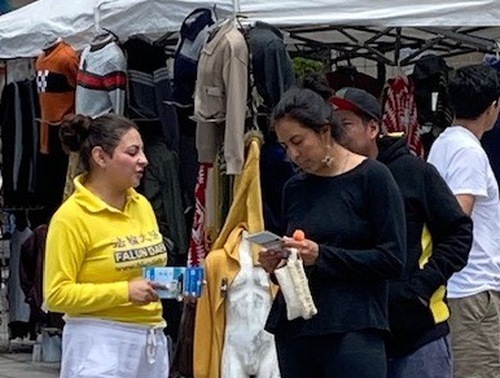 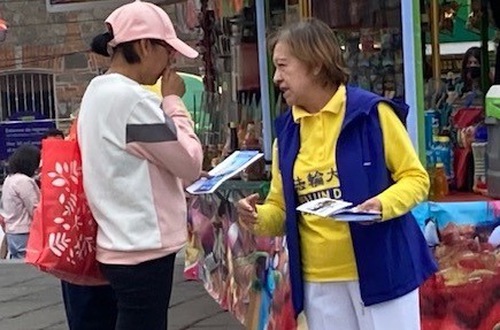