(Minghui.org) Thirty years ago, on May 13, 1992, Falun Dafa was introduced to the public by Mr. Li Hongzhi. Since then, people in China and all over the world have benefited from the practice.

On this special occasion, the Minghui website received a large number of greetings celebrating World Falun Dafa Day and the practice’s 30th anniversary from people in China who admire and support Falun Dafa, but do not practice it. They sent their best regards to Master Li and wished practitioners well.

A human rights lawyer wrote: “Over the years, I have worked with many Falun Dafa practitioners. I could tell that every one of them was sincere and kind—it was something from their hearts. They had more character and wisdom than any other group I know. Because of their belief, however, they have suffered tremendously in China. This 20-plus years of tragedy is a disgrace to our 5000 years of Chinese history.”

He is happy to see World Falun Dafa Day being celebrated in so many countries. “The Chinese Communist Party (CCP) has been framing practitioners using Article 300 of Criminal Law: ‘the crime of using a cult to undermine the implementation of the law.’ This is a serious abuse of the law. After being suppressed by the CCP for decades, everyone in China should stand with Falun Dafa practitioners and call out the real cult—the CCP. This is because Truthfulness-Compassion-Forbearance is the hope of our society.”

By reciting “Falun Dafa is good, Truthfulness-Compassion-Forbearance is good,” the family was blessed. She wrote: “Our family ranges from a three-year-old to those in their 90s. We are doctors, public employees, and customer service representatives. But none of them was infected during the pandemic. We are so thankful to Falun Dafa for everything.”

Practitioners from Handan City, Hebei Province, said they are grateful for Falun Dafa. “In this society with many uncertainties, the principles of Truthfulness-Compassion-Forbearance have pointed out a direction for us to be good citizens,” they wrote. “Thank you, Master Li, for everything. We wish you a Happy Birthday!” 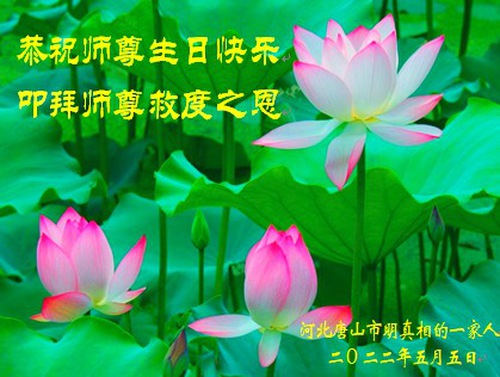 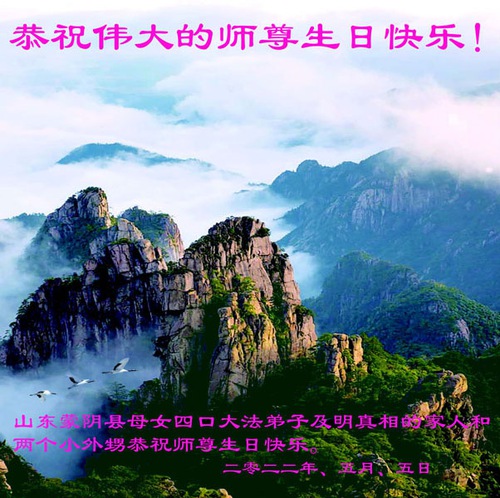 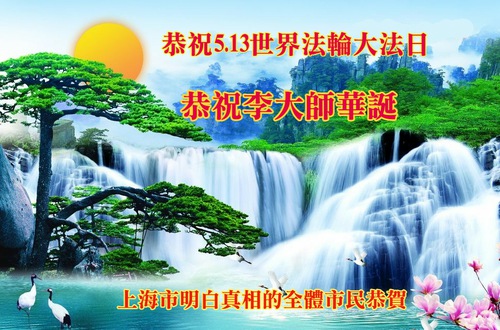 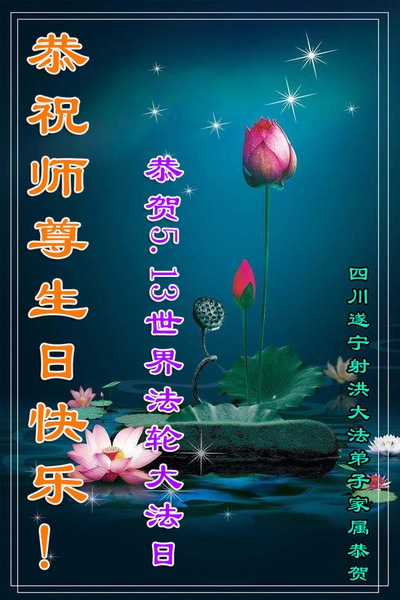 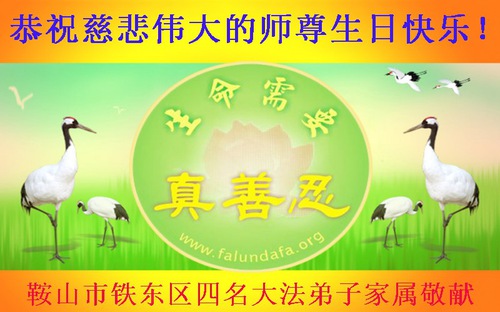 Copyright © 1999-2022 Minghui.org. Content on this page may be reproduced with attribution.