On May 9, at a council debate, David Shoebridge, John Kay, and Jan Barham, three Greens members of the New South Wales Legislative Council, submitted a petition with more than 100,000 signatures to the council. The petition calls for action to be taken to stop the Chinese Communist Party (CCP) from harvesting organs from Falun Gong practitioners, to make laws to forbid Australian citizens to have illegal organ transplants in other countries, and to stop training surgeons from other countries for illegal organ harvesting. 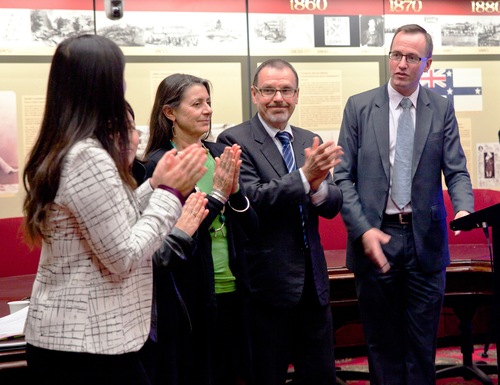 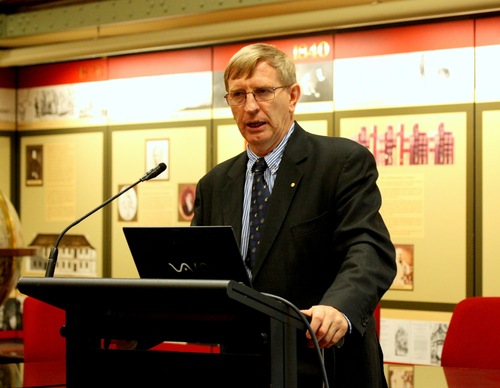 At the press conference after the council hearing, David Shoebridge said: “That single petition was 4 times larger than every single other petition that was presented at this chamber in front of us here… I know from my work in politics, just how hard it is to engage with people and get them to sign petitions, to listen to you, and after they listen to you to acknowledge that you have a point, and put their name and their signature to the petition. And in this parliament, a signature of 500 people, or down the other chamber 10,000 people, is considered to be a monumental achievement to show real community support. And you together have got a petition of 100,000 people. I have got to say, I spoke to Caroline and Lucy, you got 100,000 and you stopped. You could have had more, which for me shows the strong passion in the community.”

Mr. Shoebridge continued: “There are some pretty basic rules in politics. One thing is how an issue becomes important. It is pretty much a 3-step process. First, they mock you, then they attack you, then finally they respect and listen to you. We are going through this process. And we will get to the end of it.”

The call for the end of organ harvesting in China is strongly supported by medical experts. On May 8, Jeremy Chapman, Director of Acute Interventional Medicine (SWAHS) and Renal Services at Westmead Hospital, President of the Transplantation Society, Immediate Past President of the World Marrow Donor Association, and Chair of the Global Alliance for Transplantation, gave a briefing at the state Parliament House, titled “The Declaration of Istanbul: The professions’ response to human organ trafficking.” He asked lawmakers to take action to stop this illegal and immoral business.

In reference to the complex dynamics of organ trafficking, Prof. Chapman said: “What is driving all this is raw basic human emotion, two human emotions, greed and survival. We have the devil and the angel, we have greed and we have the survival instinct.”

When asked by a NSW member of parliament for his view on the allegation of forced organ harvesting in China, Prof. Chapman replied: “[It is] appalling. I have clarity that there is use of executed prisoners’ organs. I have clarity that those organs are being sold. I have clarity that it is illegal in China to do that. We need to change that process and that is a combination of changing transplantation programs in China and preventing the continued use of executed prisoners and continuing to hold them to account for their own laws and hold them to account to civil society.”

With regard to Australia’s responsibility to enact legislation addressing illegal and unethical organ transplantation, Prof. Chapman said: “If we want to retain our view of ourselves as a civil society we should remain an exemplar for other societies. We know in 2012, eleven people went overseas and received a transplant and came back. We don’t know how many people went overseas and didn’t come back. So it’s not very big, but that is not the point. We have a leading civil society – are we going to demonstrate it?”

At the press conference on the 9 th , Mr. Shoebridge mentioned the support from Prof. Chapman. He said: “Professor Chapman is not in particular a friend with Falun Gong, he is not in particular a friend with the Greens, he is not a particular friend with anyone in politics, but Professor Jeremy Chapman is the most learned surgeon on transplantation medicine in Australia, probably one of a handful of people who know more about the way international transplantations work, than anyone else on the globe.

“And Professor Chapman in a briefing to the parliamentarians last night, not just from the Greens, from the Liberal Party, from Christian Democratic Party, Professor Chapman said this law needs to come into place. He said not only does this law need to come into place, so as we stop our citizens abusing vulnerable people in other countries, he said we need to also work on lifting our own domestic organ donation rates. I have got to say that needs to be part of our message.”

Mr. Shoebridge said: “We need to ensure two things. First of all, we work on those international human rights issues, we pass laws to stop our citizens going to other countries and exploiting prisoners of conscience in China, people in great poverty in Pakistan, India or Columbia. We need to stop that happening internationally. The bill that I brought before the House is part of that, part of international responses for that. But we also need to work at those principles.

“I think, if every nation joins and does that, it will over time delegitimize what happens in China, or protect the human rights of people in China. Practitioners of Falun Gong, home Christians, minorities, it will protect those human rights, but also allow people who need an organ, and when we have the medical expertise to provide that organ and save someone’s life we’ll allow that to happen here in Australia, where our human rights are protected, where donors are protected, and where we have an ethical system.”