(Minghui.org) Falun Gong practitioners in Finland participated in the Night of the Arts festival at Hesperian Puisto in Helsinki on August 18, 2022. They demonstrated the exercises and set up photos and display boards to introduce the spiritual practice. 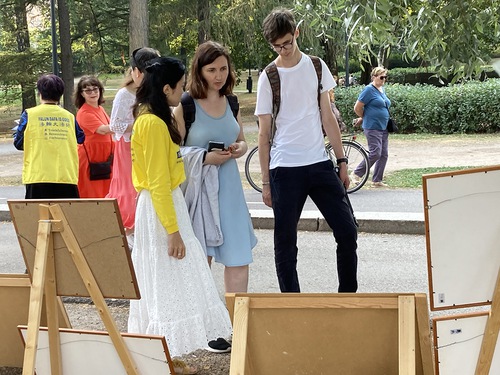 One attendee named Eeva said it was difficult for a Finn like herself to imagine that a government would persecute a group of people for living according to Truthfulness-Compassion-Forbearance, Falun Gong’s core principles. She was shocked to learn that Falun Gong practitioners are killed by the Chinese Communist Party to harvest their organs, “It’s really terrifying. I hope this kind of thing ends as soon as possible.”

Hanna brought her two sons to the park. The boys earnestly learned how to fold paper lotus flowers with Falun Gong practitioners. Hannah said that China’s culture was broad and profound and wished to see more meaningful events like this.

Practitioners chatted with two women who lived in the former Soviet Union about the nature of communism and the persecution of human rights. “We have lived under a communist-led country. I feel the same way, and I’m willing to sign the petition to support you,” one woman said. 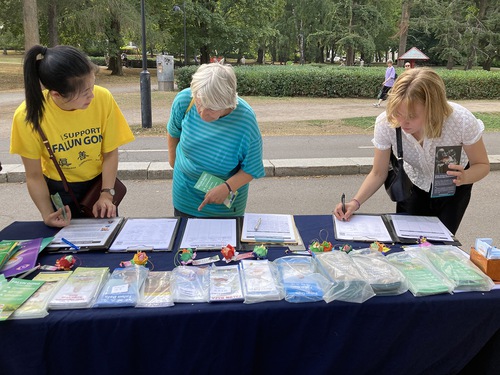 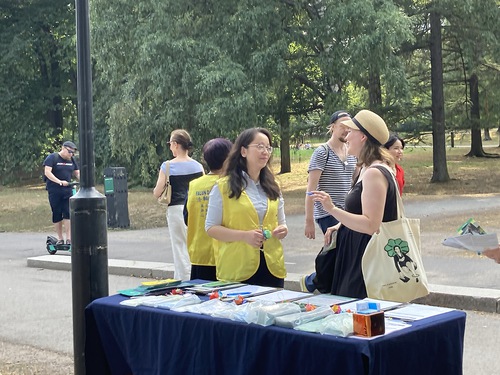 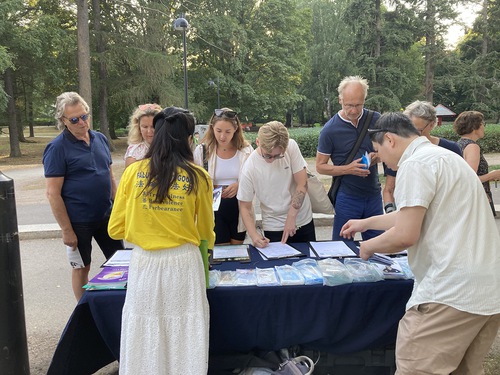