Sanctioning human rights abusers have become common among democratic countries. After the U.S. passed the Magnitsky Act in 2016, Canada, the United Kingdom and the 27-member European Union enacted similar laws. Australia and Japan are working on the same.

In accordance with these laws, Falun Gong practitioners have compiled lists of perpetrators involved in the persecution of the spiritual practice over the years. Every year, they submit several lists to democratic governments, urging them to sanction the named perpetrators.

Starting on July 14, 2021, practitioners in more than 30 countries began submitting the latest list of perpetrators involved in the persecution of Falun Gong to their respective governments. They demand these human rights abusers be sanctioned, including denying them entry into their countries and freezing their assets overseas.

Two of the perpetrators on this list are Li Ning and Mou Zhonghua. 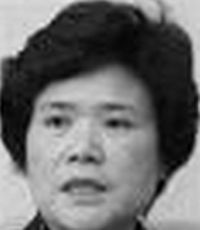 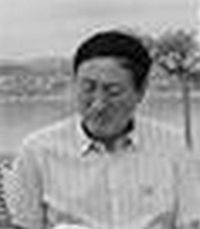 She organised and instructed the 610 Office and the Domestic Security Office to arrest practitioners and ran several large-scale “brainwashing sessions” to force practitioners to renounce their faith. She personally ordered the arrests and sentencing of several Falun Gong practitioners. Her promotions went hand in hand with her involvement in the persecution.

During his more than ten years as director of the Qixia 610 Office, Mou Zhonghua organized four large-scale brainwashing sessions in Qixia City to force Falun Gong practitioners to give up their faith. Those who refused to transform were handcuffed, beaten, and deprived of sleep.

Practitioners who went on hunger strikes to protest were force-fed. Some of their families were extorted. For his active involvement in the persecution, Mou was promoted to director of the Qixia Judicial Bureau in 2012.

According to available statistics from 2000 to 2009, 277 practitioners were arrested and 93 were harassed. Three hundred and thirty-six were held in brainwashing centres, 148 were taken to labor camps, seven were sentenced to jail, and five were persecuted to death. In addition, 196 practitioners were extorted by the authorities, 19 were expelled from school, public office, or displaced, and another four went missing.

The following are some accounts of persecution against Falun Gong practitioners during Li and Mou’s tenure:

Ms. Lin Xianfeng, of Louxikuang Village, Qixia City, went to Beijing to appeal for Falun Gong in 2000 and was arrested. She was held in a brainwashing centre and ordered to renounce her faith. She died on April 28, 2000, at the age of 67.

The police ransacked Ms. Lin’s home several times in the months before she died. Her mother-in-law in her 90s tried to prevent the police from taking her away. She fainted both times.

Ms. Sun Aihua was arrested and taken to the Qixia City Brainwashing Centre in May 2003. On the second day, three police officers carried her home. She passed away a few months later. She was survived by an eight-year-old son and a daughter.

Mr. Mei Yulin was arrested on November 5, 2001, when he went to Beijing to appeal for the right to practice Falun Gong. The officers beat and verbally abused him in the front yard of the police station. One officer shocked Mr. Mei’s head with an electric baton; another punched him and the third officer kicked him.

Mr. Mei covered his head with his hands and rolled on the ground, wailing in pain. The police dragged him into a room and continued to beat him. People outside could hear his desperate and miserable cries.

Three days later, Mr. Mei was taken back home. He was in a delirious state and any mention of the police or even hearing a police car siren would cause him to tremble. He was unable to do anything and lost his appetite. He often complained that his internal organs hurt, and he didn’t dare to take a deep breath. After struggling with poor health for a decade, he died on February 4, 2010. He was 60.

Mr. Li Aihua was a middle school teacher. He was arrested in 2002 and sentenced to nine and a half years in detention. While he was serving time at the Shandong Province Prison, his elderly parents struggled to care for themselves while enduring tremendous mental distress. They soon passed away, one after the other. After he was released from prison, Mr. Li was fired by the school he worked at and had to do odd jobs to make a living.

Ms. Qiao Ruirong, a former school teacher, was repeatedly arrested and taken to police stations, detention centres, and brainwashing centres. She served two four- year terms at a forced labor camp. She was also beaten and deprived of sleep while being held in a brainwashing centre.

The persecution of the sisters left their elderly parents depressed and bedridden. Their father passed away and their mother became incapacitated and lost the ability to talk.

When Ms. Qiao Ruirong was released in 2007, Li Ning, the mayor of Qixia City, instructed the Qixia City Human Resource Bureau to lower her salary by two tiers. Ms. Qiao Ruimei and Mr. Li were also fired from their teaching jobs.

In the winter of 2004, Li Ning, secretary of the Political and Legal Affairs Committee, and Mu Zhonghua, director of the 610 Office, organised a large brainwashing session in Qixia City. Sixty-three practitioners were arrested and forced to watch videos that slandered Falun Gong and its founder. Those who refused to comply were held in solitary confinement.

When Mr. Li Chonglin was held in solitary confinement, his hands were handcuffed to the window sill, and he was not allowed to sleep for eight days. Later, the guards placed him between two beds so that his body was suspended in the air. Then three people pressed down on him; his lower back was almost broken.

Mr. Wang Zhisheng was kicked by a man in leather shoes, had his toes trampled on, and was handcuffed to the stove so he would be burned. After being tortured, he collapsed and lost consciousness. When he came to, he found that his body was drenched and the ground was covered in water.

Ms. Liu Lihua was beaten until she couldn’t lift her arms, her eyes were swollen shut, and she could not open her mouth to eat.

Ms. Zhang Keli was taken to a brainwashing session in 2004. The guards tortured her and deprived her of sleep for six days. After she was released, she exposed the persecution in the brainwashing centre. As the authorities attempted to arrest her again, she was forced to live away from home to avoid persecution.

When the police failed to find Ms. Zhang, they arrested her father, Mr. Zhang Zhensheng, and gave him a three-year labor camp term. The police also later arrested Ms. Zhang’s mother and held her in a brainwashing centre.

Ms. Lin Jianping, born in 1962, was incarcerated for more than six years, including two labor camp terms and detention in a brainwashing centre. She was tortured while in custody and almost died.

At the Wangcun Labor Camp, she was hung up by her wrists for seven days. Her feet became so swollen that she could not wear shoes. Two of her thumbnails turned black. Her legs also became very swollen.

Mr. Lu Shigong escaped an arrest on November 8, 2004, and was forced to live away from home for eight years to hide from the police. During the time he was displaced, the police often harassed his family. They were traumatised and lived in fear.

The police and 610 Office agents in Qixia arrested more than 20 practitioners and their relatives on August 30, 2011. Six practitioners, including Mr. Lin Guojun, Mr. Feng Yunxue, Ms. Feng Cuirong, Ms. Jiang Shuying, Ms. Lin Guoling, and Ms. Sun Qianjing, were sentenced to five and a half to ten years by the Qixia Court on July 3, 2012.

The female practitioners were taken to the Jinan Women’s Prison in early 2013. Mr. Lin and Mr. Feng, however, were rejected by the Shandong Province Prison three times. When she heard this, Li Ning, secretary of the Qixia Municipal Party Committee, used her connections and forced the prison to accept them in mid-April 2013.