Before Falun Dafa was banned in China in 1999, about 100 million people from all walks of life practiced it. By doing the five exercises and following the principles of Truthfulness-Compassion-Forbearance, they improved their health and became better citizens.

Eighteen years into this unjust persecution, these practitioners are determined in their righteous belief. During the Moon Festival, a traditional holiday marked by joyful family reunions, many greetings were received by Minghui from practitioners who work in the government, military, and police and justice departments in China. 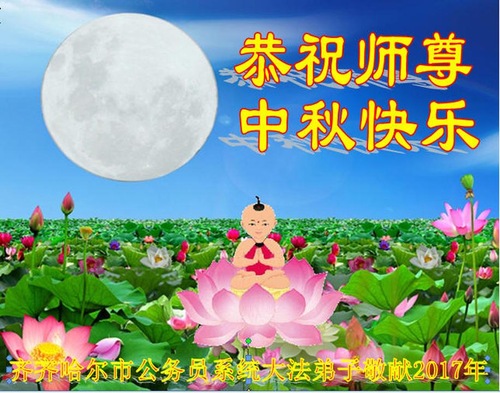 Practitioners that work on national defense in Shanxi Province wrote, “Falun Dafa teaches us to let go of selfishness and attachments. We will remain clearheaded and diligent and walk the remaining cultivation path well.” They are very grateful for Master’s guidance and caring along the way.

A family in the Beijing Air Force said they have learned to look within to improve themselves when they encounter conflicts. “We will study the Fa, cultivate ourselves, debunk the Party’s hate propaganda, and help more people learn the facts about Falun Dafa.”

Practitioners in government agencies in Shandong Province thanked Master for his compassionate salvation. “Falun Dafa helps us return to our original selves. We will do the three things well and return with Master. Happy Holiday, Master!”

Several retired military officials wrote:“On this special occasion, we are especially missing our beloved Master. He suffered tremendously to save sentient beings and rectify heaven and earth.  As the principles of Truthfulness-Compassion-Forbearance spread to the world at large, The cosmos will be renewed with long-lasting prosperity.” 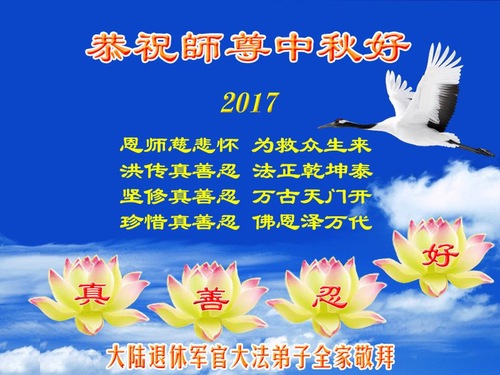 Greetings were also received from: 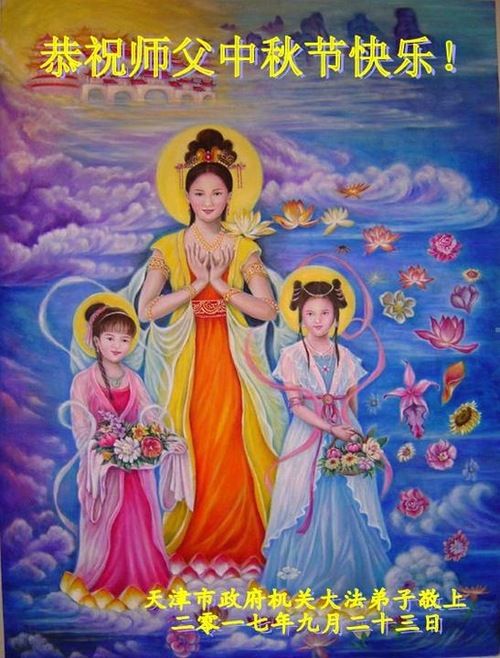