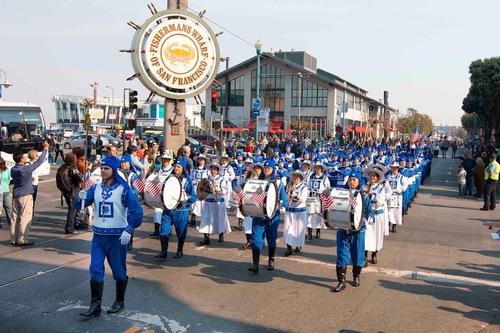 The Tian Guo Marching Band participated in the Veterans’ Day Parade in San Francisco on November 11, 2018. The spectators applauded the performance and cheered the practitioners on.

Korean War veteran Wallace Levin enjoyed the Tian Guo Marching Band’s performance thoroughly and said that he felt “fortunate to see this marching band here.” He also voiced his support for the practitioners, “Each person should have the freedom to carry out his beliefs.” 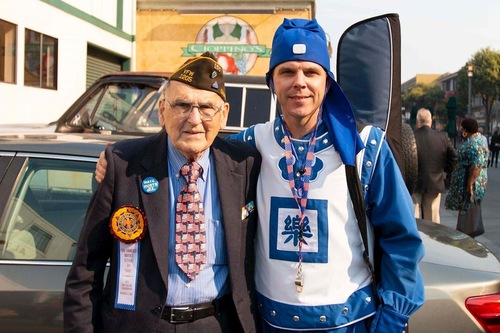 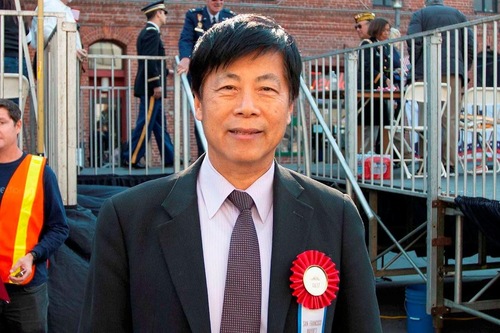 Director Ma Chung-lin of the Taipei Economic and Cultural Office.

Post Commander Raymond Wong was one of the parade organisers. He said that he was happy to see the Falun Gong marching band, “We followed the band and enjoyed its music. This is fabulous!” 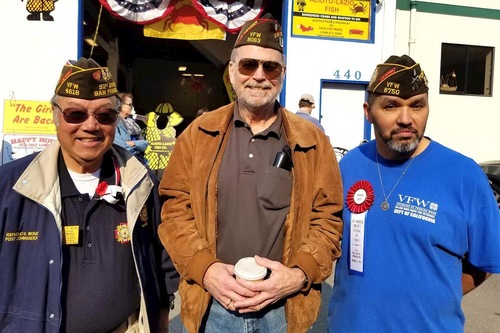