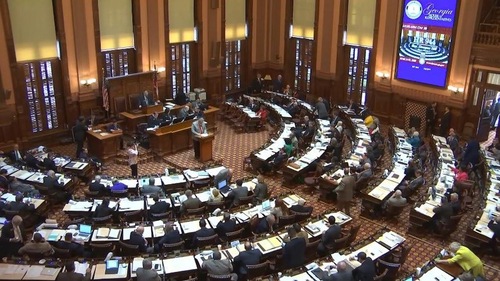 The State of Georgia in the U.S. unanimously passed House Resolution 944 on March 19, 2018, to express concerns over forced organ harvesting in China.

The resolution also urges China to stop this practice that targets Falun Gong practitioners and other prisoners of conscience.

As one of the sponsors who introduced the resolution, Representative Dewayne Hill emphasised that the legislation would help more people to pay attention to the crime of organ harvesting from Falun Gong practitioners and other prisoners of conscience. It is also a reminder to Georgia residents who might be considering going to China for a transplant, that they could end up being accomplices to murder.

Representative Jeff Jones said he supported the resolution 100%. He and other representatives expressed their hope that this heinous practice of forced organ harvesting would soon come to an end. 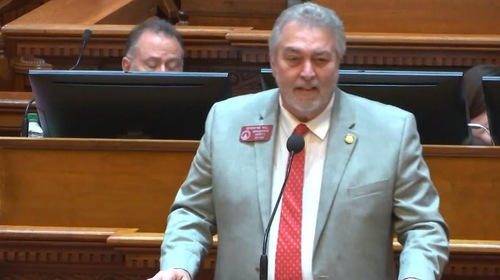 Dewayne Hill [R-GA3], who introduced the resolution, spoke before the voting.

The Georgia House of Representatives maintains an 11-member Interstate Cooperation Committee, which held a hearing on this resolution on February 12. Five of the six Falun Gong practitioners who spoke at the meeting described how they were tortured and had blood samples taken from them against their will while they were detained. These personal experiences moved many committee members to say they would fully support the resolution.

Democratic Representative Dewey McClain said that he was deeply touched by what he heard, and that the persecution of Falun Gong practitioners in China, including the forced organ harvesting, was criminal and absolutely unacceptable.

Committee Chair Matt Dollar noted that independent investigations had provided compelling evidence of the massive, systematic forced organ harvesting being orchestrated by the Chinese Communist Party. He said the waiting time for a kidney in the United States, United Kingdom, Germany, or Australia is usually three to four years, but in China a kidney can sometimes become available in just a week. 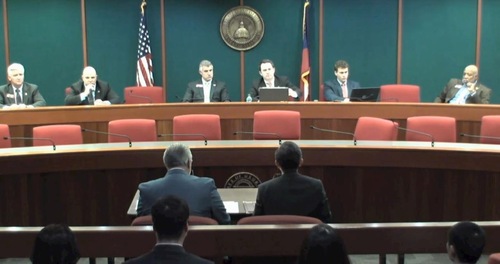 Below is the full text of the resolution.

Expressing concern regarding organ harvesting in the People’s Republic of China; and for other purposes.

WHEREAS, there continue to be persistent and credible reports of systematic, state sanctioned organ harvesting from non consenting prisoners of conscience and members of religious and ethnic minority groups in the People’s Republic of China, resulting in mass killings of Uyghurs, Tibetans, select Christians, and practitioners of Falun Gong in order to obtain organs for transplants; and

WHEREAS, China’s organ transplantation system does not comply with the World Health Organisation’s guiding principles of traceability and transparency in organ procurement, and China’s government has resisted independent scrutiny of their system; and

WHEREAS, new investigative reports conclude that the Chinese Communist Party has engaged in the mass killings of innocent people to obtain organs for transplants, and China’s official figure of 10,000 transplants each year has been understated by an order of magnitude; and

WHEREAS, in July, 1999, the Chinese Communist Party launched an intensive, nation-wide persecution of the popular, spiritual practice of Falun Gong, which is centered on the values of truthfulness, compassion, and forbearance, extra legally detaining hundreds of thousands of practitioners in Chinese reeducation-through-labor camps, detention centers, and prisons where torture, abuse, and implausible medical exams and blood tests are routine; and

WHEREAS, the United Nations Committee Against Torture and the Special Rapporteur on Torture have expressed concerns over allegations of organ harvesting from Falun Gong prisoners and have called on China’s government to increase accountability and transparency in their organ transplantation system and to punish those responsible for abuses; and

WHEREAS, the government of China is hereby called upon to end immediately the harvesting of organs from all prisoners, and explicitly from Falun Gong prisoners of conscience and members of religious and ethnic minority groups, as this practice is an egregious and intolerable violation of the fundamental right to live; and

WHEREAS, organ tourism to China should not be shielded by medical confidentiality but openly monitored, and no nation should allow its citizens to go to China for transplants until China has allowed a full investigation into organ harvesting of past and present prisoners of conscience; and

WHEREAS, the medical community in the State of Georgia is encouraged to educate our citizens about the risks of traveling to China for organ transplants so as to prevent them from unwittingly becoming involved in murder in the form of forced organ harvesting from prisoners of conscience.

NOW, THEREFORE, BE IT RESOLVED BY THE HOUSE OF REPRESENTATIVES that the members of this body urge the People’s Republic of China to end the unethical practice of forced harvesting of organs from prisoners, especially from Falun Gong and other prisoners of conscience.

BE IT FURTHER RESOLVED that the Clerk of the House of Representatives is authorised and directed to make appropriate copies of this resolution available for distribution to the public and the press.