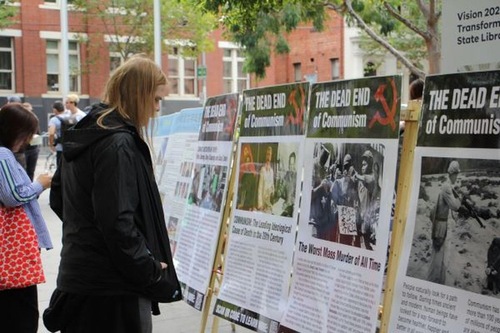 A rally was held in front of the State Library in Melbourne on March 25, 2018, to support the 300 million courageous Chinese people who have withdrawn from the Chinese Communist Party (CCP) and affiliated organisations.

The trend of Chinese people quitting the CCP began after The Epoch Times published the Nine Commentaries on the Communist Party in 2004. As of March 2018, over 300 million Chinese have submitted statements to The Epoch Times website declaring that they wish to quit the CCP, along with their names or aliases.

A member of Australia Parliament, and representatives from a NGO and Chinese communities spoke at the rally to show their support.

Staying Silent Same as Being An Accomplice

Senator Janet Rice of the Australia Parliament said at the rally that staying silent in front of the persecution is the same as showing acquiescence. Supporting the withdrawals from the CCP is supporting human rights and justice.

Rice said she also believed that Australia should demand that the Chinese regime allow international investigators to enter China to investigate the persecution of Falun Gong. She said that the Australian government shouldn’t value trade with China at the expense of human rights. Rice promised to continue speaking up for Falun Gong practitioners’ human rights. 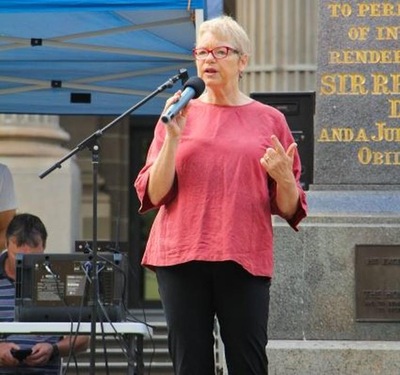 Senator Janet Rice of the Australia Parliament speaks at the rally.

Peter Westmore, former chair of National Civic Council, said that millions have taken action to part with the CCP and protest against the persecution. He said that people were not protesting against China as a country, but rather against the CCP’s reign. He wants to side with the Chinese who were persecuted and support their human rights.

Westmore in the end said that persecuting its people isn’t a manifestation of a powerful government but a weak one. A truly powerful and civilized government respects the will of its people. 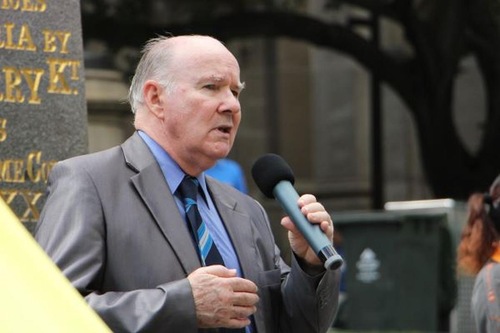 Peter Westmore, former chair of National Civic Council, pays respect to the courageous people who stand up and quit the CCP.

Ruan Jie, chief editor of Tiananmen Times, said that infiltration by the Chinese regime in Australia was threatening the freedom and human rights of the local Chinese people. He believes that quitting the CCP isn’t just about people in China but overseas Chinese as well.

The existence of the CCP is an enormous threat to the Chinese as well as democracy and freedom around the world, said Ruan. He asked that overseas Chinese and governments say no to the CCP. 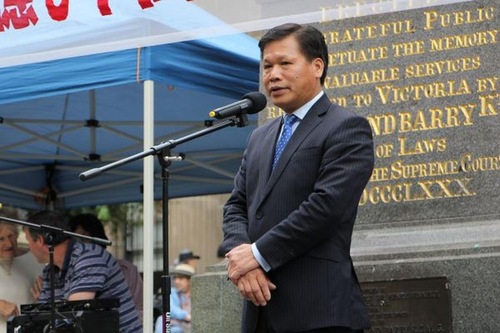 Ruan Jie, chief editor of Tiananmen Times, said that quitting the CCP isn’t just about people in China, but overseas Chinese as well.

Exciting Movement to Quit the CCP

Ms. Bridgewater said she also believed that the number would continue to grow because a peaceful way to forsake the CCP is in fact a more powerful one. She didn’t know that the CCP killed more than 80 million people in its past political movements. Everything she learned that day woke her up, she said. 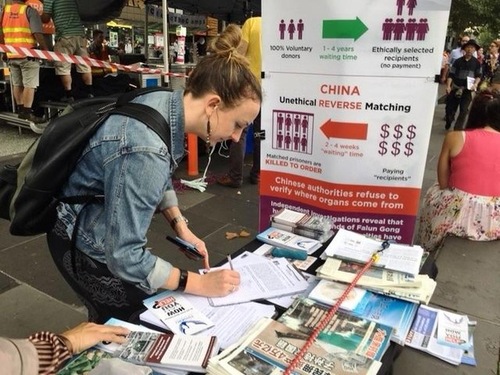 Lucy Bridgewater from London signs a petition asking the CCP to end the persecution of Falun Gong in China.

Paul Donohoe from Richmond said he had heard about the persecution before and came specifically to show his support for Falun Gong. He said that he supported the practitioners’ efforts to end imprisonment, persecution, and organ harvesting from living practitioners for transplants.

Mr. Donohoe said he believed that that rally was very important because people would see and remember it years from now, and public awareness would help with the practitioners’ effort to end the persecution. 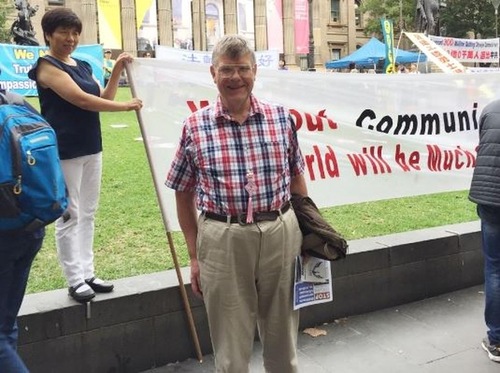