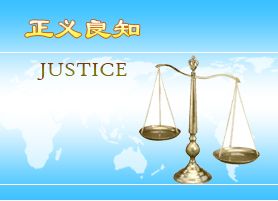 The police in Chengdu City arrested and assaulted two Falun Gong practitioners in December 2015, for distributing informational materials about Falun Gong, a spiritual practice currently being persecuted in China. Ms. Ding Hui and Mr. Zheng Bin were tried on November 24, 2016, and both pleaded not-guilty.

In the courtroom the prosecutor presented photos of fliers, magazines, and DVDs that allegedly contained Falun Gong information as evidence against the two practitioners. When a defense lawyer demanded to see the actual evidence, the judge denied the request.

The defense lawyer said, “Photos cannot be used as evidence in court according to the law.” He then took out a magazine and said, “This is a periodical published by Falun Gong, and in here are stories including how a man tried to be a good person after he started practicing.” He read the stories in court and asked the judge, “How can teaching good values be unlawful?”

Falun Gong practitioners believe that publishing literature promoting the practice and explaining to people why the persecution is wrong are their constitutional rights to speech and belief.

The Xindu District Court judge rendered a guilty verdict on December 15 and sentenced Ms. Ding to a three year prison term, and Mr. Zheng to three years and two months. The two practitioners have filed appeals with the Intermediate Court.