(Minghui.org) This past September marked the 20th anniversary of Mr. Yang Aijin’s disappearance. Since the then-33-year-old man was arrested on September 6, 2002, for doing the Falun Gong meditation outdoors, his family has never heard from him again.

Similar to Mr. Yang, countless other Falun Gong practitioners have also gone missing since the Chinese communist regime began persecuting the practice in July 1999. While some were later confirmed to have been arrested and detained incommunicado, the families of most of the others completely lost contact with their loved ones.

With the persecution still going on and the widely-reported organ harvesting from living practitioners to supply the lucrative transplant industry in China, the families of the disappeared practitioners worry day and night whether they are still alive.

Below are some of those disappearances that Minghui.org has reported on. We urge insiders to provide information about them and help their families find their loved ones.

Mr. Ji Dayou of Yunmeng County, Xiaogan City, Hubei Province, never returned home after he went out on July 27, 2019 to raise awareness about the persecution of Falun Gong.

Mr. Ji’s family went all over town looking for him, only to find the rotting body of the 77-year-old man in the reeds 50 days later. It was reported that Chengguan Police Station officers delivered Mr. Ji’s clothes to his family, but it’s not clear if it was before or after his body was discovered.

According to another local practitioner who had been arrested for talking to people about Falun Gong, Chengguan Police Station officers threatened him by saying, “Do you know how Ji died?” While the police didn’t mention Mr. Ji again, the practitioner said that they were implying that they had tortured him to death.

Prior to Mr. Ji’s disappearance, officials with the Yunmeng County 610 Office (an extra-legal agency created specifically to persecute Falun Gong) and Domestic Security harassed him several times at home and threatened to arrest him if he continued going out to talk to people about the persecution.

Mr. Yang Aijin, a then-33-year-old native of Hunan Province, fled home and moved to China’s southern-most province of Hainan to avoid the persecution for practicing Falun Gong. He was arrested on September 6, 2002, while meditating on a lawn next to his residence.

Mr. Yang’s family many times went to the police department in Hainan to look for him, only to be cursed at and threatened by the deputy chief, Lin. Although the police claimed that they had released Mr. Yang, no one has heard where Mr. Yang could be since then.

Mr. Yang’s father wrote dozens of appeal letters to the police department. He received only one reply in October 2007 that said, “Things are complicated and we will reply in 60 days.” The family has never heard back. 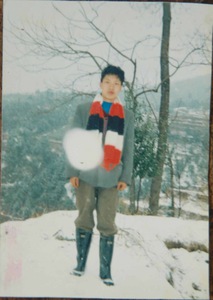 Mr. Feng Derong Missing for Decades After Becoming Mentally Disoriented as a Result of Persecution

Mr. Feng Derong, a native of Yongzhou City, Hunan Province, was mentally unstable when he was released on November 20, 2003, after serving one year of forced labor. He talked nonsense, kept falling as he walked, and didn’t know where he was going. Medical treatment had no effect on him.

Mr. Feng went missing on September 6, 2004. An unidentified person called his residential committee in 2012 and asked about him. But this person didn’t provide further information about his whereabouts. His elderly parents are still longing for his return every day.

Ms. Sun Fengying, an elderly practitioner in Jidong County, Heilongjiang Province, was arrested during a group arrest around October 1, 1999. She never returned home. When a local practitioner contacted her family, they said they assumed she had died, and burned all of her photos.

Ms. Qiu Aifang, a Yingcheng City, Hubei Province, resident of around 40 years of age, has been missing since 2016. Another practitioner said the police had been following her before she disappeared. Her family went all over town looking for her, but to no avail.

Ms. Li Yanxia, 63, of Wuhan City, Hubei Province, went missing in January 2021 when she went out. Her whereabouts remain unknown.

Mr. Piao Guangxun, 68, of Yanji City, Jilin Province, has been missing since late February 2021. The police harassed him on February 6, 2021, and intimidated the disabled man, warning him not to go out to talk to people about Falun Gong. Mr. Piao went missing shortly afterward, and his family hasn’t heard anything about him since.

Mr. Bai Shuangcheng and his wife Ms. Cui Yunyun of Tianjin have both been missing since March 24, 2021.

Mr. Zhang Jiekang, a native of Gansu Province in his 40s, was working in Beijing before he disappeared in May 2021. His wife and two sons lived in Beijing with him before he went missing.

Mr. Yu Faquan of Leshan City, Sichuan Province has been missing since March 20, 2022.

Ms. Fu Yurong of Nanjing City, Jiangsu Province, was summoned by the police on July 19, 2022, to fill out her bail release document. The police threatened to break into her home if she didn’t go to the police station. She went the next day and never returned home.

Ms. Chen Duofen of Changzhou City, Jiangsu Province, was arrested on May 16, 2020. Her family hasn’t received any update about her case since.

Ms. Wei Jinxian, in her 60s, from Xianning City, Hubei Province, was arrested on December 25, 2020, after being reported for talking to people about Falun Gong. She has been detained incommunicado ever since.

Ms. Wang Qingtian of Jieyang City, Guangdong Province, went out to distribute informational materials about Falun Gong one evening in early February 2021. She was reported and then arrested. Her family has been kept in the dark regarding her situation.

Ms. Luo Chunrong of Pujiang County, Sichuan Province, was arrested on July 13, 2021, while visiting another practitioner. The police haven’t allowed her family to visit her or informed them where she is being detained.

Mr. Wei Jinlu of Xining City, Qinghai Province, has been missing since July 2021. Minghui.org confirmed in December 2021 that someone reported him to the police. It’s not clear where he is detained.

Ms. Zhang Shushan of Changchun City, Jilin Province was arrested on February 17, 2022, and her home was ransacked. The police refused to provide information regarding her whereabouts.

Mr. Liu Yanqi, 68, from Nanyang City, Henan Province, was arrested at home on March 2, 2022. He has since been detained incommunicado.

Ms. Huang Qian of Guangzhou City, Guangdong Province had her home ransacked on the evening of April 7, 2022. Her family has not been able to contact her since April 13.