Falun Dafa practitioners in Mexico held a series of activities in July 2021 to condemn the Chinese Communist Party’s (CCP) 22-year-long persecution of the spiritual practice.

Practitioners gathered on a busy street in Mexico City. They demonstrated the Falun Dafa exercises and distributed fliers to passersby on July 18, 2021.

Ilona, who has practiced Falun Dafa for more than ten years, said, “Dafa changed my life and helped me become a better person.” She said that the principles of Truthfulness-Compassion-Forbearance guided her to face any problems with compassion. Because she’s benefited so much, she wants to share the practice and help stop the persecution. She said, “We want Mexicans to learn about Falun Dafa and the CCP’s atrocities, and help people reject evil.”

García told the media that over 100 million people practiced Falun Dafa in China before the CCP started persecuting it on July 20, 1999. Practitioners in China were imprisoned, tortured, and even subjected to forced organ harvesting.

Local media attended the press conference and published reports on their websites and social media which exposed the CCP’s organ harvesting crimes.

Reporters asked questions about the forced organ harvesting in terms of scale and its impact on the medical circle. Sarabia answered their questions and pointed out that spreading this information is important to help stop the persecution.

An article published in the newspaper The Sun of Puebla on July 16 stated, “In recent years, the number of transplant operations in China has been almost 200 times that of leading countries in the medical field such as the United States and the United Kingdom. A spokesperson for the local DAFOH said that since 2000, China has performed 1.5 million to 2.5 million transplant operations.

She added: ‘In recent years, China’s transplant centers have been the most profitable health units, with the total revenue of US $4.5 million in 2006 and $34 million in 2010, an eight-fold increase in five years.” 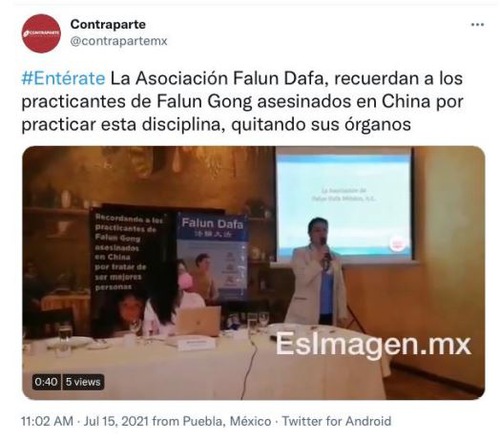 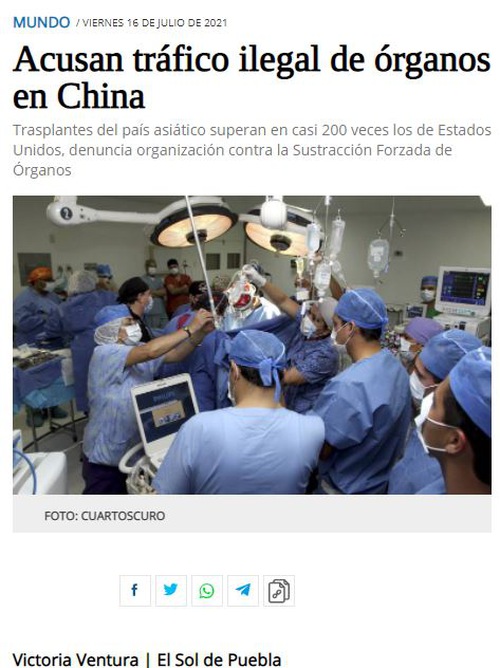 Practitioners conducted a car tour throughout Puebla’s main streets on July 16 to raise awareness. Two trucks and 18 cars with banners participated in the tour, which lasted four hours. Loudspeakers were used to tell spectators about the persecution. Practitioners also distributed fliers about Falun Dafa and the persecution when the vehicles stopped for traffic lights. 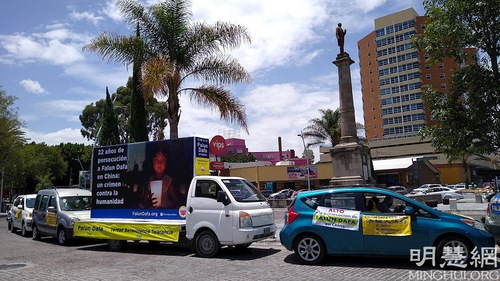