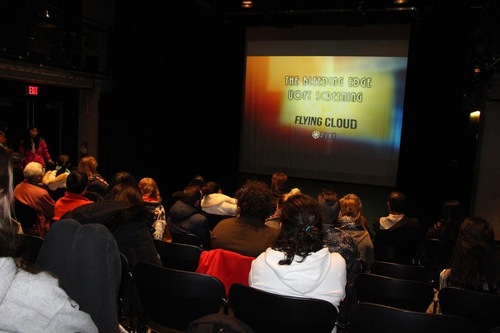 The film is a narrative feature by award-winning Vancouver-based director Leon Lee, who won a Peabody Award in 2015 for his documentary Human Harvest about the horrors of forced organ harvesting in China. The Bleeding Edge stars actress Anastasia Lin, winner of Miss World Canada 2015.

The premiere screening of The Bleeding Edge was the centerpiece presentation at the film festival. The film then screened four times at the University of Toronto Mississauga Campus’s Mist Theater, from November 8 to 11. 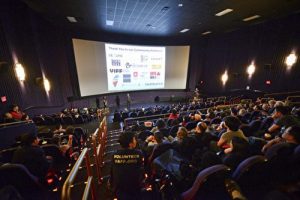 The film The Bleeding Edge screened for four times at Mist Theater in the University of Toronto Mississauga Campus from November 8 to 11.

The film centers around the story of an information technology expert from North America who was participating in an Internet censorship project called “golden shield” in China. When the man has a heart attack, he is sent to hospital for an emergency heart transplant and discovers the horrifying truth about the organ source. He decides to risk his life to help save a young mother imprisoned for her belief.

The host organization held a Q&A session after the screening focused on the CCP’s persecution and live organ harvesting.

Richard, a Chinese Ph.D. student at the University of Toronto, watched the film. He studies international human rights in Osgoode Hall Law School. “Freedom of belief is a part of life in Western countries,” he said. “The CCP forces people to renounce their belief. Falun Gong practitioners suffer pain and risk their lives to safeguard their belief. This is a sacrifice.”

Richard hoped more Chinese people will learn about the CCP’s live organ harvesting. He had successfully encouraged two of his Chinese classmates to watch the film. An independent report he had read, written by David Kilgour and others, stating that China performs 60,000 to 100,000 organ transplantations every year and that 95 percent of the organs were from Falun Gong practitioners, had left a deep impression on him.

While the Chinese regime claims that the organs used for transplant are from death-row inmates, only about 4,000 death-row inmates are executed every year in China and most of them are not healthy enough to be organ donors. Even if all these death row prisoners’ organs were used, the number of organ transplant operations they could supply could not match the large number of organ transplant surgeries carried out each year in China.

“Falun Gong practitioners suffer genocide,” said Richard. “But many governments keep silent when facing the temptation of material interest from the CCP. The Canadian government should start an investigation of this issue.”

Suzette Laqua, founder and CEO of Vancouver Web Fest, praised the film, “The film draws people’s attention to the issue.” She hoped the film would screen all over the world to expose what the CCP has been trying to hide.

Actor Ramjit Samra said the film was educational and very compelling. He had heard about the torture and live organ harvesting in China before, but did not know how severe it was.

Anna, a university employee, raised many questions after watching the film. She said, with tears in her eyes, “The organ harvesting must be stopped.” 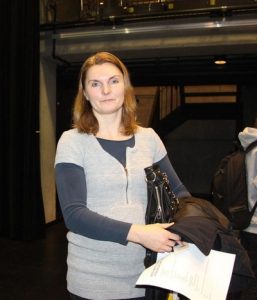 Anna, an employee of the University of Toronto.

Linda, another employee of the university who came to see the film, said that if she had faced the same issue and required an organ transplant in China, she would rather die than let live organ harvesting happen. She said if all patients receiving organ transplants considered the source for the organs in China and declined organs from live harvesting, the situation would be different. She said she would not have known about the issue if she had not watched the film.

Linda and her husband Rudi Stroble signed a petition against the persecution after watching the film. Rudi said he was shocked by the scene where Chinese doctors cut open a practitioner’s chest without anesthesia. He said he prayed for the woman while watching the film and wished someone would have come to her rescue to allow her to escape her heart being removed. 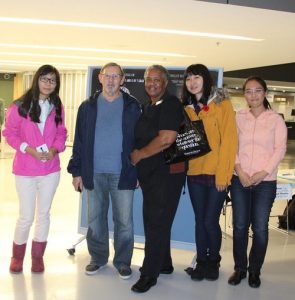 Hosting Organization Thanks the University of Toronto Student Union

The film screening was sponsored by Choose Humanity, a student organization at the University of Toronto, and supported by the University of Toronto Student Union. Choose Humanity Director Chen Xi said she knew about the live organ harvesting in China and hoped that Canada would, like other countries, ban citizens from having organ transplants in China.

“When I told the Student Union about the brutal persecution of Falun Gong in China, they said more people should know about this serious issue and that we have an obligation to do this,” Chen said.

Nooram, Secretary at Choose Humanity, said, “I feel sorrow for what is happening in China. I knew Falun Gong practitioners were being persecuted, but I did not imagine it was so brutal.” 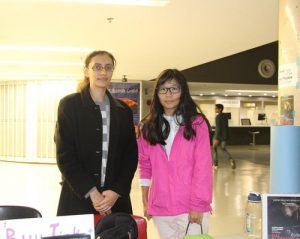 The Bleeding Edge won best drama in the film category at the 51st Gabriel Awards in the United States.

Miss Canada Anastasia Lin won the People’s Choice Award for Best Overall Performance at the VAFF in Vancouver and a Leo Award in Canada for her leading role in the film.

The film screened in the UK Parliament at the invitation of the Speaker of the House of Commons in September, and at the 20th Forum 2000 Conference: The Courage to Take Responsibility in Prague, Czech in October.