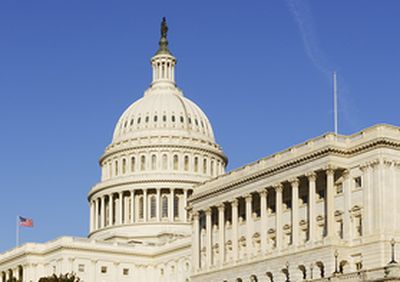 The “International Religious Freedom Report for 2015,” published by the U.S. Department of State on August 10, 2016, said China still exercising state control over religion and restricting freedom of religious belief. In particular, Falun Gong, Catholics, human rights lawyers, and some other groups are among the main targets.

The report also mentioned Wang Zhiwen, one of the volunteer coordinators for the Falun Dafa Research Society, who had been imprisoned for 15 years. “…Wang Zhiwen continued to be held under house arrest after his October 2014 release from prison. He was reported to be in poor health and lacking adequate medical care.” the report stated.

The U.S. Department of State publishes this report every year to follow the religious freedom status in countries around the globe. China was often found to restrict freedom of religious belief. The reports have many citations from articles published on Minghui.

According to the report, under the instruction of the 610 Offices, many Falun Gong practitioners were arrested and mistreated.

“In April courts in Shijiazhuang Municipality, Hebei Province, sentenced Bian Xiaohui, the daughter of an imprisoned Falun Gong practitioner, to more than three years in prison. The courts also sentenced Bian’s aunt Chen Yinghua, a Falun Gong practioner, to four years in prison,” said the report. Authorities detained these two in March 2014 after Bian held up a sign reading “I want to see my father” outside of a Shijiazhuang prison where her father, Bian Lichao, was serving a 12-year sentence for practicing Falun Gong, and Chen documented the protest online. 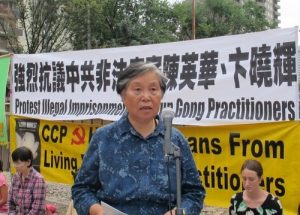 Chen Yinghua’s mother, Ms. Huang Jinling, spoke at a press conference in Calgary, Canada, on August 19, 2014, urging the release of Chen and Bian.

Minghui articles were referenced numerous times in the report. “According to a report published by Ming Hui, a U.S.-based news organization affiliated with Falun Gong, Fujian Province officials intimidated, kidnapped, abducted, sentenced, or sent to reeducation camps, 13 members of Falun Gong in the first half of the year. Among them, three were sentenced to prison and one died in police detention.”

According to information from Minghui, “Ahead of the March meetings of the National People’s Congress and CPPCC, Tianjin authorities detained at least 20 Falun Gong practitioners and confiscated Falun Gong texts, computers, cell phones, and other personal belongings.” “Minghui reported Tianjin Public Security Bureau Director Zhao Fei offered awards of 10,000 RMB ($1,540) to officers for each practitioner taken into custody.”

In addition, detained practitioners were reportedly subjected to various methods of physical and psychological coercion, such as sleep deprivation, in attempts to force them to renounce their beliefs. “…thousands of adherents in the country had been given terms of up to three years in administrative detention.”

“According to a report published by Minghui, in Guangdong Province, authorities ‘persecuted, intimidated, kidnapped, disappeared, sentenced, or sent to reeducation-through-labor camps’ 91 Falun Gong practitioners in the first half of the year. Of these, 24 Falun Gong members were prosecuted and seven sentenced to terms of imprisonment from one to four years, according to the report.”

“… many lawyers defending Falun Gong members were forbidden from meeting with their clients, faced harassment by police or officials from the justice department, and were threatened with revocation of their professional licenses unless they withdrew to allow for replacement by a court-appointed lawyer. Lawyers were unable to exercise normal legal functions in all Falun Gong-related court trials, such as by presenting defense statements or evidence or witnesses… Some lawyers were expelled by the judge on-site and ejected from the court by police.”

Some practitioners were forbidden to hire lawyers. “Human rights organisations report multiple Falun Gong practitioners were detained under suspicion of ‘subversion of state power,’ including Zheng Jingxian in June and Huang Qian in February. The detained were reportedly subjected to physical abuse and interrogations, denied access to their attorneys, or sent to reeducation camps.”

On August 25 Falun Gong practitioner Guo Bizhen was arrested by the Fuzhou police while distributing Falun Gong materials in a local residential area and subsequently denied access to her lawyer multiple times.

“Reports indicated that in September three Falun Gong members were arrested by Guangdong Province police while they were having a party at home. While one person was released, two others were sent to reeducation through labor camp. Other Falun Gong members were denied a fair trial. During the trial of Ye Guanghui in September, the court’s chief judge refused all requests to observe the trial and allowed only Ye’s lawyer to participate in the court session.”

The report highlighted the case of Gao Zhisheng, “Authorities continued to restrict the movement and access to medical care of human rights lawyer Gao Zhisheng, who had defended religious groups including Christians and Falun Gong members, after his release from prison in August 2014.”

Gao reported that after his release, government agents continued to subject him to intrusive visits at home and deny him permission to travel for medical treatment. “After detailing to a reporter the mistreatment he suffered while in prison, including beatings to his face with an electric baton, inadequate food rations, and years in solitary confinement, Gao was again detained by authorities on September 23 and released a day later.”

There were reported incidents of Chinese government interference with Falun Gong activities abroad.

“According to advocacy groups, government officials pressured venue managers and governments in a number of countries to limit the broadcast time of Falun Gong-associated radio stations, and cancel, refuse to host, or delay dance performances by the Shen Yun Performing Arts Company, which is associated with Falun Gong.”

Although Wang Zhiwen was released, he is watched 24/7 by Chinese plainclothes police details and a large number of undercover informants.

His daughter, Danielle Wang, and her husband arrived in Beijing in late July to meet her father. To bring the elder Wang to the United States, the couple stepped into the web of round-the-clock surveillance and harassment. Although they were able to secure a Chinese passport and a visa from the American consular authorities for Wang, he was stopped by customs officers on Aug. 6, just before gaining entry to Hong Kong.

Officers then snatched his passport and clipped off a corner of the document, invalidating it. They gave no explanation, other than that it had been canceled.