(Minghui.org) Falun Gong practitioners in 36 countries recently presented their respective governments with a new list of perpetrators involved in the persecution of practitioners in China. The lists were submitted on and around December 10, 2021, on International Human Rights Day. Practitioners requested that their governments bar the perpetrators and their family members from entering those countries and freeze their assets.

Falun Gong, also called Falun Dafa, has been persecuted by the Chinese Communist Party (CCP) since July 1999 (this includes torturing practitioners resulting in death and harvesting of their organs). Practitioners have recently submitted numerous lists of perpetrators to various countries requesting that sanctions be imposed against these human rights violators. This latest submission of a perpetrator list marks the first time that Estonia has participated in this effort. 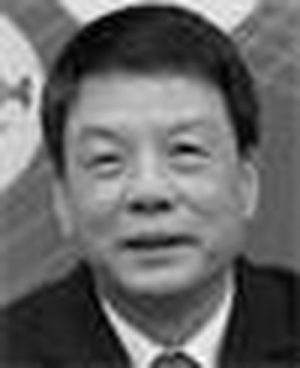 Since the CCP’s persecution of Falun Gong began in July 1999, Chen Yong has been appointed to important positions in China’s judiciary system. After becoming the Party Secretary and Chief Prosecutor of the Shandong Provincial Procuratorate, Chen Yong closely followed the CCP’s policy in carrying out the persecution against Falun Gong and has been the main director of the persecution in the procuratorate system of Shandong Province.

Multiple times during his speeches, he ordered the procuratorate in the province at all levels to “strike hard” and “resolutely punish Falun Gong.” Since Chen took office as the Chief Prosecutor in January 2018, at least 331 Falun Gong practitioners have been sentenced.

In 2019, at least 145 practitioners in Shandong faced prosecution. Among those who were later sentenced, 27 of them were over 65 years old. In the first half of 2021, 54 practitioners were sentenced to prison, which ranked fifth in the country.

Among the sentenced practitioners, five died while still in custody. They are:

1. Sentenced to 7.5 Years in Prison, Retired Colonel Dies in Prison

In prison, Mr. Gong was not allowed to buy daily necessities or take any breaks for six months because he refused to renounce Falun Gong. He also developed high blood pressure and other symptoms. He suffered a stroke and passed away on April 12, 2021. According to his brother, who saw his body, his head was injured and swollen, and blood was coming from his ears.

Ms. Li began to experience a stomachache in June 2019 while being held in the Linyi City Detention Centre. The pain later spread to her back and legs. Shortly after she was hospitalised on July 6, a group of doctors operated on her without her family’s consent. She remained in a coma after the surgery and her eyes were taped shut the entire time. The doctors claimed that she had complications in her liver and kidneys and they put her on a dialysis machine. She died on July 12 after the police removed the life support machines. Her body was cremated without her family’s consent.

3. Mr. Yao Xinren Dies after Slipping Into a Coma in Detention Centre

Mr. Yao Xinren, 51, was arrested at work on July 3, 2019. The authorities approved his arrest on August 10 and held him at the Zhangjiagou Detention Centre. The police submitted his case in December of that year and the prosecutor indicted him afterward. After nearly ten months of detention, Mr. Yao suffered a stroke on April 22, 2020. He was operated on but fell into a coma.

On February 4, 2021, without his wife’s consent, the authorities took Mr. Yao off life support and transferred him from the hospital’s intensive care unit to a senior centre with no proper medical equipment for his care. Mr. Yao passed away a week later on February 11.

Mr. He Lifang, 45, a resident of Qingdao City, was arrested on May 5, 2019. An arrest warrant was issued on May 14 and his case was forwarded to the Jimo Court on May 23. During his detention at the Pudong Detention Centre, Mr. He went on a hunger strike to protest. The detention centre guards force-fed him and beat him, leaving him covered in injuries. He became incontinent and died on July 2, 2019.

Mr. He’s family saw open cuts on his chest and back and the cut on his chest had already been stitched. His face appeared in pain and his mouth was wide open. There was blood in his nose and mouth, and blood also seeped between his teeth. The wounds all over his body, especially the ones on his legs and arms, had purplish-black needle marks. His family suspected that his organs may have been harvested either while he was still alive or shortly after he died.

Ms. Meng Qingmei, of Heze City, was arrested on May 20, 2017, for distributing informational materials about Falun Gong. She was given another term of 3.5 years, also to Shandong Province Women’s Prison.

Ms. Meng’s family received a call from the prison around June 13, 2020, that she was in critical condition. When they rushed to the hospital, she had already passed away. Her death certificate said she died from multiple organ failure due to electrolyte imbalance. The prison authorities said Ms. Meng went on a hunger strike for 28 days before she died, but they denied force-feeding or torturing her.

Ms. Meng’s family demanded her body be brought back to Shan County, Shandong Province, where she lived, for cremation, but the authorities refused to allow it. They were forced to have Ms. Meng cremated in Jinan and took her ashes home on June 16.

Ms. Zheng Quanhua, 63, a resident of Qingdao City, was arrested on July 17, 2018. Her home was ransacked. Her case was forwarded to the Jimo Court and she was tried in July 2019. The court informed Ms. Zheng’s family in late October that she had been sentenced to seven years in prison. She was taken to Jinan Women’s Prison on December 19, 2019.

Ms. Wang Cuiying, a 58-year-old resident in Heze City, was arrested on March 7, 2019, while distributing informational materials about Falun Gong. Another practitioner, Ms. Zhao Aizhen, was arrested the same evening. Although they did not know each other, the police combined their cases and submitted them together to the procuratorate.

The two practitioners were tried through a video conference by the Juancheng County Court on March 12, 2021. The prosecutor presented over 1,000 pieces of evidence, including Falun Gong books and informational materials. He claimed that the materials were produced by Ms. Zhao at Ms. Wang’s demand. He said he had Ms. Zhao’s confession to support the charge, but Ms. Zhao denied ever making the confession.

Ms. Zhao said the police did not let her read the interrogation record carefully before forcing her to sign it. Ms. Wang emphasised that she did not know Ms. Zhao before her arrest and the police and prosecutor were working hand in hand to frame them.

Mr. Wang Xueyong, in his 50s, works at the Shengli Oilfield. He was arrested at home and had his place ransacked by four officers on January 8, 2020. While interrogating him, the police kept pressuring him to “plead guilty” for practicing Falun Gong. Mr. Wang refused to comply.

When the police submitted Mr. Wang’s case to the procuratorate, they included the 96 Falun Gong informational cards confiscated from him during an earlier arrest in November 2018 as evidence to charge him.

Mr. Wang was tried in the Dongying District Court through a video conference on August 20, 2020, and was sentenced to seven years and fined 30,000 yuan on September 24. He was transferred to the Shandong Province Prison on March 9, 2021, without his family’s knowledge.

Ms. Wang Jianmin, a retired doctor in Laiyang City, was arrested on September 4, 2020, while depositing letters with information about the persecution into a mailbox at the Laiyang Unicom Company. The police ransacked her home in the evening when no one was there. Ms. Wang was taken to the Yantai City Detention Centre and put in criminal detention on September 5. Her arrest was approved on October 12, 2020. The Yantai City Intermediate Court handed down a nine-year sentence and fined her 20,000 yuan on March 26, 2021.

On August 28, 2018, Mr. Liu Naixun and his wife Ms. Wang Xilan, were arrested. Their arrests were approved 35 days later. On October 23, Mr. Zu Peiying and Ms. Li Changfang, were arrested.

The Yinan County Political and Legal Affairs Committee and the 610 Office instructed local police, the procuratorate, and the court to combine the two cases and make one “big case” in order to meet their target in “cracking down on illegal activities.”

They set up a makeshift courtroom in the Hedong Detention Centre and tried the four practitioners on January 24, 2019. The Yinan Court secretly sentenced them on March 27: