(Minghui.org) Falun Gong practitioners in 36 countries recently presented their respective governments with an up-to-date list of perpetrators involved in the persecution of the spiritual practice in China. The lists were submitted around December 10, 2021, on International Human Rights Day. Practitioners asked their governments to bar the perpetrators and their family members from entering those countries and freeze their assets.

Falun Gong, also called Falun Dafa, has been persecuted by the Chinese Communist Party (CCP) since July 1999. The hostility and ill-treatment meted out include torturing practitioners resulting in death, continuous harassment, and government-sanctioned selling of their vital organs, which also results in death.

Adherents outside China have previously submitted lists of perpetrators to various governments requesting that sanctions be imposed on the named human rights violators. The latest submission marks the first time that Estonia has participated in this effort.

Gao Jiming, Chief Prosecutor of the Heilongjiang Procuratorate, is on the list. 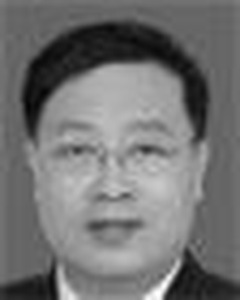 After taking office in January 2018 as the chief prosecutor and secretary of the CCP’s Procuratorate in Heilongjiang Province, Gao Jiming has closely followed the directives of former CCP leader Jiang Zemin in persecuting Falun Gong. Gao directed procuratorate offices at all levels to “severely crackdown on Falun Gong,” and “actively contribute to the fight against evil cults.” Many practitioners in Heilongjiang Province have been arrested and sentenced even though it is not illegal in China to practice Falun Gong.

In the report by the Heilongjiang Provincial People’s Procuratorate on October 16, 2019, Gao stated that “(between January 2015 and August 2019) 617 (Falun Gong practitioners) were officially arrested and 665 were indicted. In 2018 alone, there were 117 official arrests and 192 indictments.”

According to available statistics from Minghui.org, during the two years and nine months Gao served as chief prosecutor in Heilongjiang Province, at least 305 Falun Gong practitioners were indicted and sentenced—this was among the top three regions in China. After being taken to prison, the practitioners are subjected to brainwashing tactics and inhumane torture. Some died as a result of the torture.

Ms. Wang Fang, 54, was a distinguished teacher. She was arrested on October 3, 2018, and later sentenced to two years in Heilongjiang Women’s Prison. In prison, she was forced to sit on a small stool or squat for long hours. Her ears were repeatedly struck (or boxed). She was humiliated, and her face and legs were pinched and kicked. She was forced to watch videos defaming Falun Gong.

The torture caused her to suffer from headaches and numbness. She lost some functions of her hands and she had difficulty walking. In addition, she also experienced severe amnesia and fainting. She went into shock a few times. By the time she was released, she was on the brink of death. She passed away two months later on December 31, 2020.

Mr. Lyu Guanru was arrested by Ranghulu Police Station officers on November 9, 2018. He was sentenced on July 1, 2019, to seven years with a 40,000-yuan fine. He was first held in Hulan Prison and transferred to Tailai Prison in October of the same year, where he continued to be tortured.

The Tailai Prison authorities tortured him repeatedly to try to force him to renounce Falun Gong. In July 2020, Lyu suffered a stroke. Near the end of 2020, he was confined to a small cell without any heat for more than a month, despite the cold winters in Northern China. He suffered a cerebral hemorrhage on April 4, 2021, and passed away. He was 69.

Ms. Hou Lifeng was arrested along with her husband by officers from the Xingfang Police Station on June 12, 2018. They beat her in the detention centre, causing both her arms to become swollen, purple, and blue. Every day she was only given meager amounts of gruel. She was monitored and forced to watch brainwashing videos.

After months of torture, Ms. Hou’s health deteriorated. She experienced intense stomach pain, her lower body bled heavily, and her legs became swollen. Sometimes the pain was so intense that she fainted.

Ms. Hou was tried in the Yilan County Court on September 26 and sentenced to two years. She was threatened and told not to appeal the sentence. She was released on medical parole on March 1, 2019. She passed away on April 28, 2019. She was 67.

Ms. Li Yingtao, 75, was arrested on March 8, 2018, and sentenced to 4.5 years in Heilongjiang Women’s Prison. There, she was injected with drugs that caused her vision to blur. Her sentence dealt her husband, Mr. Liu Hongxin, in his 80s, a mental blow. He became depressed and passed away in October 2018.

Twenty Falun Gong practitioners from Bin County in Heilongjiang Province were arrested on November 9, 2018. The police submitted 14 practitioners’ cases to the Yilan County Procuratorate on January 25, 2019, and all of them have been sentenced:

Ms. Mou Yongxia, 72, was arrested by plainclothes police from the Harbin Railway Public Security Department on September 11, 2019. They tricked her into opening her door by claiming that they were there to inspect her water pipes. While being held in Harbin’s No. Two Detention Centre, she went on a hunger strike to protest her detention and was force-fed. Her health deteriorated. She was sentenced to six years by the Ranghulu District Court in May 2020.