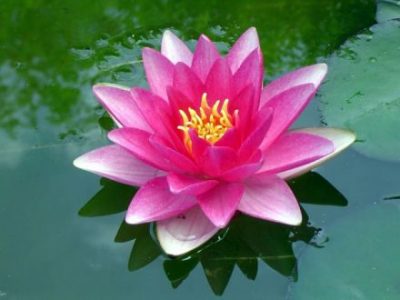 Life has changed a lot for me in the past few years. To tell you more, I have to go back several years ago.

Lost in a Maze

I was a troublemaker in middle school. My teacher often called my mother to my school but I did not care much.

When discussing this at home, I was stubborn, “What is the point of going to school and having good grades? Will I become rich by going to college?” My parents were frustrated, speechless and hopeless.

My teenage rebellion was typical and I spent lots of time on computer games every day. During the last year in high school, I decided to quit school and find a job. My parents tried to stop me, but that did not work.

But society wasn’t as simple as I thought it was, and many problems came up at my workplace. My boss and coworkers were only thinking about making more money. Even when lying, they would say things in a subtle way to shirk responsibilities.

In that environment, my goal was to succeed so that I could show off to others, even if it meant lying and employing other tactics.

But reality is reality. Work, sleep, and video games were almost my entire life. Both my work and computer games went well. Nonetheless, I still felt lost.

Somehow, I understood my body was like a machine controlled by my soul. I also heard about reincarnation, but I could not make much out of the whole thing.

The internet blockade in China tightened up and some of my games were impacted due to their overseas software servers. I heard about bad things regarding the communist party since I was young. Now, this experience further confirmed my negative notion towards the Party.

One day a friend gave me a copy of Freegate, a software tool that helps to overcome the internet blockade. There were lots of interesting news and stories on that website.

The positive information about Falun Dafa dissolved a large amount of hate propaganda described in my textbook, such as the staged Tiananmen Square Self-immolation.

I liked reading information from the site and shared it with people in the dorm. They were interested in the news and I was happy to share it.

Once in college, a student asked if I would join the communist party. “No way!” I said, “I only want to follow what Falun Dafa says.” Because I often watched commentary Youtube videos this way, my friends were surprised by my broad knowledge and that made me feel good.

One day when bypassing the internet blockade and visiting overseas websites as usual, I saw a recommended video of “Falun Buddha Law Lectures in Guangzhou”.

Out of curiosity, I wanted to take a look. Ever since I was young, I had a good impression of Master Li (the founder of Falun Dafa), thinking he was very knowledgeable with so many followers. I began to listen and found Master Li was easygoing and kind.

I smiled quite a few times by the humor while gaining lots of knowledge. “Wow! This sentence makes sense. That sentence was very true,” I thought. I knew this was something I had been searching for all my life.

After hearing the first lecture, I was very excited thinking that I had learned so much from it. When I shared this with my friends and classmates, however, they could not accept it and thought it was superstitious.

I was puzzled: they always agreed with me when I spoke of how corrupt the communist party was. Why did they have such a reaction to something so good and profound?

In addition, on the following morning, I found that the skin disease that had bothered me for many years disappeared. I did not know if it was coincidental or not, but I liked what Master Li said so I continued and finished all nine lectures.

Throughout those days, I was very enthusiastic. Back then, I had a shallow understanding of cultivation practice, but I knew Master talked about being a better person and I tried to apply his teachings in my life.

Having seen how chaotic society is and the moral degeneration, I decided to follow the teachings and become a better person.

My friends saw a big change in me and were surprised. I explained to them, “I have read Falun Dafa books. I am a practitioner now and I will treat others well because I do not want to lose virtue!” They all smiled.

Since then, I became happier and let go of bad habits. I also learned to speak softly instead of offending others. There were too many experiences for me to recount.

My life continued and tests of my moral character came before I noticed them. One day when returning to the dorm, we found all three laptop computers were missing. I shared the place with Andy and Ben, but none of us knew exactly what happened.

Andy’s parents traveled six hours and came the next morning. They suspected Ben and I stole Andy’s computer while hiding ours to cover it up.

At the police station, we were told that a particular security camera near the dorm was malfunctioning those few days. Andy’s parents suspected us even further and suggested that we admit to it before more serious consequences.

I was furious and argued with them. Andy’s father was even more upset and threatened revenge or to have a fight.

I did not know what to do and began to recite in my mind “Falun Dafa is good” “Truthfulness-Compassion-Forbearance is good” “Master Li, please help me.”

Not long after that, mother called me telling me to calm down. Since I did not do anything wrong, I shouldn’t be agitated and I should just cooperate with the investigation. I felt relieved and knew Master was helping me in this way.

Two days later, Andy found these laptops under his bed when he moved things around. It turned out someone played a trick on us.

His parents were quiet, and both Ben and I were too tired to find out exactly what had happened. Ben asked why I was so calm with Andy’s parents blaming me. I told him Falun Dafa told me to follow the principles of Truthfulness-Compassion-Forbearance. This is the best way to handle any conflicts and avoid bad consequences.

I also pointed out that I had argued a little, something I regretted later. Ben gave me a thumbs-up and said he admired my belief.

The above incident happened in October 2015, one year after I began to practice. Before that, I did not think about cultivation practice; instead, I only thought about being a better person and following Master’s words.

In early 2016, I decided to watch the video lecture another time. I watched one lecture per day and I was often in tears. Why I did feel this way?

When finishing the last lecture on the ninth day, I told myself, “I will be a practitioner!”

Master has spent so much time lecturing me and helping me to understand so many new principles. “I have heard all your words, Master,” I said in my mind, “I will not let you down. I will begin to practice today!”

With no practitioners around, I had to learn from the exercise video little by little. Later, practitioners I met on the internet told me to read Zhuan Falun, as well as other lectures.

I began to do the exercises and read the books every day. They answered all my questions and sometimes I asked myself: This is so good. Why didn’t I start practicing earlier?

Every day, I spent lots of time studying the Fa. I stopped playing video games. One day, my roommate said he felt good whenever returning to the dorm. “You are always so calm and get things organised,” he said, “I am so fortunate to live here.” I knew it was Falun Dafa that improved this environment and it was also encouragement from Master.

When looking back, I realised Master has been taking care of me since 2014. Many things may look coincidental, but they occurred for a reason.

Even my life before that helped lay a foundation for me to become a practitioner. I have been searching for a long time in my life. Finally, I found what I was waiting for.

Falun Dafa removed my selfishness and changed me to be a better person. I hope more people will learn from this experience and not miss this opportunity.