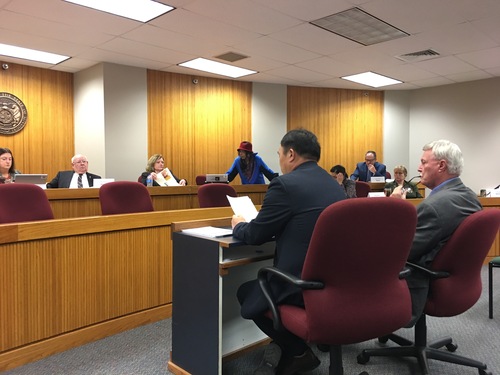 On April 25, 2017 the Missouri House of Representatives passed House Concurrent Resolution No. 7 condemning forced organ harvesting from Falun Gong and other prisoners of conscience and urging further action to stop the atrocities.

“The resolution is about trying to bring awareness to prevent a terrible injustice to humanity,” said State Representative Lynn Morris, R-Ozark, the sponsor of HCR 7, on the House floor.

Rep. Kip Kendrick, D-Columbia, spoke on the floor in support of HCR 7, “It’s definitely a human rights violation that more people need to be made aware of. So I would encourage everyone to support HCR 7 and let’s send a message to everyone.”

The resolution was met with overwhelming bipartisan support and a final vote of 149-1.

A strikingly poignant moment arose during the debate when Rep. Steve Cookson, R-Poplar Bluff, said to the sponsor, “I just want to say that as a person who needs an organ, that I am in full support of your resolution. It is the right thing to do, and thank you for bringing it forward. I support it wholeheartedly.” 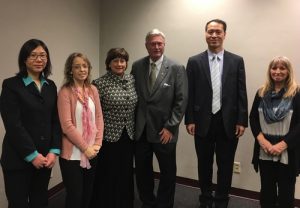 Rep. Dean Dorhman, R-La Monte, pointed out during the debate, “The resolution itself basically concerns Falun Gong, which is a traditional group, with a lot of Chinese tradition involved, some of it religious, and they’re looked on as ‘enemies of the state.’ They’re a ‘political problem’ for the Chinese Communist Party.”

Rep. Randy Dunn, D-Kansas City, added, “This is an issue where many people who practice essentially an exercise are persecuted and find themselves having their organs ripped from their bodies because of their practice.”

In response to a question as to whether the organs are harvested after the execution of a prisoner, Rep. Morris explained, “In general, they remove the organs while the people are alive. They don’t give them any kind of anesthetics because they want blood flow through all the organs at the time that they capture the organ.”

Rep. Morris said the resolution is to help warn Missouri citizens against organ tourism to China, saying, [if one goes there], “You’re probably going to be an accomplice of murder. And the organ that you’re getting may be from a murdered person, not someone who volunteered their organ.”

Falun Gong supporters and victims of the persecution in China were invited to testify at the Homeland Security Committee hearing, the first of two committee hearings for HCR 7, on February 23. One of the witnesses, biology researcher Dr. Sa Geng, told the committee how he suffered unlawful arrest in China, torture, and the loss of his wife to the brutal persecution of Falun Gong, before escaping to the U.S. 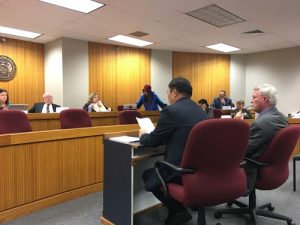 A screening of the documentary “Human Harvest: China’s Illegal Organ Trade” held at the Missouri State Capitol at the beginning of session in January helped build support and momentum for HCR 7. Rep. Morris attended along with a number of other representatives and staff members. Also in attendance was State Senator Jill Schupp, who sponsored Senate Resolution No. 8, a mirror of HCR 7. 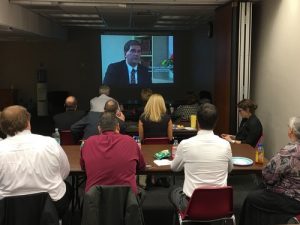 “Every State Should Do Something”

Now that HCR 7 passed in the House, as a concurrent resolution, it must also pass through Senate committee and Senate floor vote before the resolution is finalised.

WHEREAS, extensive and credible reports have revealed mass killing of prisoners of conscience in the People’s Republic of China, primarily practitioners of the spiritual based exercises of Falun Gong, but also other religious and ethnic minority groups, in order to obtain organs for transplants; and

WHEREAS, the organ transplantation system in China does not comply with the World Health Organisation’s Guiding Principles of traceability and transparency in organ procurement pathways, and the government of the People’s Republic of China has resisted independent scrutiny of the system; and

WHEREAS, traditional Chinese custom requires bodies to be preserved intact after death. With rare voluntary organ donation, however, China’s transplantation industry significantly increased since 2000; and

WHEREAS, the Department of State Country Report on Human Rights for China for 2011 stated, “Overseas and domestic media and advocacy groups continued to report instances of organ harvesting, particularly from Falun Gong practitioners and Uighurs”; and

WHEREAS, a new investigative report, published in June 2016, conducted by human rights attorney David Matas, former Canadian Secretary of State for Asia-Pacific David Kilgour, and journalist Ethan Gutmann, estimated that China is performing 60,000 to 100,000 transplants per year as opposed to 10,000 transplants claimed by the Chinese government, which is “an industrial-scale, state-directed organ transplantation system, controlled through national policies and funding, and implicating both the military and civilian healthcare systems.” And

WHEREAS, China’s Liver Transplant Registry System indicated that more than 25% of cases were emergency transplants, for which an organ was found within days or even hours. Wait times for non-emergency liver transplants were usually quoted in weeks. Most patients in other countries have to wait years for a transplant; and

WHEREAS, the Chinese government claims that 90% of China’s organ transplant sources come from executed prisoners. However, the number of executions has dropped 10% annually since 2002 and is far less than the number of transplants taking place. The government has never acknowledged the sourcing of organs from prisoners of conscience; and

WHEREAS, Falun Gong, a spiritual practice involving meditative “qigong” exercises and centered on the values of truthfulness, compassion, and forbearance, became immensely popular in China in the 1990s, with multiple estimates placing the number of practitioners at upwards of 70 million; and

WHEREAS, in July 1999, the Chinese Communist Party launched an intensive, nationwide persecution designed to eradicate the spiritual practice of Falun Gong, including physical and mental torture, reflecting the party’s long-standing intolerance of large independent civil society groups; and

WHEREAS, Freedom House reported in 2015 that Falun Gong practitioners comprise the largest portion of prisoners of conscience in China, and face an elevated risk of dying or being killed in custody;

WHEREAS, the United Nations Committee Against Torture and the Special Rapporteur on Torture have expressed concern over the allegations of organ harvesting from Falun Gong prisoners, and have called on the Government of the People’s Republic of China to increase accountability and transparency in the organ transplant system and punish those responsible for abuses; and

WHEREAS, in June 2016, the U.S. House of Representatives unanimously passed House Resolution 343, condemning the systematic, state-sanctioned organ harvesting from Falun Gong and other prisoners of conscience

WHEREAS, the killing of religious or political prisoners for the purpose of selling their organs for transplant is an egregious and intolerable violation of the fundamental right to live; and

WHEREAS, organ tourism to China should not be shielded by medical confidentiality, but openly monitored. No nation should allow their citizens to go to China for organs until China has allowed a full investigation into organ harvesting of prisoners of conscience, both past and present:

BE IT RESOLVED by the Legislature of the State of Missouri that it:

(2) Call upon the Government of the People’s Republic of China to immediately end the 17-year persecution of the Falun Gong, and the immediate release of all Falun Gong practitioners and other prisoners of conscience;

(3) Call upon the President of the United States to undertake a full and transparent investigation by the United States Department of State into organ transplant practices in the People’s Republic of China, and calls for the prosecution of those found to have engaged in such unethical practices; and

(4) Encourage the medical community of Missouri to engage in educating colleagues and residents of Missouri about the risks of travel to China for organ transplants so as to help prevent Missouri residents from unwittingly becoming involved in murder in the form of forced organ harvesting from prisoners of conscience.

(5) Agree to take measures to ban the entry of those who have participated in illegal removal of human tissues and organs, and seek prosecution of such individuals should they be found on the soil of Missouri.