Skip to content
Aug. 21, 2022 | By Minghui correspondents in Sydney

The world’s largest annual City to Surf running event has a 50-year long and inspiring history. After a two-year hiatus due to the pandemic, the runners reunited again on the brisk winter morning (in the southern hemisphere). The event raised funds for more than 300 charities.

When the runners passed by the Falun Dafa booth, many people thanked practitioners for being there. Some signed a petition calling to end the Chinese Communist Party’s (CCP) persecution of Falun Dafa. Others asked where they could learn to practice. 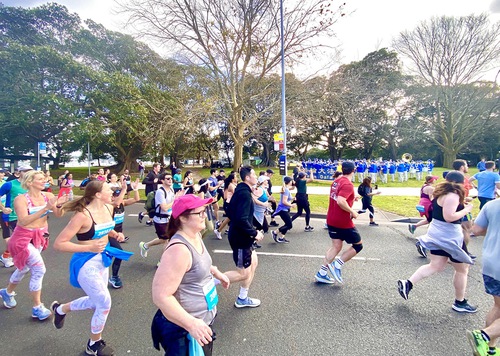 He said that the CCP controlled Chinese territory and people, and attempted to make all people into one kind of human.

“We should stop this persecution,” he said. “People can do what they want. No one should be controlled by the CCP. I think people should go their own way, like they should have freedom of belief. Others should not interfere.”

Santiago, a business owner who participated in the event, said he was drawn by the practitioners’ tranquility. He stopped to watch and took many photos.

“I enjoyed today’s running because we had the opportunity to run together and with good energy,” he said. “I stopped here because Falun Dafa is awesome. I think this way of practicing is beautiful. They look really peaceful.”

Santiago praised the universal principle of Truthfulness-Compassion-Forbearance. “Compassion is really important to us now because it’s been forgotten by the world and people tend to care more about their own success than about others,” he said.

After learning that practitioners in China were persecuted, Santiago said such evil actions should be stopped and he called on people to support and help end the persecution. “What’s wrong with peace? There’s no problem with peace. Everyone in the world wants to have a peaceful environment. That’s the guide to life,” he said.

He said he knew that the CCP was lying to remain in power. “Obviously, the CCP persecutes Falun Dafa practitioners because any group in China could pose a threat to the CCP.”

Practitioners Work Hard to Tell People about the Persecution

Local runners Susan and her husband Bryan stopped when they noticed practitioners demonstrating the exercises. They explained that they knew about the CCP’s persecution of Falun Dafa, so when they saw the activities, they immediately signed the petition.

Susan praised the practitioners and said, “I think they really work hard to let people know that they are happy to be able to express their will and their voice in a free society and do the things they love to do every day, like meditation.”

Susan also said that she and her husband have traveled all over the world, including China, and they were sad about the way the CCP treats human beings. She added, “We love the freedom Australia gives us. We are all independent beings and we are able to express our beliefs and respect the opinions of others. It is never one opinion, it is impossible.” 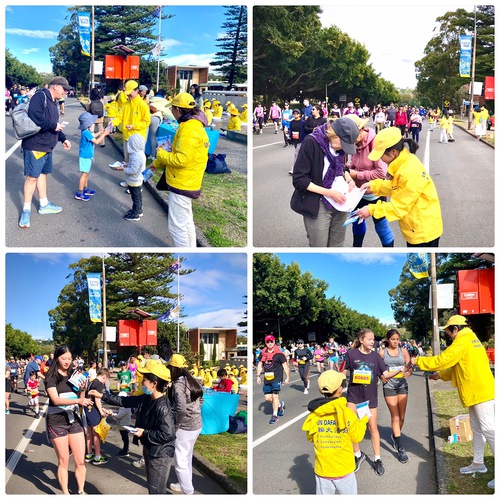