Despite the severe persecution of Falun Gong in China, many people learned the real story behind the persecution due to practitioners’ efforts to raise awareness. After seeing through the communist regime’s propaganda and showing their support, many of these people reported experiencing good fortune. 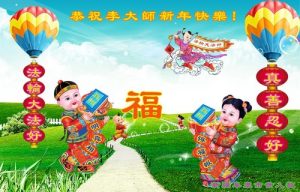 On the eve of Chinese New Year, Falun Gong supporters from throughout China sent greetings to Master Li Hongzhi, extending their gratitude for the blessings they received.

A resident of Huangpo District, Wuhan City, Hubei Province, said in a greeting letter that her 3-year-old grandson suffered food poisoning on January 4. In the emergency room, he was diagnosed with acute erythronoclastic anemia. Her son and daughter-in-law, together with her grandson, recited “Falun Dafa is good; Truthfulness-Compassion-Forbearance is good” continuously. Four days later, the young boy was completely recovered.

Four members of a family from Kaijiang County, Dazhou City, Sichuan Province said they quickly recovered from severe injuries and some surgical procedures by reciting “Falun Dafa is good; Truthfulness-Compassion-Forbearance is good.” 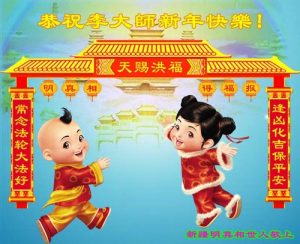 A public media worker from Beijing said in her greeting that last year her mother passed out when taking a shower in a hotel. While unconscious, the mother heard a voice telling her that only Falun Dafa could save her. She mustered all her strength and shouted in her heart: “Please help me, Master Li! Falun Dafa is good; Truthfulness-Compassion-Forbearance is good!” Almost immediately, she was able to open her eyes and she became conscious. Her ice-cold body also warmed up. 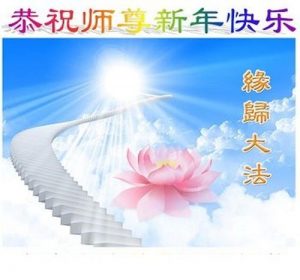