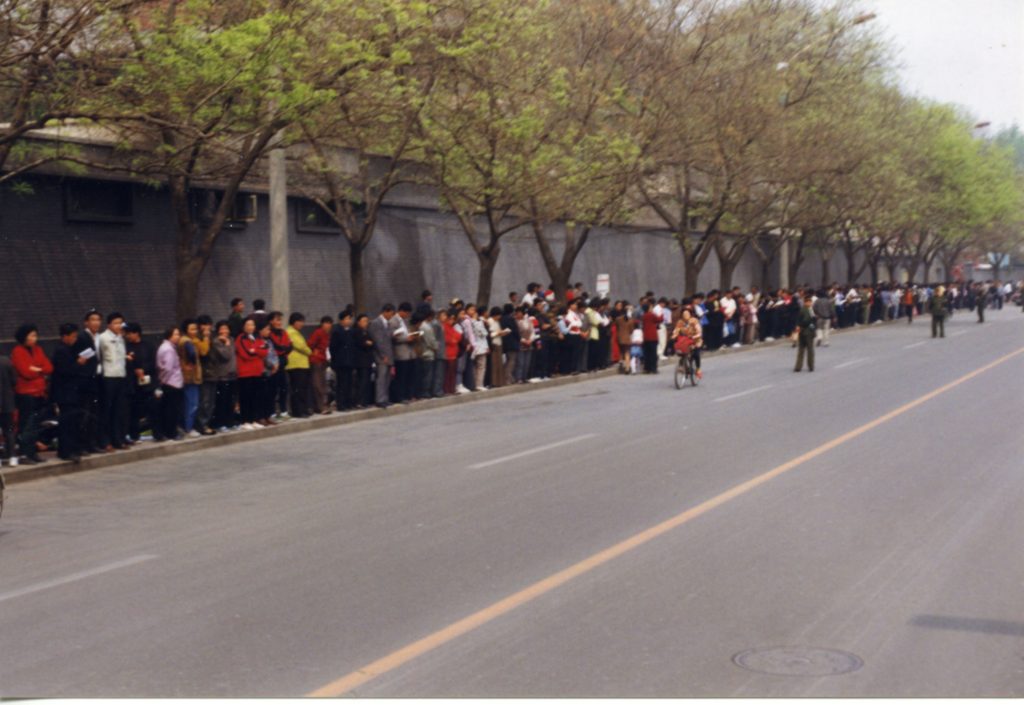 Eighteen years ago, more than 10,000 Falun Gong practitioners held a peaceful demonstration at the National Appeals Office in (Zhongnanhai) Beijing on April 25, 1999, seeking the release of several practitioners unjustly arrested days before.

In fact, it was a historic demonstration that bookmarked a page in Falun Gong practitioners’ peaceful efforts to counteract the persecution. Since 1996, three years before the persecution began, the Communist regime had already started to suppress the practice by banning the publication of Falun Gong’s main book, Zhuan Falun.

As a totalitarian state, these were common tactics used by the regime in its political campaigns to crush other groups. 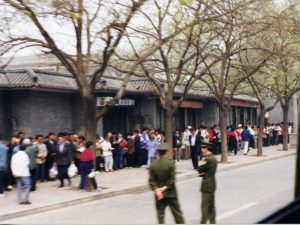 Falun Gong practitioners standing on the sidewalk at the west side of Fuyou Street, Zhongnanhai, Beijing.

Among those practitioners who went to Beijing to demonstrate, many obtained physical health after taking up the practice, many were able to understand the true purpose of life, and many became better people.

By asking for a peaceful environment in which to practice Falun Gong, they hoped that more Chinese people could also benefit from the practice and be uplifted, both physically and spiritually.

In contrast, after the persecution of Falun Gong started, the morality of Chinese society rapidly declined, and corruption prevailed among the Communist regime, from top to bottom.

Yet throughout the past 18 years, Falun Gong practitioners have peacefully counteracted the persecution, following the principles of Truthfulness, Compassion, Forbearance. No matter how badly they were beaten or tortured, there hasn’t been a single case of practitioners striking back at the perpetrators. On the other hand, although they were victimised, they sought to persuade the perpetrators to stop doing evil and expressed hope that they could have a good future. 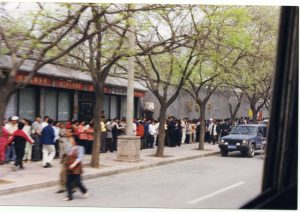 The demonstration by Falun Gong practitioners standing on the sidewalk at the west side of Fuyou Street, Zhongnanhai, Beijing, was very peaceful.

With the practitioners’ persistence, many people began to recognise their efforts. Despite the persecution, the practice has spread widely and people around the world have taken up the practice.

In China, more and more perpetrators have understood the facts about Falun Gong and no longer participate in the persecution. Recently, there have been cases of practitioners being acquitted of all charges by the Chinese courts and Procuratorate.

I believe that it won’t be long before the persecution of Falun Gong ends. The morality of the Chinese people will be on the rebound, and the values of Truthfulness, Compassion, Forbearance will again be embraced. The land of China will prosper again.