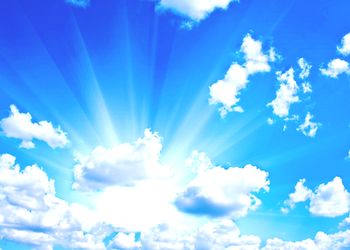 Around 100 Australian Falun Dafa practitioners attended an experience sharing conference online on May 27, 2020. Seventeen practitioners talked about their experiences of explaining the facts about the spiritual discipline to people from China, as many people in China are still misled by the Communist regime’s years of hate propaganda.

Due to the coronavirus pandemic, Chinese tourists have stopped coming to Australia for the past few months. Instead of clarifying the truth in person, practitioners have started making phone calls to China.

Ms. Wen has been clarifying the truth to Chinese tourists at famous places in Sydney for many years. After the pandemic broke out, she started making phone calls to people in China instead. She makes around 50 calls to people in Wuhan each day and plays recordings of herself reading articles from the Minghui website about people who recovered from coronavirus after reciting “Falun Dafa is good.”

A practitioner recently told her about making automated phone calls to China using cell phones, and she started to adopt this way of transmitting information about Falun Dafa.

“It is very simple and convenient. Everyone can do it. Because Australia and China are in the same time zone, it is very suitable to use this method to tell people about Falun Dafa.”

Li Yin, a practitioner in Melbourne, spoke to a woman in Wuhan. When Li Yin told the woman that she is a Falun Dafa practitioner, she said: “I’ve been waiting for you. I received a message about Falun Dafa earlier and have been wanting to know about it.”

She told Li Yin that she is a single parent. Her son was sentenced to death for killing someone. Her son-in-law left home, leaving behind a pair of five-year-old twins. She has to go to work and take care of her grandchildren. She also has to seek help for her son’s court case. The Wuhan virus was the last straw for her troubled situation. She was extremely worried for her family.

Li Yin cleared up the misinformation about Falun Dafa spread by the Communist regime and encouraged the woman to withdraw her membership in the Chinese Communist Party. She told the woman to recite the phrase “Falun Dafa is good. Truthfulness-Compassion-Forbearance is good.” The woman kept thanking her for the phone call.

Li Yin shared an experience that she had making phone calls to perpetrators of the persecution of Falun Dafa practitioners in China.

The person was a police officer in Huludao City, Liaoning Province. He did not answer after she dialed the number five times. On the sixth attempt, he picked up the phone and started cursing before hanging up.

When Li Yin tried the seventh time, she told him: “Do you know why I’m calling you? It’s because you are in danger. If the CCP falls, you will be held accountable for its crimes. Because you have been involved in persecuting practitioners, you will be punished by heaven for your bad deeds. If you want to be protected from the coronavirus, I suggest you quit the CCP and sincerely believe Falun Dafa is wonderful.”

The officer listened to her quietly. Finally, Li Yin gave him the link to a website where he can read more about the CCP’s persecution of Falun Dafa. The police officer thanked her at the end of their conversation.

Ms. Dong wrote some simple instructions to help practitioners get onto the platform to make phone calls. She receives quite a few questions from practitioners every day.

“Although they are very small and simple matters, they are still a test of my xinxing. I must maintain a peaceful state of mind and not have any negative thoughts. I’m grateful for other practitioners giving me the opportunity to progress in cultivation. I recognise that this is part of my mission at this time and something that I should do,” she said.

Young Practitioner: I Only Wish You Well

Joanna is a young practitioner living in Sydney. She began to make phone calls to China after the coronavirus outbreak started in Wuhan.

Since early April, she has been making phone calls from 10 p.m. to midnight daily. She also has to work, find time to read the teachings, and do the exercises. It is not an easy thing for her, as she is used to going to bed early and waking up early.

“In the beginning, by 10 p.m. I wanted to sleep and did not feel like making phone calls. I thought about my responsibility as a Dafa practitioner and the plight of those in China. I decided to overcome my complacency and laziness. It was then easier to persist in making phone calls each day,” she said.

“I was very nervous initially and would stammer while reading the script. The other party would hang up. Practitioners gave me some useful tips and kept encouraging me.”

“There is a phrase in the script which says ‘I only wish you well.’ I found it hard to say this to a stranger. But as I kept making calls every day, as well as studying the teachings daily, I came to understand that every call we make is a sincere wish for the other party to feel our sincerity and kindness. We hope to let them know Falun Dafa is good so that they will have a bright future. Now, it is very natural for me to say to them, ‘Quit the CCP, I only wish you well.’”

New Practitioner: All Six Landlines in a Court Listened to Me

Ms. Feng is a practitioner in Sydney who began to practice Falun Dafa at the end of 2017. She realised the urgency of making phone calls to China when the Wuhan virus broke out earlier this year.

She started out by making phone calls to people in China’s police force, courts, and procuratorates. “I felt like quitting because I was never interested in politics and did not like to deal with officials,” she said.

“A practitioner told me that it is not easy to rescue these people by getting them to quit the CCP, but the phone calls can create an environment for practitioners in China to save people. While making phone calls, your attachments will be exposed and it is a chance to get rid of them. Furthermore, practitioners have already prepared scripts. I thus decided to give it a try.”

When Ms. Feng first started, she felt nervous and could not read the script clearly. The person at the other end would ask: “What are you talking about? Call me again when you are more familiar with your script.”

“I once phoned a court in Anhui Province. A practitioner had shared that the sound of the phone ringing is enough to shake the evil. I was not worried if the call would be picked up. I kept dialing one number after another. All six landlines were answered. A young female judge picked up the call twice and listened for more than 10 minutes. She initially tried to threaten me, but I did not give up and tried to bring out the kindness in her. I told her some basic information about Dafa. She jotted down the link to break through the internet firewall and agreed to quit the CCP.”