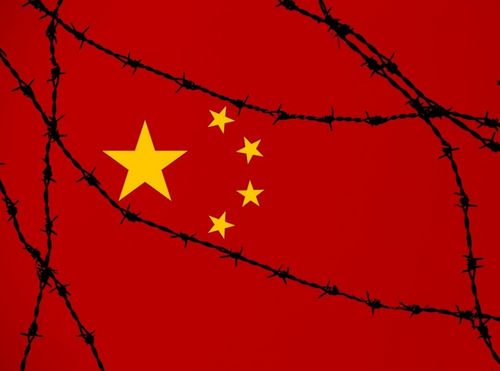 Violent aggression and deception are two distinctive traits of the Chinese Communist Party (CCP) in both its rule of the Chinese people and its maneuvering on the international stage to gain the upper hand over its opponents. It has shown such traits more explicitly during the current pandemic.

According to researchers at Carnegie Mellon University, nearly half of the Twitter accounts spreading messages on the social media platform about the coronavirus pandemic are likely bots.

“We culled through more than 200 million tweets discussing the virus since January and found that about 45% were sent by accounts that behave more like computerised robots than humans,” researchers stated.

Even though they could not say conclusively which individuals or groups are behind the bot accounts, the tweets appeared to be aimed at sowing division in America. “…It looks like it’s a propaganda machine, and it definitely matches the Russian and Chinese playbooks,” said Professor Kathleen Carley at Carnegie Mellon University.

What the CCP’s Foreign Ministry spokesman Zhao Lijian said in his tweet on March 12 and the Party’s behavior seem to affirm the assumption.

In his tweet, Zhao claimed with little supporting evidence that “It might be US army [sic] who brought the epidemic to Wuhan.” The CCP has mobilised tens of thousands of “network supervisors” (paid social media users who censor information and post pro-CCP content) to propagate the idea to instill hatred against the U.S. among the Chinese people.

Its Twitter campaign is only one of many examples of how the CCP spreads propaganda and disinformation to the world. And it is during the coronavirus pandemic that the magnitude and depth of its propaganda campaign, both at home and abroad, are being put on full display.

For decades, the CCP has been systematically replacing traditional values with the fighting and “struggle” ideology of communism. Growing up on wolf’s milk, many young minds were nursed with high esteem and pride in the CCP’s “supreme leadership” while bearing a deep, xenophobic grudge against the West.

After the Wuhan coronavirus spread outside of China and more and more people became infected around the world, countless posts appeared on Chinese social media platforms that took great pleasure in the situation, such as “Go, coronavirus!” or “Well done!”

There were also rumors such as how “Brazil’s president came down with the infection” and “won the first place in getting the virus among prominent world politicians,” and so on and so forth.

While some of the posts were made by bots or internet trolls as indicated above, many more were from China’s next generation of die-hard young digital warriors known as “Little Pinks,” who fanatically defend the CCP with name-calling rhetoric to attack anyone who is “anti-CCP” or “anti-China” by their definition.

At one point, a giant inflated arch was erected outside a well-known restaurant named “Grandma Yang’s Congee Store” in Shenyang, Liaoning Province, with a slogan on top reading “Wish Japan a Long-Lasting Epidemic.” A photo of the arch was quickly spread with cheers among social media groups in China.

When the British Prime Minister was fighting for his life due to coronavirus infection, more than 440,000 paid posters gave their thumbs-up. Even a state-controlled TV station congratulated the U.S. on “winning first place” when the U.S. became the country with most infected cases. Likewise, the cyber warriors celebrated when Italy, Spain, France, Germany, Japan, and others were hit hard by the virus.

Taking a Look Back

To fully understand how the CCP’s propaganda machine grew to the size it is today, it might be helpful to look at its history.

Such directives set the tone for the “Big Character Posters” encouraged by Mao Zedong to criticise, abuse, and frame “bourgeois counter-revolutionaries.” Many innocent people were so unscrupulously attacked that they resorted to suicide to escape the suffering, while the perpetrators did not need to bear any legal responsibility for their conduct because they were acting in the Party’s interest.

Such lawlessness was also extended overseas and to foreign embassies in Beijing, encouraged by Mao’s directive of March 1967 that Red Guards “should not only be internal revolutionaries but also international revolutionaries.” Embassies of “unfriendly countries” were violated, and their staff were harassed and beaten.

Most shocking of all was the siege and destruction of the British Charge D’affaires Office in Beijing on the evening of August 22, 1967.

Thousands of rebels flocked in front of the office and held a mass meeting to “condemn British imperialist anti-China crimes” before setting fire to the building and cars. Charge d’Affaires Donald Hopson and his staff had retreated to a secure area but had to come out later when the building was set ablaze. They were beaten, kicked, and humiliated. Donald Hopson was also forced to bow to Mao Zedong’s portrait to admit his “guilt.”

“The mob greeted us with howls of exultation and immediately set about us with everything they had,” Hopson later wrote about the violent incident. “We were hauled by our hair, half-strangled with our ties, kicked, and beaten on the head with long bamboo poles. I do not know how long this lasted.”

The CCP’s mouthpiece People’s Daily supported the lawless hoodlums and praised them in its report the next day: “Over 10,000 Red Guards and revolutionary masses in Peking surged to the British charge d’affaires yesterday evening in a mighty demonstration against the British imperialists’ frantic fascist persecution of patriotic Chinese in Hong Kong…A meeting in condemnation of the British imperialist anti-China crimes was held in front of the office. The enraged demonstrators took strong actions against the British charge d’affaires office.”

Fifty years have since passed. Though the West had long hoped that China would reform into a more democratic and open society along with its economic development, the thought has largely been reduced to wishful thinking.