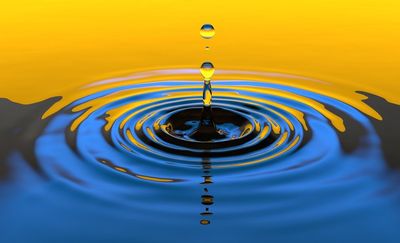 In 2001, the best local hospital refused to admit me. The doctor said, “Go home. Eat whatever you want. You’re already resistant to whatever drugs we could offer you.” I knew that he was telling me I was beyond medical help and that I should just go home and wait to die.

The place where I worked was about to shut down, so I would only get partial reimbursement for my hospitalisation. My daughter was in middle school. I thought that, when my daughter was older, I would end my life of pain.

I had many incurable conditions, including rheumatoid arthritis, migraines, uterine adhesions, stomach problems, and inflammatory bowel disease. I had pharyngitis and coughed nonstop. My mouth was often filled with ulcers.

Because of the rheumatoid arthritis, my right side was numb and my joints were swollen and deformed. The pain from the migraine headaches was so bad that I wanted to beat my head against a wall. I usually menstruated for more than ten days at a time due to the uterine adhesions. I was so weak that I couldn’t even pick up a broom.

I started my own business, a convenience store, in June 2002. One day, my husband’s friend showed me an article in a newspaper that slandered Falun Dafa and disagreed with it, saying, “Falun Dafa is awesome, but the Chinese Communist Party (CCP) doesn’t let people practice it.”

I was curious and asked what Falun Dafa was. Someone said, “David (alias) practices Falun Dafa. He used to practice martial arts. He was recently incarcerated in a drug rehabilitation centre. I heard that he’d be released if he renounced Falun Dafa.”

I’d known David since he was a child and felt bad to hear he was detained. I knew that detainees were forced to sleep on a dirty floor in dark cells. They had little food. His refusal to give it up made me even more curious about Falun Dafa.

A few days later David and his wife came to my store. I asked him why he didn’t sign the statement to give up practicing Falun Dafa. He smiled and said, “You’ll understand if you read Falun Dafa’s teachings. Truthfulness, Compassion, and Forbearance are our guiding principles.”

His wife seemed nervous and said, “How can you still tell people about it?

I was almost crazy with worry when you were incarcerated in the drug rehabilitation center for several months. The police beat you so badly.”

He explained, “Several policemen dragged me out of my cell and kicked me around like a ball.” I asked David why he didn’t fight back since he practiced martial arts.

“If I fought back I would have beaten them,” he said. “But I practice Falun Dafa now. Master Li teaches us to be tolerant and to not fight back when we’re beaten and not talk back when we’re cursed.”

I was even more curious about Falun Dafa and asked if he could lend me a book to read. I finished reading the book Zhuan Falun in one night. I felt the teachings were profound and taught people how to be good. I wondered why the CCP persecuted practitioners. I decided to practice Falun Dafa.

All My Illnesses Disappear

Three months after I began practicing, all my ailments disappeared. Since 2002 I haven’t taken a single pill. I’d like to tell you how my migraine headaches stopped.

I woke up feeling miserable one day with flu-like symptoms. I had a fever, a runny nose, a cough, and a headache. Another practitioner asked if I could participate in an effort to rescue an incarcerated practitioner. I agreed and we went to the train station. We bought tickets for two berths and two seats.

The trip took about ten hours. The train was so crowded that many passengers stood in the aisles. The train started as soon as we reached our seats. My symptoms became worse and I was thirsty. I lay down on my berth.

Through my inner eye, I saw two fireballs the size of footballs move up and down my abdomen. I was so thirsty that I could not speak. At that moment, it felt like a long needle pierced the left side of my face near my left ear and passed through the right side of my throat. I passed out.

I woke up before the train reached our destination. I put in my earphones to listen to the recordings of Master Li Hongzhi’s teachings. I heard Master say that some people have diseases in their brains. In order to adjust their brains, he needs to put them to sleep. I felt relieved and my symptoms gradually eased. I repeatedly thanked Master for removing the root cause of my illness.

One of my relatives also had chronic headaches and was told she had a brain tumor. Her children urged her to have it removed. The hospital told them that the outcome couldn’t be guaranteed, and the doctors refused to take responsibility if the surgery wasn’t successful. Two weeks after the operation, she died.

When I thought about what had happened to her I was immensely grateful to have found Falun Dafa!

After I began to practice Falun Dafa, I realised that everything happens for a reason and that peoples’ illnesses are caused by karma. If you want to enjoy good health, you have to be a good person.

From the Fa, I understood the importance of improving my character. I should consider others first and be kind and patient. I should use the principles as my guide. Here are two small examples of how my character improved after I began practicing.

After the place where I’d worked shut down in 2006, I opened another business. Due to road construction, the water pipes needed to be relocated. The water was shut off, in each district in turn, for at least one week.

My store used water from a commercial water plant, which charged twice as much as home-use water. Because I practiced Falun Dafa, I did not pay attention to gain and loss.

I connected a long water pipe to my store. I let people in our area, including those who had restaurants, get water from my store. I did not charge them a penny. Everyone was very grateful. I told them I did this because I practiced Falun Dafa.

A friend’s niece had a rental apartment in my building. Her apartment was on the second floor, and her niece asked her to manage the apartment.

She had to clean the apartment for a new tenant, but due to a health issue, she could not be present. Since I lived in the building, I offered to help her. I found a reliable person to clean it. I also gave the cleaning lady water. My friend’s niece was very grateful.