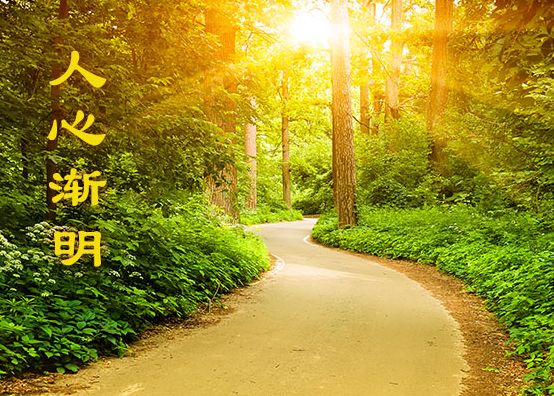 What residents in Wuhan, at the epicentre of the COVID-19 outbreak, have seen and heard is completely at odds with what state-run media and Chinese Communist Party (CCP) officials have claimed.

Many Wuhan residents are infuriated at how the regime has treated people during the outbreak.

The CCP intentionally covered up the coronavirus outbreak in Wuhan and then spread misinformation, causing the deadly virus to spread around the world.

The CCP continues its attempts to deceive the Chinese people by covering up news about the virus, spreading rumors, and persecuting individuals who dare to speak out.

Chinese netizens have reported that local mental hospitals are full and people have been committing suicide by jumping from tall buildings. Many families in Wuhan are facing starvation due to the forced lockdown.

China’s state-run media has been spreading propaganda stating that the epidemic is now under control.

Many in China now doubt the credibility of these reports, especially while so many people are still struggling to get their hands on food and medicine.

Throughout this humanitarian disaster, Falun Gong practitioners outside of China have been making phone calls to people in Wuhan to give them accurate information about the spread of the virus and help them stay safe.

Falun Gong Practitioners have been advising people to distance themselves from the Communist Party to have a safe future. Many people in Wuhan who answered these calls from Falun Gong practitioners were moved to tears.

Daughter of a Hospitalised Father

A Wuhan resident in her 30s posted a message online urgently seeking help.

Her father, who is in his 60s, had an intestinal obstruction and was hospitalised in an intensive care unit awaiting surgery. Because the hospital was too busy with the overwhelming number of coronavirus patients, the surgery was canceled.

The woman received a call from a female Falun Gong practitioner. The practitioner commended her for being such a devoted daughter and posting a message online asking for help.

“Sons and daughters should respect their parents. Anyone in your situation would do the same,” the practitioner reassured her.

The young lady replied, “My father is still in the hospital, but I don’t know how he is, because we are not allowed to visit him. The situation in Wuhan is terrible. So many people are ill and so many have died.”

“Your father would have had the surgery if not for the epidemic,” the practitioner said. “I called you because you care about your father. You must keep being kind, and pray for him.”

The young woman asked how she should pray, given the circumstances. The practitioner told her to recite two phrases: “Falun Dafa is good. Truthfulness-Compassion-Forbearance is good.”

“Only Falun Gong cares about us,” the woman said, now in tears. “Actually, I often browse overseas websites by getting around the Internet firewall. Their news is quite different from what the media in China report. We have been deceived.”

“You can visit the Epoch Times and NTDTV websites,” the practitioner suggested. “They are the biggest media outlets not controlled by the CCP. You can also visit the Falun Dafa website and Minghui.org.

“You want your father to get better, so start reciting the two phrases and ask your mother to recite them, too. If you can call or visit your father, you must ask him to quit the CCP.”

“I want to quit the CCP,” the woman said. “I am a Communist Youth League member. My father does not belong to the CCP.”

“All right. I’ll give you an alias to help you quit the Youth League,” the practitioner said. “It means ‘Peace,’ and at this time peace is very important. You can encourage your mother to quit the Party, too.”

The practitioner then explained more about the phrases to the woman, “Why will reciting ‘Falun Dafa is good. Truthfulness-Compassion-Forbearance is good’ work even if you don’t see your father?

Because Falun Gong is a high-level Buddha school practice that carries righteous energy from the universe. Reciting the phrases will bring you peace.”

“Don’t believe the CCP’s atheism. The Party persecutes Falun Gong. Divine beings will not protect those who follow the Party. Do you understand?” The woman agreed and continued weeping.

“I hope your family will overcome this disaster. Your father will get better, believe me, because Dafa is saving kind people. I called you from thousands of miles away and you answered. That indicates you have predestined relationship with Dafa.”

When the young woman expressed her gratitude, the practitioner told her to thank Master Li, the founder of Falun Gong. The young woman said, “Thank you, Master Li. Thank you!”

A Resident in a Locked Building

A man in his 50s and his family in Wuhan were locked in their building by the authorities and facing impending starvation. He received a call from a Falun Gong practitioner, and after speaking with her, quit the CCP and its affiliated organisations.

“I thought someone would take care of us and help the residents in the building,” the man said. “But we are not allowed to go out. We don’t have anything to eat at home. There are vegetables for sale downstairs, but they’re expensive, seven or eight times more than before.

“We don’t have the money. We are poor people and could starve. The CCP does not care about our lives. What the Party said is lies. It is nonsense that there are no more outbreaks and zero new cases. The Party is lying. They want to starve us to death.

“I hope you will report on our difficulties and let the rest of the world know the truth. Help us. The CCP is lying and locks us in our homes without providing any food. Please help us call for help.”

“I wanted to before, but I didn’t know how,” the man said. “I know the truth about the Party. Now you call me. This is truly a blessing from divine beings!”

“I will give you an alias to quit the Party,” the practitioner said. “You can recite the phrases ‘Falun Dafa is good. Truthfulness-Compassion-Forbearance is good.’ You will be blessed and get through this tribulation.”

“I understand,” the man said. “Thank you! You have given me hope at a time when we are struggling to live. Only you Falun Gong practitioners can save us now.”

“The ‘Wuhan virus’ has spread around the world because of the CCP’s cover-up,” the practitioner said. “It has become a pandemic, causing widespread fear. Italy and Iran are close friends of the CCP and have suffered badly from the virus.”

The man said this was the first he had heard about this.

“The CCP has brutally persecuted Falun Gong since 1999, which has led to a massive downslide in morality.

“There’s a saying from ancient times that those who do wrong will incur retribution. Plagues and invasions of locusts are not coincidences. The CCP deceives people, and people who are deceived then run into trouble.

“The CCP has persecuted Falun Gong for 20 years. Falun Gong practitioners have been clarifying the truth and advising people to withdraw from the Party, but many people don’t believe what practitioners are saying. And they follow the CCP to defame Falun Gong and even harvest organs from living practitioners. Heaven is therefore punishing the CCP and its followers.”

When the man agreed, the practitioner told him more about Falun Gong and the persecution, and then reminded him to recite the two phrases for a safe future. The man said he believed what the practitioner had told him.

The practitioner also told him to help his family members and friends learn about all of this, so that they would also be blessed. He agreed and said he appreciated the practitioner’s efforts.