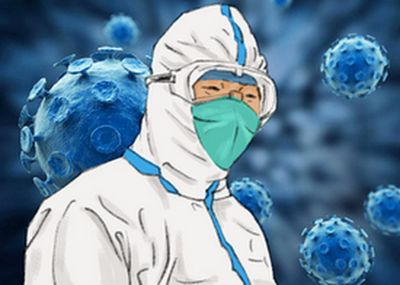 The unprecedented public health crisis has led many journalists to investigate the Chinese Communist Party (CCP)’s cover-up of the epidemic, which originated in Wuhan and quickly evolved into a global pandemic.

Many of the journalists also examined whether Italy’s close partnership with China has further worsened the situation.

In a report by formiche on March 11, journalist Mattia Soldi said, “Faced with one of the biggest crises in Italy’s history, the media now has the duty to inform and inform well more than ever.”

Below is a collection of recent media reports in Italy about their findings.

Tempi: “If the World is in Trouble, It Is the Fault of the (Chinese) Regime”

On March 11, a report by Tempi directly pointed out that the CCP is the ultimate reason for the disaster the world is facing today.

The article said that “the authoritarian nature of the Chinese government is so efficient when it comes to constraining and repressing that it allowed the virus to spread undisturbed for at least two months.”

“If today Italy (and also France, Germany and many other countries) is on its knees, it is because in early December, China did not reveal the incident of Wuhan residents in the hospital with serious respiratory syndromes similar to those caused by SARS.”

The article asked, “Why, despite the fact that Wuhan’s hospitals have been full and run out of beds for days, have no newspapers raised the alarm?

Why didn’t the mayor of the city say anything until January 23 while allowing its residents to freely leave Wuhan and infect the entire country and subsequently the world?”

“Simply, it is because the Chinese authoritarian system has prevented the dissemination of information, by both the press and local authorities.

How many infection and death cases would have been avoided if China had become a democratic country?”

The article further commented, “Both the World Health Organisation (WHO) and (Italian) newspapers are praising the Chinese quarantine system, but they do not ask why on Friday, March 6th, when vice premier Sun Chunlan went on an inspection tour in Wuhan, some shouted from their balconies, ‘Fake! Fake! It’s all fake!’”

The Tempi report cited a story from The New York Times about Bella Zhang, a 25-year-old perfume salesperson in Wuhan.

Zhang’s family members contracted the CCP virus one after another, from her grandmother to her grandfather and mother, and then herself and her younger brother. Her 50-year-old father was the only one who didn’t get the virus.

The family pleaded for help but were turned away by the hospitals, which were struggling with an extreme shortage of beds.

After Zhang’s grandfather passed away at home on February 1, his family became infuriated at the government’s slow response to the epidemic and the denial of basic dignity, especially when his body was removed like “a dead pig or a dead dog.” He was immediately cremated, but the authorities didn’t attribute his death to the virus.

In Wuhan, there could be many more people just like Zhang’s grandfather, who fell ill and searched in vain for a bed in a hospital.

Some were never tested despite their symptoms. Most of them were hastily placed in self-quarantine, abandoned by the authorities, and died at home.

The Tempi report asked, “When the WHO praises the Chinese communist government, is it because the mortality rate in China was only 3.8% and Italy’s was already close to 5%?

How can one believe Beijing’s figures? And how many more Mr. Zhangs are there in China?”

It went on to say, “In Lianshui City, Jiangsu Province, an entire family was locked at home with metal bars welded on their door by local authorities.

A sign was placed on their door, reading: ‘A person who has returned from Wuhan lives here. No one is allowed to contact them.’”

This family said if it weren’t their neighbors who threw food to them from the balcony, they would have all been starved to death.

There have been many similar quarantine cases similar to the Lianshui family in China set up by “enthusiastic” officials. But not everyone has a kind-hearted neighbor like they do. “Faced with such extreme cases, how can you praise the Chinese-style quarantine models?”

In the end, the article criticised information online that praised the Chinese authoritarian system. They also reminded the Italian government to improve its emergency management, stop sending mixed and confusing signals, and forget about the “China model.”

Formiche: “From the Silk Road to the Coronavirus. Here’s Who Relaunches Chinese Propaganda in Italy”

Italy was the first G7 Nation to join China’s Belt and Road Initiative (BRI) in March 2019.

Launched in 2013 and sometimes referred to as “the New Silk Road,” the BRI project was believed to be a channel for the CCP to expand its economic and political influence from East Asia to Europe.

Many analysts were wary of China’s ambition to become a world power and suspect the BRI could be a Trojan horse for China-led regional development and military expansion.

After the coronavirus exploded in Italy, the CCP claimed that it donated much medical aid to Italy and promoted the narrative to portray itself as the savior of the world. Some Italian officials embraced the “help” from the CCP and helped them spread the renewed propaganda campaign.

One report by formiche on March 11 criticised Italy’s national newspaper and leading politicians’ Twitter messages to help turn the new page of Beijing propaganda in Italy.

Within two weeks, the CCP successfully transformed itself from the epicentre of the pandemic to an outsider who is now generously offering “medical aid” and instructions on how to fight the coronavirus with the “Wuhan model.”

The post, however, disappeared after a few minutes. The officials later clarified that these goods were paid for, not “free gifts” from the CCP.

At the same time, a post on the Chinese Embassy in Italy’s Facebook page drew more than 16,000 comments, many of which were notes of gratitude from the Italian public.

The message said, “The Chinese Government is ready to do its part as a sign of deep thanks to Italy that helped the country in its time of need. Beijing is willing to provide Italy with pulmonary fans, masks, including high technology, protective suits, and swabs for coronavirus tests. This is the decision taken by the Chinese government at the telephone interview between Chinese Foreign Minister Wang Yi and his Italian counterpart Luigi Di Maio.”

The CCP’s mouthpiece Global Times also published a video interview on Twitter with Pierpaolo Sileri, the Italian deputy minister of health and a member of the Five Star Movement, titled “Thank you, China, for sharing your experience with us!”

Sileri praised the CCP for setting an example in the fight against Covid-19 and said they would learn from the CCP’s instructions and apply them “in our daily routine.”

The formiche report said not only did current Italian government officials help promote the CCP’s new propaganda, but former public officials also helped “lay out he red carpet” for it.

Michele Geraci, former undersecretary of state at the Italian Ministry of Economic Development, said in a Twitter message that the arrival of the “medical aid” was brought about by the “Silk Road” and Italy’s memorandum of understanding (MOU) with the CCP.

Another Italian media outlet, Atlantico, said on March 24 that according to a statement from the World Health Organisation (WHO), all patients who tested positive for the virus, whether they have symptoms or not, should be counted as confirmed cases.

But Chinese authorities dismissed all asymptomatic cases after February 7, blatantly breaking the standard rules that other countries are following and further complicating the situation.

The Atlantico article said that the number of unreported asymptomatic cases is extremely important, as it represents a vehicle of infection that is difficult to identify. It could also bring disastrous consequences in quarantine and other mitigation activities.

The article pointed out that such unreported cases are like time bombs in the infected communities and that they could explode at any time by reactivating the chain of infection, causing unimaginable catastrophe in China and the international community.

The author also cited a report by The Epoch Times about the disturbing fact that there was a decrease of 21 million cellphone users in China between December and March, according to data provided by China’s Ministry of Industry and Information Technology.

In China, the use of cellphones is almost mandatory, as it’s linked to one’s bank account, personal identification, and many other services.

Although there could be reasons other than deaths that contribute to the reduction of cellphone users, such as a nationwide quarantine, the timeframe of the decrease nevertheless coincides with the peak of coronavirus infections.

“If only 10 percent of the cellphone accounts were closed because the users died because of the CCP virus, the death toll would be 2 million,” said Tang Jingyuan, a columnist for The Epoch Times.

Adnkronos: Senator says “You cannot let those who have infected the world become a savior!”

According to a March 26 report by Adnkronos, Matteo Salvini, an Italian senator and former Deputy Prime Minister of Italy, said during a debate session, “If the Chinese government knew and didn’t tell it publicly, it committed a crime against humanity.”

Salvini continued, “You cannot let those who have infected the world become a savior!”