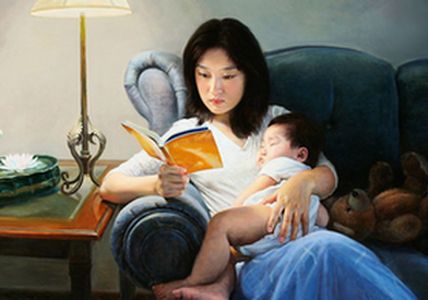 The following three stories tell of the trustworthiness of people in ancient China.

Rewarded for Being Truthful and Honest

Xu Shaoyu was from Qiantang in the late Qing Dynasty. In early August of Gengyin (1890 AD) under Emperor Guangxu’s reign, he borrowed 100 silver dollars from his friend Yi Zhai signing a promissory note. They agreed verbally for the money to be repaid one year later.

At the beginning of August the next year, however, Xu fell sick. On his deathbed, he kept murmuring, “It’s almost time to repay Yi. What should I do? What if I die?”

His wife said to him, “You did not sign a promissory note, so you are under no obligation to keep your word. Don’t worry about it.”

“He lent me the money without making me sign a note because he trusted me. How can I possibly not keep my promise?” Xu responded.

He instructed his wife to sell a jade ruyi, which is a curved decorative object used as a ceremonial scepter in Chinese Buddhism, and two fox-fur robes, for which they got 90 silver dollars. They borrowed another 10 dollars and paid his friend back by the agreed date. Miraculously, Xu recovered completely a few days later.

The moral of the story is that, if you make a promise, you should keep it. This means that one follows the principle of “truthfulness.” This is a traditional—and foundational—virtue. When one person values trustworthiness and keeps his promise at any cost, he or she will be blessed.

Jizha and His Sword – Keeping a Promise Despite Death

Wu was a kingdom during the Spring and Autumn and the Warring States Period (770-221 BC). It was located in what is today Jiangsu Province in eastern China. Although considered a frontier area at the time, many legends were written about that era and many legacies remain.

As the birthplace of The Art of War, a famous military book written by Sun Tzu, the Kingdom of Wu is also known for its decades-long war with the Kingdom of Yue.

In addition, the Kingdom of Wu produced first-class weapons, including swords. The following is a story about a prince, his sword, and his promise.

Jizha was the youngest son of the 19th King of Wu, Shoumeng, who reigned from 585 to 561 BC. Once Jizha went to visit the Kingdom of Lu (in today’s Shandong Province). On the way he passed the Kingdom of Xu, a vassal state of Wu, where he was warmly welcomed. While he was there, he noticed that the King of Xu was fond of his sword.

A year later, Jizha went back to the Kingdom of Xu and was told that the King had already passed away. Still, he wanted to give him the sword, so he went to the king’s tomb, hung his sword on a tree in front of it, and left.

Jizha said to himself, “When I passed the Kingdom of Xu last time, I knew the King liked this sword very much. I cannot go against my promise simply because he has passed away.”

An Engagement That Lasted Over 30 Years

During the Qing Dynasty, a couple stayed true to their engagement promise for decades without seeing each other.

Cheng Yunyuan was from a well-known clan in the Huainan area. His father Cheng Xunzhuo was a merchant who sold salted beans between Huainan and Yangzhou. But his business gradually declined, so he closed it down and went to study in the capital city of Beijing (called Beiping at that time).

In the hotel, Cheng Xunzhuo met Liu Chengyong from Pinggu County, who had come to Beiping to accept his assignment as a county officer. The two chatted and became good friends. They talked about their children, and in the end they promised their children in marriage when they were grown up, which would make them relatives.

Liu Chengyong was later appointed as the head of Puzhou (in today’s Shanxi Province). He had no son, only his wife, a daughter, and a number of servants in his residence.

Not long after, his wife passed away and he became sad and lonely. Soon he fell sick. He said to his daughter before he died, “Cheng Yunyuan in Huainan is your husband-to-be. You must always remember this.” After he died, his daughter returned to their hometown to bury her father.

Cheng Xunzhuo had died several years after Liu Chengyong took up the post as the head of Puzhou. His son Cheng Yunyuan was planning to go to Shanxi when the mourning period ended.

When he heard that his father-in-law-to-be had passed away, he went to Pinggu County to look for his wife-to-be. Neighbors told him that Ms. Liu had left after her father’s funeral, and nobody knew her whereabouts.

By then Cheng had almost run out of money. A generous passerby offered him financial help, and he was able to get back home in the south.

Without any savings, Liu had to make a living doing needlework. She was gentle and kind, and many suitors came to propose marriage. Each time she would tell them that she already had a husband-to-be, but none of them believed her.

She had an aunt who was a nun at Jieyin Temple in Jinmen. In order to avoid the suitors, she went to stay with her aunt in the temple.

Her aunt tried to talk her into shaving her head and becoming a nun herself, but she said, “My body and my hair were given to me by my parents, which I do not dare to damage. Before my father passed away, he told me that he had arranged for me to marry Cheng. How can I possibly betray his arrangement? I came to live with you to avoid gossip. As for your suggestion for me to shave my head and become a nun, I would never be able to accept.”

Her aunt understood, and Liu lived in a secret room. Nobody, not even young children, was allowed to see her. She prayed from morning to night, hoping she could see her husband-to-be in this lifetime, even just once. Then she would have no regrets.

After Cheng returned to his hometown, he found it more and more difficult to make a living. Some people tried to talk him into marrying someone else so that he could have some help. He said with a heavy heart, “I do not even know if Liu is still alive. If she is dead, then the arrangement between us is over; if she is still alive and has been waiting for me all this time, I should absolutely not give her up, although I have no idea about her situation.”

Cheng lived by himself for almost 30 years, and when he was nearly 50, he still had a difficult time making ends meet. Later, he found a teaching job on a shipping boat and traveled between south and north year after year.

In April of Dingyou (AD 1777), during Emperor Qianlong’s reign, their boat stopped at Jinmen. Cheng and others went on the land to have some tea, where he happened to hear people talking about Liu. He listened carefully and went to the temple to meet her.

Liu’s aunt told him the whole story and then talked with Liu about it. However, her niece said, “Peaches and plums are precious because they are picked at the right time. I’m already old. If I agree to marry him, people would laugh at me and think I’m strange. I’m grateful for Cheng’s kindness and sincerity, but this is our fate. What else can I say?” Cheng asked her a few times to reconsider, but she still refused to marry him.

Cheng had always lived by high moral principles and had never done anything improper. Liu had remained a virgin and harbored no resentment against others.

Although both of them were 57 years old, they looked much younger, with healthy teeth and black hair. People who did not know their age often thought they were only in their 40s.

The county magistrate not only helped them get married but also praised them in the community. Out of concern for the couple who had no money to return home to make a living, he donated his salary to the couple and encouraged merchants and the local gentry to help out as well. Thus, the couple could buy a boat, return home to the south, and build a house.

Years later, merchants traveling back from Huainan said the couple had two sons. Even though Liu was almost 60 years old, she was able to have children. It was truly a blessing from the divine for their kindness and their perseverance in keeping a promise.

In ancient China, people took trustworthiness very seriously and they treated others with kindness and sincerity. Although the two experienced many hardships, their happiness was longlasting.