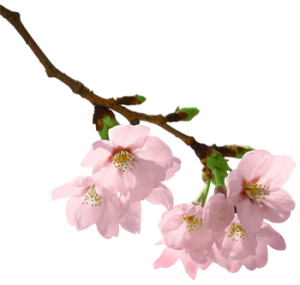 I am the vice president of a private company in China. I was blessed with great fortune after I removed a poster slandering Falun Dafa in 2014. My family was in distress and received good fortune as a result. It is really true, “One will be blessed by heaven for treating Dafa with kindness.”

My wife and I used to work for another private company. I was in a mid-level position, and my wife was the assistant to the CEO. We had good jobs, and my son did well at school: We had a happy family.

Then something bad suddenly happened during the summer of 2014. My wife and I were reprimanded by the company president and got demoted. It happened while my son was in the critical stage of preparing for his college admission exam.

My wife excelled in her position with a double sales record which caused jealousy from coworkers. They badmouthed her in front of the company president. My wife was proud of making a great contribution to the company and never felt the need to flatter the president. She spoke frankly to him, but this approach ended up causing conflict.

The finance department found out that a loan transaction managed by my wife was in violation of company policy during an audit in 2014. The president used the opportunity to force my wife to admit her wrongdoing. My wife admitted she did not follow company procedure but refused to agree that she did something fundamentally wrong.

The president demoted her by one level and continued to pressure her to admit to wrongdoing. My wife did not give in, so the company demoted her again. The president also threatened to demote her to the level of a factory worker if she did not agree to his terms. He then punished me in order to pressure my wife by marginalising me first, then demoting me later.

My wife and I were under sudden suppression and experienced hardship. She could not yield to her conscience to bow to the president. If she left the company, she was not sure whether she could find a decent job. She worried that I would be further implicated and lose my job as well. I was also over 40 years old and did not have any technical specialty. And our son was preparing for his college admission exam. We needed to support him without letting him sense our troubles.

I called my brother-in-law a few times. He used to have many illnesses. But when he started practicing Falun Dafa nearly 20 years ago, all of his symptoms went away. He became very kind, tolerant, and wise.

Every time I chatted with him, I was enlightened. He told me to have good thoughts about the president, not to seek revenge, be righteous and calm, and things would move toward a good direction. The most important thing he told me to do was to recite “Falun Dafa is good and Truthfulness-Compassion-Forbearance is good.” I started reciting it and felt relieved. I no longer hated the chairman or remained upset about it.

I saw a poster slandering Falun Dafa in a high-traffic area in our community. I knew that Falun Dafa is good, and I have many relatives practicing it. I knew that they were all good people. I was very upset when I saw the poster.

When I returned home, I thought about the predicament: If the residents in the neighborhood were deceived by the lies on the poster, disasters would befall them. I then realised I should do a good deed for the neighbors and remove the poster at night.

I decided to take action immediately. It was cloudy in the afternoon, and I thought it would be even better if it rained. At dusk, it really started raining. When it was completely dark, I held an umbrella and went up to the poster. I looked around and there was nobody nearby, so I quickly tore off the poster and threw it away.

I did not hear anyone asking or talking about the poster at all. I told my brother-in-law about it, and he was very happy for me and exclaimed, “Be patient. Fortune will come to you.”

It is indeed true. My family received good fortune.

My son had a high score on the exam and was admitted to a prestigious university in Beijing. He has graduated and will be moving overseas for an advanced degree.

My wife did not want to fight with the president and decided to find another job. She told a friend about what had happened. A week later, her friend said that a public-trading company was interested in her.

The CEO of the company flew to our city for an interview with my wife. He reported to the board of the company, and they offered my wife a position as vice president in charge of sales.

My wife was a diligent employee of 20 years at her previous job, and they did not promote her to management level. Her salary doubled with the new company and the sales grew substantially. The board of the company was very happy about their decision and further increased my wife’s salary.

I remained at the former employer after my wife left her job. I was about to resign and take a break. Then I received a phone call from one of my classmates who offered me a position of vice president with a good salary. He is the president of a private company with annual revenue of a few hundred million yuan.

Soon after I started working for the new company, my networking led to some successful results. The president gave me a special reward and increased my salary as well.

My entire family has been fortunate and harmonious since 2014. A small good deed of mine brought us great fortune. I have been deeply touched by Dafa’s miraculous blessing and am very grateful to Master Li Hongzhi (the founder).

I want to share with everyone that treating Dafa with kindness will be rewarded with good fortune. I wish happiness and blessings to you always!