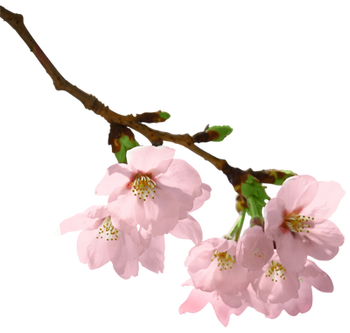 I have been practicing Falun Dafa for just two years, yet many amazing things have happened to me and my family. I realise how precious Falun Dafa is and wanted to share some of my experiences.

My Health Was Restored

My overall health was once very poor. I suffered from headaches, leg pain, gallbladder inflammation, insomnia, and many gynecological diseases before I began to practice Falun Dafa. I had three surgeries. My husband often commented that I had many ailments that have never been heard of.

My complexion was ashen, and I looked older than my age. When I went out with my sister who is eight years older, people often thought I was the older one. The worst thing was that I could not sleep and would often pace the floor half the night. My father passed away in 2009, and my mother in 2015. On top of that, I was dealing with family conflicts and had lost all hope.

A colleague suggested that I read Zhuan Falun. He said it was my only hope to relieve my suffering. He told me his family’s experiences, which I found unbelievable. Shortly afterward, I had breast hyperplasia and was in a lot of pain. He then persuaded me to give Falun Dafa a try and said it does not cost anything.

I learned the first four Falun Dafa exercises, and that night I had the best sleep I have had in years. The next morning, I was amazed to see that the lump in my breast was gone.

The following day, I learned the fifth exercise – the sitting meditation. I managed to sit cross-legged for half an hour. At night, while asleep, I felt a warm current in my leg. On the fourth day, the pain in my leg that had plagued me for over 30 years was gone. I could walk down steps easily. When my daughter saw me walking downstairs she exclaimed: “Look at you! Your legs are fine. You do not even need to hold onto the railing!”

When I told my colleague what happened, he said I had a predestined relationship with Dafa, and suggested that I should read Zhuan Falun. I discovered that the more I read, the more I realised how wonderful and profound Dafa is.

My health improved tremendously. I completely recovered without taking a single pill within a six month period. I looked younger and my complexion became rosy. My family witnessed the benefits of practicing Falun Dafa. My brother and sister then decided to take up the practice, and many friends and relatives subsequently became practitioners too.

I had a tense relationship with my sister-in-law. She would lose her temper with me no matter how kind I was to her. She also criticised me behind my back. I tried to avoid her, but sometimes I could not help but argue with her.

“In cultivation practice, there may be two scenarios when dealing with specific conflicts or when others treat you badly. One is that you might have treated this person badly in your previous life. You feel in your heart that it is unfair, “How can this person treat me like this?” Then why did you treat this person that way in the past? You might claim that you actually did not know it at that time, and this life has nothing to do with the other life. That does not work.” (Zhuan Falun)

I let go of my resentment and tried to always treat her with kindness. I told her about the persecution of Falun Dafa, and she agreed to renounce her membership in the Chinese Communist Party and its youth organisations. Her attitude towards me changed. We are now very close. It is as if we had never had any conflicts!

I also had a troubled relationship with my mother-in-law for many years. After practicing Dafa, I let go of my misgivings and learned to treat her well. Our relationship improved, and she became a practitioner too.

One night last year, I was out at night and bumped into a metal pipe. It was a bad injury, and my nose bled and swelled. The following day the swelling was gone and no one could tell I had been injured. In the past, my boss had similarly hit her head, and it took her more than a month to heal.

Another time while rushing to distribute Dafa flyers, I stumbled and my knee hit the cement. I was in a lot of pain. I asked Master Li (the founder) for help and the pain began to subside. By the time I reached home, I was fine. That night, I did the sitting meditation and my legs did not hurt at all. From then on, my legs no longer hurt during the sitting meditation.