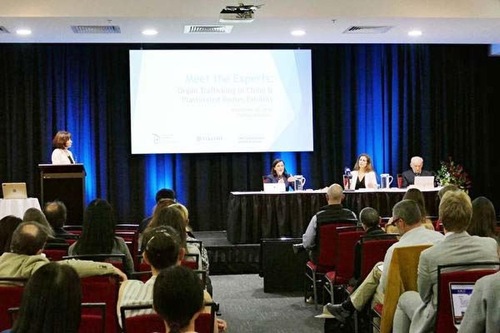 Matas is the co-author of the report, “Bloody Harvest,” which exposes forced organ harvesting from living Falun Gong practitioners in China. Practitioners are appealing to the governments there to investigate and help bring an end to this savage practice.

After screening the documentary “Human Harvest,” a public forum was hosted at the Wesley Conference Centre. Medical professor Maria Fiataron Singh spoke about her personal investigation into forced organ harvesting in China.

Last June, she contacted a hospital in Beijing for a patient with kidney failure, inquiring how much it would cost and how long it would take to get a kidney. She was quoted USD $10,000 for the transplant and was told the hospitalisation would last three weeks.

The doctor in Beijing also offered a backup plan in case the operation failed; they would transfer the patient to another hospital in Beijing for 60,000 yuan.

When she asked for the name of other hospital and the wait time, the Chinese doctor became suspicious and anxious.

Madeleine Bridgett, an international human rights lawyer and co-chair of the human rights committee at Australian Lawyers for Human Rights, says that what’s happening in China is very unusual. Due to the communist regime’s cover-up of forced organ harvesting and blocking any outside investigations, the world doesn’t know what is actually happening there.

Mr. Matas said that his investigation cited more than 2,200 official publications from China. Even though the Chinese Communist Party repeatedly denied killing Falun Gong practitioners for their vital organs, its own published numbers tell a different story. Based on the official numbers in China, it does 60,000 to 100,000 transplants every year. 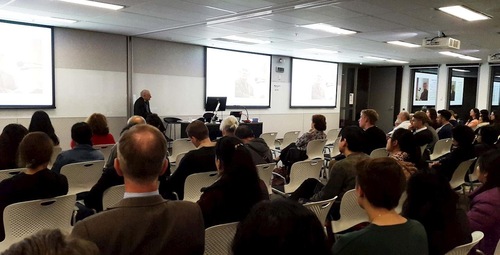 Over 100 people watched the documentary “Human Harvest” at MSGM Sydney Executive Centre on the evening of September 26, 2018.

Over 100 people watched documentary “Human Harvest” at MSGM Sydney Executive Centre on the evening of September 26, 2018. Audience members were shocked at the facts of forced organ harvesting from living Falun Gong practitioners in China.

“I was shocked to hear that the communist regime kills a healthy person to transplant organs to a sick person, and they even don’t apply any anesthetic,” said Karol Vestjen.

Her husband, Richard, says that they will write to the city government and their MPs to help stop forced organ harvesting in China. 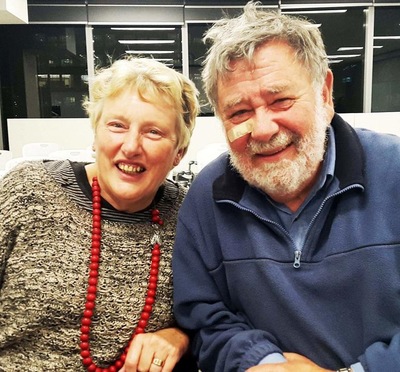 Mr. Richard Lucas and Mrs. Karol Vestjens: write to the city government and MPs to call for actions to stop forced organ harvesting. 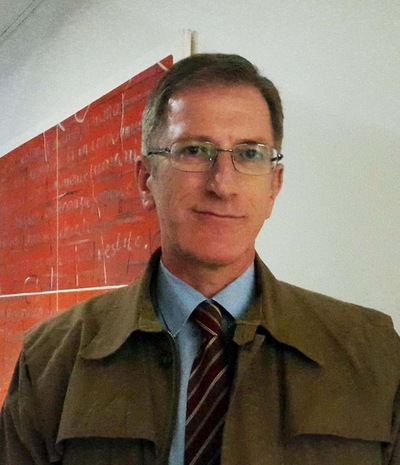 Paul Folley from the Australian Tradition Family Property Association, “Live organ harvesting is the biggest disaster of human rights and humanity in the 21st Century.” 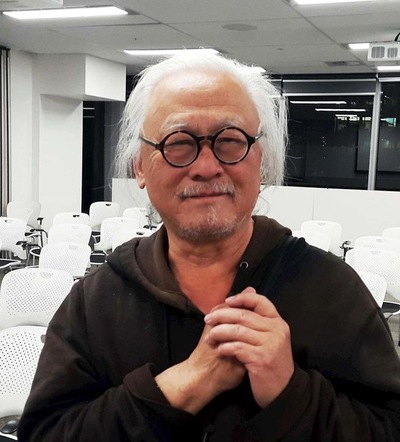 Overseas Chinese Mr. Wang, “I am so angry that the Communist Party has destroyed the morality and conscience of Chinese people to such an extent!” 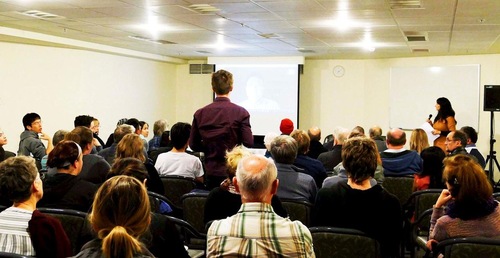 Forum at Waldorf Apartment Hotel after the screening of the documentary “Human Harvest.” 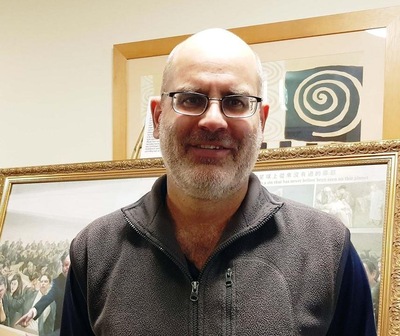 Dr. James Neill, Assistant Professor of Psychology at the University of Canberra, said he was shocked by the number of forced organ harvesting transplants. “10,000 a year, this is genocide,” he said. 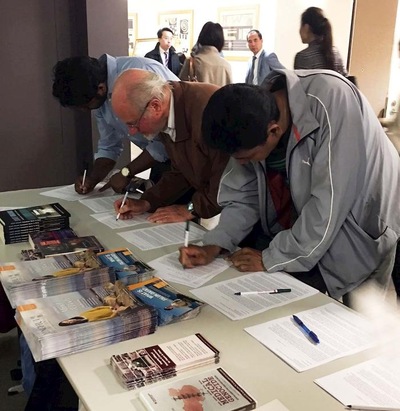 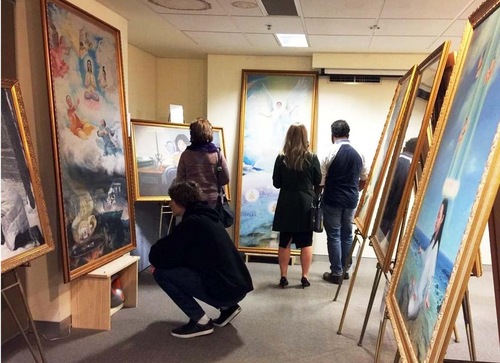 Viewers of the documentary also took in the The Art of Zhen, Shan, Ren (Truthfulness, Compassion, Forbearance) exhibition hosted at the same venue.

Auckland Council for Civil Liberties president and lawyer Barry Wilson spoke at a forum at Algie Lecture Theatre at Auckland Law Faculty on the evening of September 25, 2018.

He pointed out that China’s judicial system is not independent and it has no power to examine the policies of the administration.

“In China, law is a tool to control people, but it can’t do anything to uphold social justice,” he said. “And the Chinese government is destroying the principles of international human rights with a barbaric and arrogant attitude.” 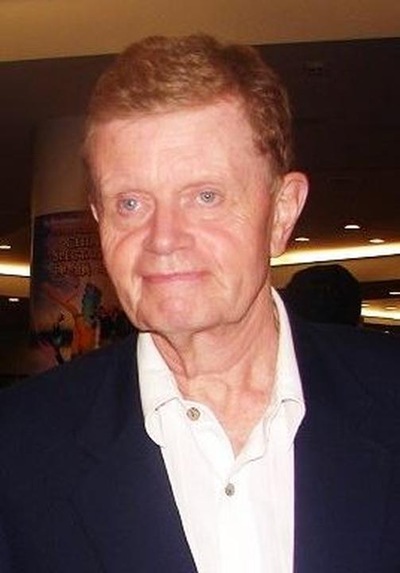