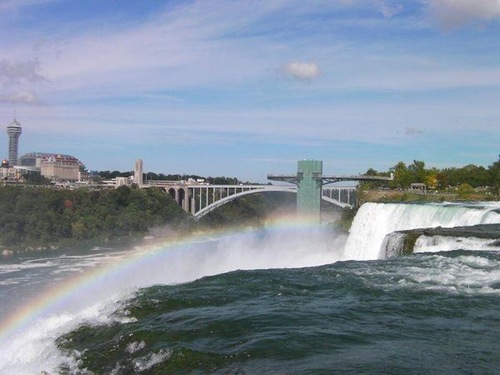 The natural wonder of Niagara Falls draws 14 million tourists who visit the site each year. Falun Gong practitioners from Toronto have been going there since July of this year to introduce Falun Gong to tourists.

The practitioners travel from Toronto in three or four cars every Saturday, an hour and a half trip. Many tourists they speak with are eager to learn the Falun Gong exercises, and express appreciation afterward.

Nearly 30 tourists learned the exercises on August 18. Some said when they were interviewed that they felt refreshed after doing the exercises, and some said that they would continue practicing after going home. Others said that it was truly amazing to feel themselves calm down in this noisy place.

After a woman finished learning the exercises, she asked how much she should pay. When she learned that the exercise instruction was free, she said, “That’s really rare! Thank you so much!” 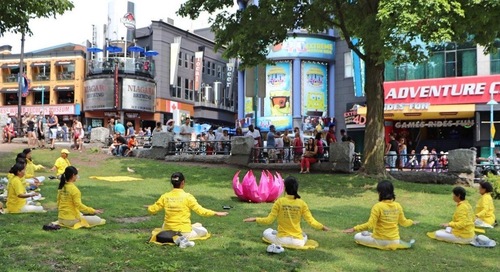 “Their Calm Drew My Attention”

Neshia from Brampton, Canada, saw the Falun Gong practitioners doing the exercises and asked for a leaflet. After reading it carefully she decided to learn Falun Gong.

She said, “Their calm attracts me. There are so many troubles in life. My mind is often cluttered, and sometimes I have insomnia. I have been looking for something that will calm me down and clear my body and mind, so I can have a good life and work. I think I have found it.”

Neshia works as a psychological counselor at a community centre. “The service I do at work is for those with mental problems. I need to have enough mental health to do my job well. So I decided to learn Falun Gong.”

After learning the exercises, she said, “I feel very good and relaxed. I will join the group practice at the practice site in our city.” 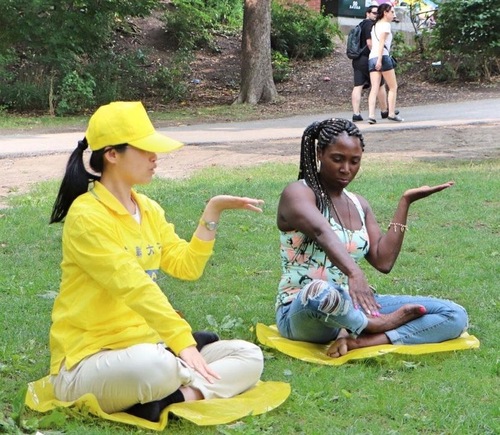 “I Am Full of Energy after Learning the Exercises”

After he finished learning the exercises, he said, “The pressure at work is so intense that sometimes my mind is tense and needs to relax. This is a good practice. After I finished practicing the exercises, I am full of energy. I also know that there is a Spanish version of Zhuan Falun. I must find it after going home.” 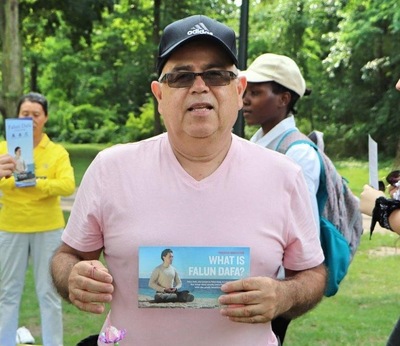 “We Will Continue Learning Online”

Fatima from Toronto and her classmates attended a school summer camp and met the Falun Gong practitioners at Niagara Falls. They started to learn the exercises.

When the reporter asked Fatima how they felt, she said, “Great! It’s so good!” They also learned together how to say “Falun Dafa is good! Truthfulness-Compassion-Forbearance is good!” in Chinese.

Fatima said, “We have been learning this for quite a while. I feel very comfortable and full of energy. After we go back, we will continue to learn online.” 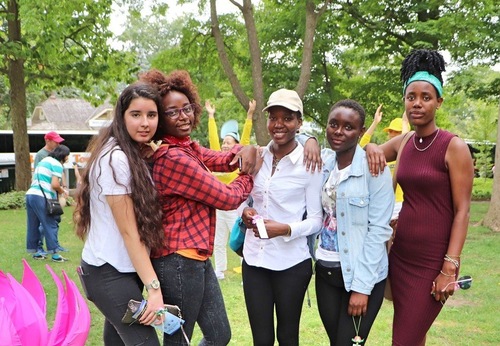 Fatima (first from left) and her classmates at summer camp. 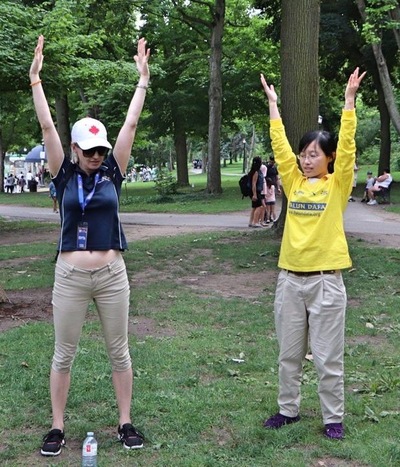 Tourist Edyta learns Falun Gong. She said she would recommend the practice to others. 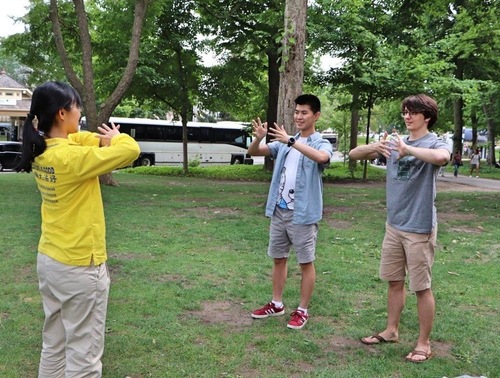 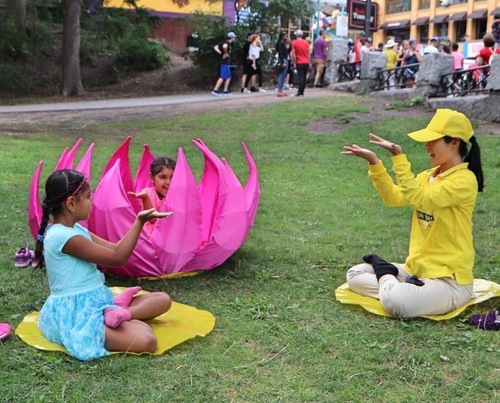 Eight-year-old Raisa and her sister learn the sitting meditation. She said, “I like it very much. I have never done exercise so long. I feel refreshed and relaxed.” 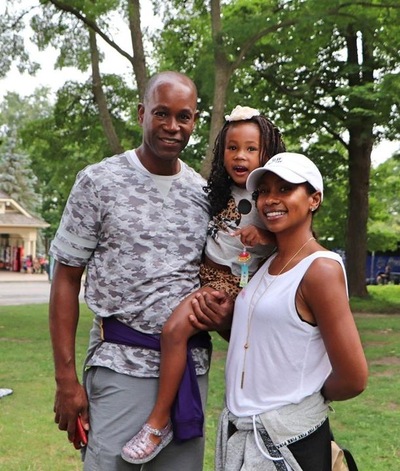 Ryan Smith, his wife, and daughter, from Ohio. They learned the exercises at the event. 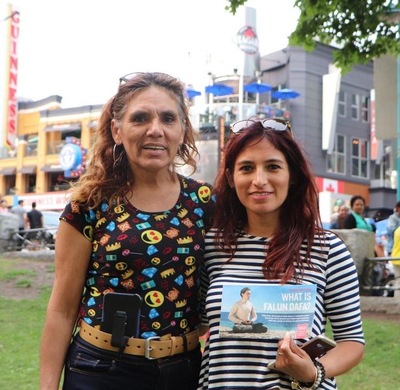 Mica (right) and her mother are from Peru. Mica said, “I feel refreshed after learning the exercises. I will continue practicing after going home.”