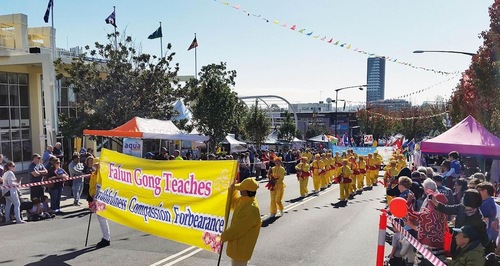 Falun Gong (also called Falun Dafa) practitioners were invited to participate in the Streets Alive and Parade Day in Blacktown on May 26, 2018.

The parade was a concluding celebration of the Blacktown City Festival and is the largest parade in Blacktown. The Falun Gong practitioners presented genuine traditional Chinese culture. Deputy Mayor Tony Bleasdale praised the Falun Gong procession for its extraordinary beauty. 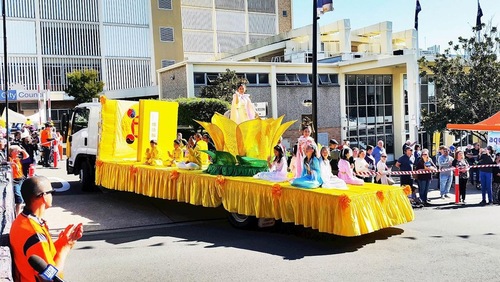 Mr. Peter Overton, a news anchor from Nine News Sydney, hosted the parade and said that the Falun Gong procession seemed to be several kilometers long and was the largest group he had seen in the parade.

He thanked the Falun Gong practitioners for their great work and wonderful presentation. He was also wowed by the beautiful float and celestial maidens.

Mr. Overton introduced Falun Gong as a great cultivation practice of mind and body, which consists of five exercises, including meditation, and whose practitioners follow the principles of Truthfulness-Compassion-Forbearance. He added that practicing Falun Gong can improve health and reduce stress and is an easy and pleasant practice.

When the Falun Gong procession passed the central stage, the Deputy Mayor, House Representatives from federal and state levels, and city councilors waved at the practitioners and recognised them with warm applause. 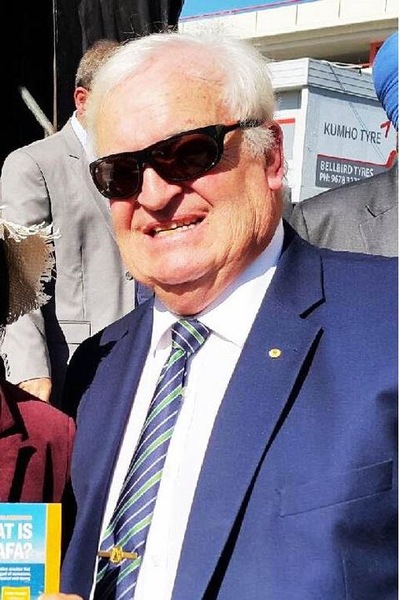 Deputy Mayor Tony Bleasdale, OAM, JP, said that Falun Gong practitioners had presented their extraordinary beauty, and it looked like they would get the highest award this year.

Councillor Moninder Singh, JP Ph.D., commented that the largest group in the parade was the Chinese group and were also one of the most colorful and orderly. 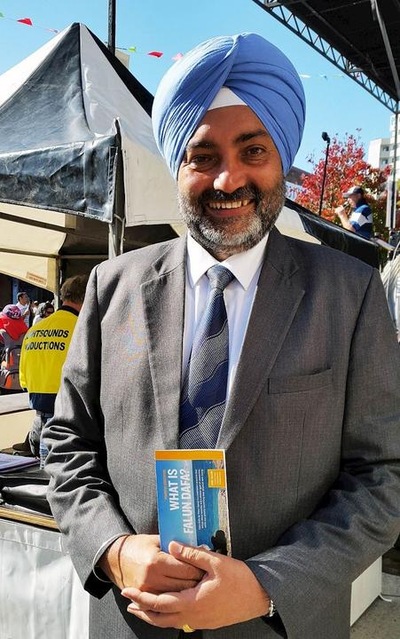 Councillor Moninder Singh, JP Ph.D., said that Falun Gong was the best and was gorgeous!

Another host of the parade, Mr. Greg Punch, said he was happy to see that the Falun Dafa parade added such lively energy to the parade, especially because they promoted the great values of Truthfulness-Compassion-Forbearance.

He believes that those who follow Truthfulness-Compassion-Forbearance are great people. He thanked Falun Gong for bringing beautiful colors and pure energy to the entire parade. 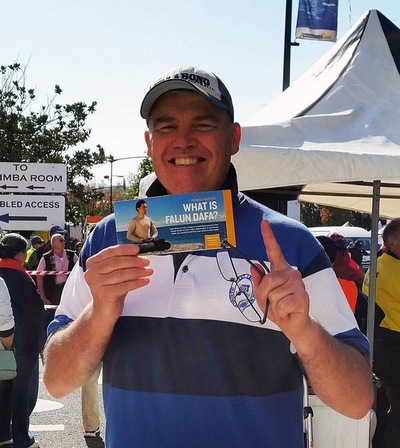 Mr. Greg Punch, a famous master of ceremonies, said he believed that those who follow Truthfulness-Compassion-Forbearance are great people.

Mr. Doug Hawkins, president of the Returned and Services League Quirindi sub-branch, said that the Falun Dafa group gave a beautiful performance, and he felt their kind, peaceful, and beautiful energy.

Mr. Hawkins stressed that Australian people embraced and supported multiculturalism and that other dignitaries on the stages, as well as many Australians, shared his commitment to supporting Falun Gong and opposing the persecution.

Mentioning Falun Gong practitioners who have dealt with the persecution by peacefully clarifying the truth, Mr. Hawkins commented that their good deeds had brought beauty to the parade.

He believes that kind-hearted Australians have good judgment, “We should work together to keep Australians’ great value of supporting justice. I believe Australia will have a bright future! I wish Falun Gong success!” 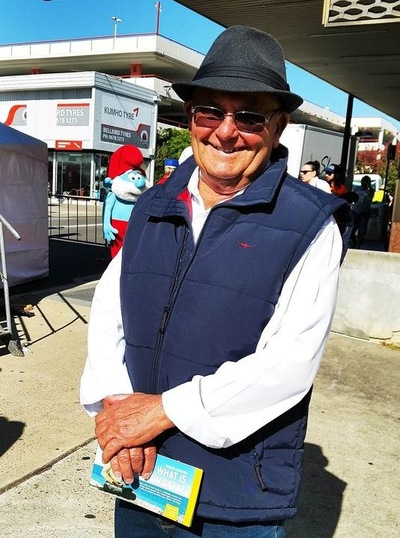 Practitioners set up a booth at the festival, demonstrated the five Falun Gong exercises, distributed introductory brochures, and collected signatures on a petition calling for an end to the persecution.

Crowds of people signed the petition and condemned the CCP’s organ harvesting. Many people wanted to learn Falun Gong and to participate in the group exercise sessions.