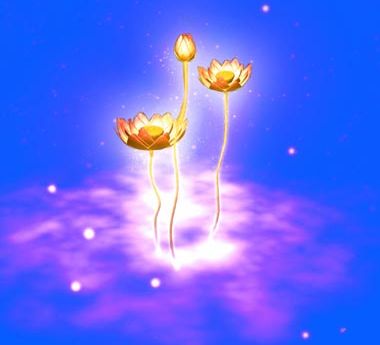 I’m a seaman from Bulgaria. I started practicing Falun Dafa about two years ago.

I had some issues with my neck and upper back before I began cultivating. For years I experienced pain starting from my back and then slowly expanding to my neck and evolving into severe headaches, for which I regularly took painkillers. I underwent many treatments including injecting ozone into my cervical vertebra, but it didn’t help much.

The doctors told me that this problem couldn’t be fully resolved and that I would have to live with it for the rest of my life. Also I had minor problems with my vision and I had to wear glasses, especially when driving a car. All of these problems were resolved in a few months after I started cultivating in Falun Dafa.

How I Encountered Falun Dafa

A feeling developed in my heart through the years – the feeling that I have to start doing something in order to improve myself. I didn’t know how to accomplish that at the time, and I had no idea what cultivation was.

My older brother had the same feeling, and one day we decided to do something about it. We initially thought that yoga could help us improve ourselves so we started taking a yoga course.

During that time my brother told me that he watched a TV program about an ancient Chinese cultivation practice called Falun Dafa. His impression was that the practice was good and we should learn more about it.

A few days later my brother met a friend from our old neighborhood who told him that he was practicing Falun Dafa and that he did the exercises with other practitioners at a local park. So my brother and I decided to try the Falun Dafa exercises along with the yoga.

When I read the book Zhuan Falun for the first time I felt that it was what I was looking for. A few months later my brother and I stopped practicing yoga and continued practicing only Falun Dafa.

Fighting the Attachment to Loss and Gain

I would like to share an accident which helped me to identify the attachment to loss and gain in myself.

It happened in the winter of 2016. I was onboard a vessel. One morning when I opened my email, I saw a message from my wife that our apartment had been flooded. She asked me to call her as soon as possible. After I read the message I didn’t want to wait until the end of the workday to call my wife and ask her what exactly had happened. But I also had a clear understanding that this tribulation was a test for me.

In the evening I finally called my wife and found out that there was a broken pipe in the apartment above ours and a lot of water poured into our apartment. As we had just completed major repairs of the apartment I was extremely frustrated.

The next morning when I studied Zhuan Falun, these words engraved in my mind:

“When your personal interests are on the line or you are in the midst of an interpersonal conflict, can you take these matters lightly and care less about them? This is the crucial question.” (Zhuan Falun)

I then looked inward and noticed that some bad thoughts were developing in my mind. I was thinking that I didn’t deserve this tribulation and it was not fair that it happened to me, and that it was not my fault and I had to get compensation from my neighbor, whose pipe caused the flooding. I also feared that the repairs would be quite costly, and so on.

In addition during the days that followed when I spoke with my wife and my parents, they insisted that I had to look for justice and fight with my neighbor for compensation. Yet I knew that as a practitioner I shouldn’t act in this way.

So I suppressed all bad thoughts and doubts and decided deep in my heart to accept the loss. I asked my wife to ask my neighbor if he needed any assistance, because his apartment was flooded as well.

From that moment on I felt like something heavy had been lifted from my heart. It later turned out that the damage from the flooding was not as dramatic as I initially thought and we were able to repair everything quickly.

I still clearly remember the first time when I participated in a truth clarification event. It was six months after I started practicing Dafa.

One day a fellow practitioner told me that there would be a truth-clarification event in the city of Burgas, located about 130km (81 miles) from my place, and he invited me to go along. I didn’t hesitate much and agreed to go. Then the tribulations started.

First, my wife got angry when I told her that I was going to Burgas for a day to participate in a Falun Dafa event. She was angry because the night before the event we were invited to a birthday party for the maid of honor at our wedding.

Мy wife was concerned that I wouldn’t want to go to the party because I would have to wake up very early the next morning and would want to go to bed early that evening. I tried to convince her that my visit to Burgas would not influence my attending the birthday party, but it was in vain.

At that time I had not had any alcoholic drinks for about a month. During the party some of the guests, including my wife, challenged me to drink, saying that it would help me enjoy the party. But I was firm and I resisted the temptation.

The party continued into the early morning and I had almost no time to sleep. But I had the clear understanding that all of this was a test for me and my determination, and I was eager to pass it well. That’s why I told myself that I would go to Burgas to clarify the truth regardless of the circumstances.

The next day I went with my brother and the other practitioner to Burgas. We met the local Dafa coordinator who was very happy to see us, because the other practitioners, who were initially planning to help her with the event, encountered some obstacles and could not come. So our presence made it possible to hold the activity.

The local coordinator told us that she believed it was Master’s arrangement to send us there to assist her in saving sentient beings. My understanding was that we should cooperate well with each other and only then will we be able to fulfill our goals well.

My righteous thoughts were strong during the truth-clarification event. I remember that an older lady came by and I started talking to her about the persecution of Falun Dafa. She waited for me to stop talking and then told me in Russian, “I am from Russia and I don’t have any idea what you are saying. But I see that you are a good man and the way you are talking to me makes me feel that I want to learn what you are talking about.”

I then gave her some Russian language materials. This situation gave me more courage and showed me that when I have righteous thoughts nothing can stop me.

Another incident, related to that event, happened in July 2017. A veteran practitioner from Kavarna, a city 60 km (37 miles) from my place, wanted to organise a truth-clarification activity in commemoration of the July 20, 1999 events. Because he was the only practitioner in Kavarna, he needed some help, so some practitioners from Varna, including myself, decided to help him.

But two weeks before the event I started experiencing some sickness karma. I was coughing a lot and spitting all the time, and my throat hurt. I got worse every day. I tried to calm down and kept reminding myself that it was interference from the old forces and that I had to reject their arrangements with righteous thoughts.

During the next few days I tried to be more diligent in sending forth righteous thoughts in the global hours and in studying the Fa. As Master said:

“As a matter of fact, if your thoughts are very righteous, when you walk down the street and go about your life in the city where you live, all of your surroundings will be cleansed. Your mere existence has the effect of saving sentient beings. But, despite your great abilities, you will still face adversity for the benefit of your personal cultivation, since everyone has a journey that he must make in cultivation. At the same time, the old forces have created many forms of interference to your validating the Fa. Under normal circumstances it is very hard to clear away that interference if the righteous thoughts aren’t strong enough.” (Teaching the Fa at the 2004 International Fa Conference in New York)

Three days before the event I did not feel well at all but decided to attend the group exercises at the park. During the exercises I felt warm, and after that I almost stopped coughing and spitting. The pain in my throat almost disappeared. This strengthened my determination and I decided that nothing would stop me from going to the event in Kavarna.

On the day of the event I felt much better and the event went well. My fellow practitioners and I succeeded in clarifying the truth to many sentient beings.