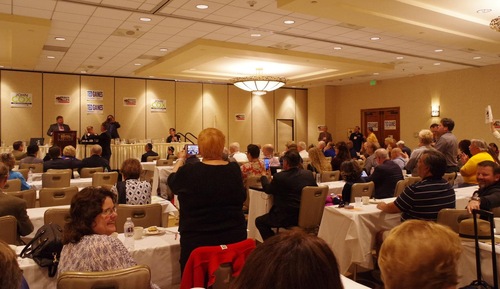 The California Republican Assembly (CRA), the longest standing conservative grassroots volunteer organisation in California, recently passed a resolution calling on the Chinese Communist Party to stop its state-sanctioned harvesting of organs from prisoners of conscience.

The majority of such prisoners in China are Falun Gong practitioners, and those who practice Falun Gong have been the population most impacted by the organ crimes.

Falun Gong is a traditional mind and body cultivation practice that has been persecuted in China since 1999.

The resolution was passed at the 2018 CRA Endorsing Convention held March 2 – 4, 2018. The CRA also called on the California state government to pass legislation aimed at stopping the organ harvesting atrocities in China.

The resolution states: “… since 1999, hundreds of thousands of Falun Gong practitioners have been detained extra-legally in reeducation-through-labor camps, detention centers, and prisons, where torture and abuse are routine.”

It further states: “… the United Nations Committee Against Torture and the Special Rapporteur on Torture have expressed concerns over the allegations of organ harvesting from Falun Gong prisoners, and have called on the Government of the People’s Republic of China to increase accountability and transparency in the organ transplant system…

“… the killing of religious or political prisoners for the purpose of selling their organs for transplant is an egregious and intolerable violation of the fundamental right to life;”

The CRA calls on the State of California to pass legislation that “condemns the practice of state-sanctioned forced organ harvesting in the People’s Republic of China.”

It also called for the Chinese regime “to immediately end the practice of organ harvesting from all prisoners of conscience” and demanded an “immediate end to the 19-year persecution of the Falun Gong spiritual practice by the Government of the People’s Republic of China and the Communist Party of China, and the immediate release of all Falun Gong practitioners and other prisoners of conscience;”

The resolution calls on China “to allow a credible, transparent, and independent investigation into organ transplant abuses” and urges the United States Department of State “to conduct a more detailed analysis on state-sanctioned organ harvesting from non-consenting prisoners of conscience…” and to bar “provision of visas to Chinese and other nationals engaged in coerced organ or bodily tissue transplantation.”

Reece discussed a similar resolution (H. Res. 343) proposed by California Congressman Dana Rohrabacher several years ago. He believes that the CRA should take a stand and urge the state of California and the US government to form policies against China’s persecution of human rights and religious belief. 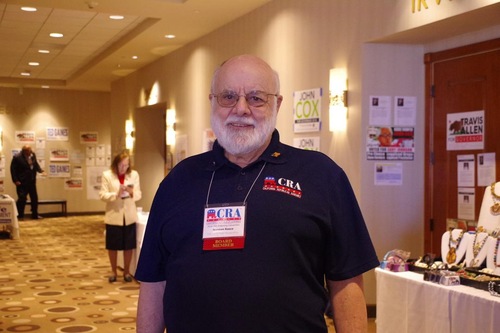 The resolution was canceled and withdrawn after Senators received a letter from the Chinese consulate in San Francisco. Mr. Reece said that they can’t force the government to do anything but the government does need to know that it is being watched.

Two candidates for California governor, Travis Allen from Huntington Beach and John Cox from San Diego, are both strong supporters of the resolution.

Mr. Allen also voiced his support for denying visas for people in China who are found to have participated in these crimes against humanity.

“We can’t have violators coming into our country. We want the very best from around the world. We certainly don’t want people that are committing crimes anywhere in the world.” 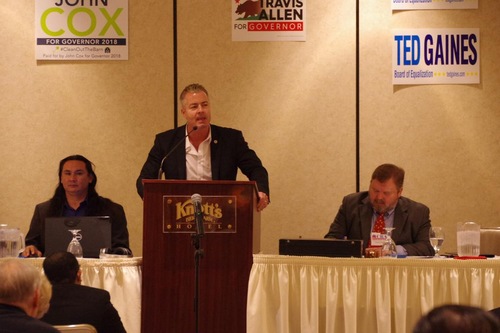 Venture capitalist John Cox from San Diego is another candidate for California governor. He was shocked upon learning about the organ harvesting atrocity and called it “barbaric” and “horrendous.”

“That’s not a government that’s accountable to the people,” Mr. Cox said. “I’m all for stopping Chinese human rights abuses, absolutely. Our country was founded on religious freedom.” 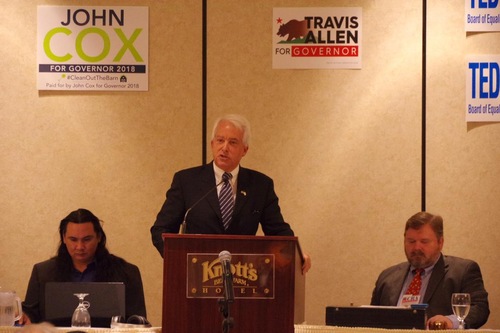 John Cox is a venture capitalist from San Diego and a candidate for California governor.