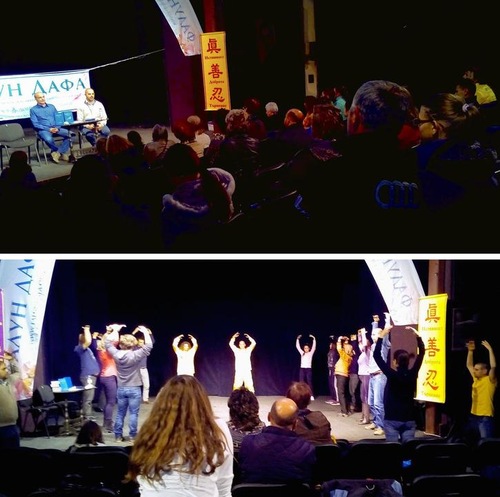 Falun Gong practitioners in Bulgaria recently introduced the traditional meditation practice in the southern areas of the country, where they also raised awareness of the persecution of Falun Gong in China. Many people showed their support for Falun Gong and quite a few were interested in learning the practice.

Practitioners held a seminar at the Smolyan Theater. A young man said he had practiced martial arts for over 20 years and was interested in practicing Falun Gong for self-improvement. His girlfriend resonated with Falun Gong’s principle of Truthfulness-Compassion-Forbearance and wished to attend the seminar also.

A middle-aged man signed the petition right away after learning about the persecution. He expressed his wish for Falun Gong practitioners in China to have freedom soon.

An older woman attended the seminar for the first time. She was excited to tears when she met the Falun Gong practitioners. She held a practitioner’s hand and thanked them for introducing Falun Gong in her hometown. 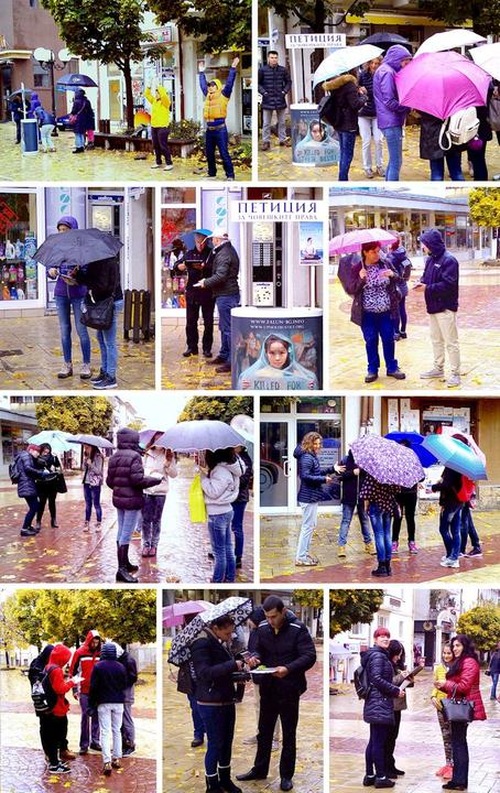 Falun Gong practitioners raise awareness and collect signatures against the persecution in China in Smolyan, Bulgaria.

Practitioners visited Chepelare, another city in southern Bulgaria. When a practitioner picked up the required permit from City Hall, he talked with the city clerk about the wide spread of Falun Gong across the world and the CCP’s brutal persecution.

A well-known local politician in Chepelare participated in the Falun Gong introductory seminar. He used to be an athlete and was a national ski champion. He was very drawn to Falun Gong and said that he was inspired to spread Falun Gong’s principle of Truthfulness-Compassion-Forbearance to the local people.

After learning the exercises, he remarked, “This practice is very good. It covers everything in physics. You don’t need to do other exercises if you practice the Falun Gong exercises every day.” He also bought the book Zhuan Falun and said that he would read it carefully. 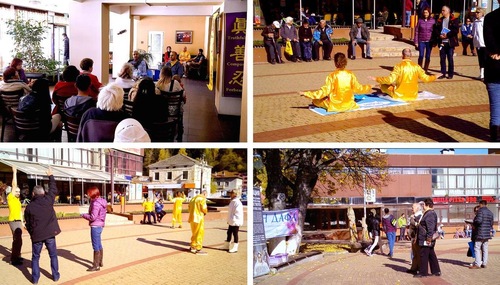 Introducing Falun Gong in Chepelare and collecting signatures against the persecution.

An older man participated in the seminar and watched the exercise demonstration. He was very interested in the practice. When a practitioner talked about the CCP’s persecution in China, the man said, “This is terrible!” He added that it reminded him of the communist party’s persecution that he and his countrymen experienced during the communist control of Bulgaria.

A young girl from a local minority participated in the seminar and was very happy to learn the exercises. She said that the exercises gave her a feeling of calm and comfort. She planned to stay in touch with practitioners in order to continue learning Falun Gong.