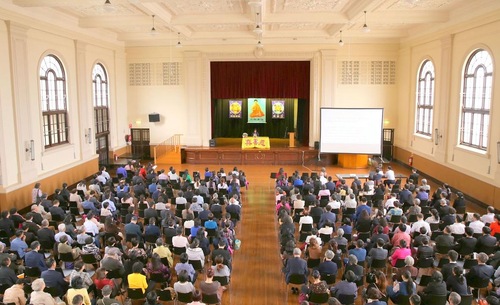 The 2017 Sydney Falun Dafa Experience Sharing Conference was held on October 15 at the Marrickville Town Hall. Fourteen practitioners shared how they followed the teachings of Falun Dafa (also known as Falun Gong) to look within, and found their attachments through their work and truth-clarification activities.

Eliminating the Attachment to Complaining about Others

Ms. Fan is a coordinator for a local Dafa media outlet. “The mindset of a practitioner is very important, and it is the difference between being human or divine. Complaining all the time helps with nothing but making things worse. It generates many black substances in other dimensions,” she said.

She mentioned that seven years ago when the media company was in trouble, Master asked everyone to study the Fa teachings more. “I knew that studying the Fa calmly is the best way to let go of human notions. It helps us to work together as one. Recently we have asked each department to pay attention to the quality of their Fa study and sending righteous thoughts. I also did my best to attend Fa study groups, both in the morning and evening. This simple change carries ultimate power. We became closer and worked together with better mutual understanding. A lot of bad substances in other dimensions disappeared and our problem was solved with increased participation,” Ms. Fan concluded.

Ms. Tao is in charge of managing a newspaper distribution site. She had a lot to complain about because the spot was filthy and messy. With this unpleasant thought about the location, she often saw people stealing the newspapers or taking only the part of the newspaper that they were interested in. Through studying the Fa, she enlightened to the principle of “the appearance stems from the mind.” She decided to change herself so that she could change her surroundings. She maintained a compassionate mind and meticulously cleaned up the site. The next day, many fewer people stole papers or took only sections of the newspapers. The last time she went to the site, someone else had already cleaned it.

Ms. Tao believes that Master specifically arranged that work for her to eliminate her attachments. “This ordinary task changed me dramatically. The process of doing the job is the process of me improving and the surroundings changing. This is in fact cultivation.” 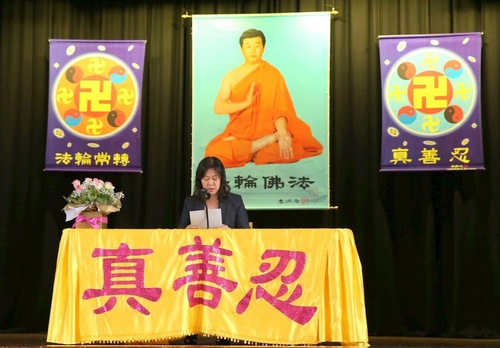 Practitioners share their experiences in applying the principles of Falun Dafa.

Cultivation Doesn’t Have to Conflict with Work

Ms. Qu worked as a manager’s assistant for eight years. When she started, she was told never to bring work-related documents home or talk about Falun Gong at work. At work she was selfless and honest, and the interests of others and the company always came first. When she decided to quit the job because of the long commute, her boss allowed her to take company papers and other work home. When they were with others, her boss made sure to remind her to promote Shen Yun and help others quit the Chinese Communist Party (CCP). According to Ms. Qu, “Each time I needed to take time off, I always got the same reply from my boss: ‘I support you unconditionally.’” That year she sold over 300 Shen Yun tickets.

“To better validate the Fa, we must follow the principle of Truthfulness-Compassion-Forbearance and be good people. As soon as our coworkers, friends and family members see who we really are and the benefits of practicing Falun Dafa, they will know that we are good people wronged and persecuted by the evil CCP. My boss many times told me that Master and Falun Gong are magnificent and that practitioners are wonderful,” said Ms. Qu. 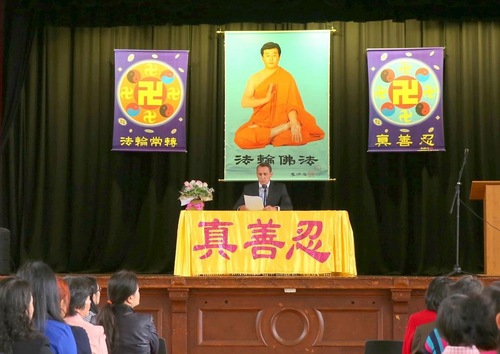 Practitioners share their experiences in applying the principles of Falun Dafa.

Mr. Xian is a general sales manager for one of the local Dafa media companies. He used to be in the financial business and many of his clients worked in big companies. Because of his fear, he normally mentioned the Dafa media as an independent media that covers news banned in China. He would mention Falun Gong only in passing.

One time Mr. Xian studied the Fa and realised that his clients have waited to be saved for thousands of years and that he may not see them again. “To my surprise, people in higher positions have more interest in politics in China and want to know the reasons why Falun Gong is persecuted. Many CEOs wanted copies of the Nine Commentaries on the Communist Party and said that they would read it carefully. I feel that the founders or CEOs of many international companies have waited to hear the truth for a long time,” Mr. Xian said.