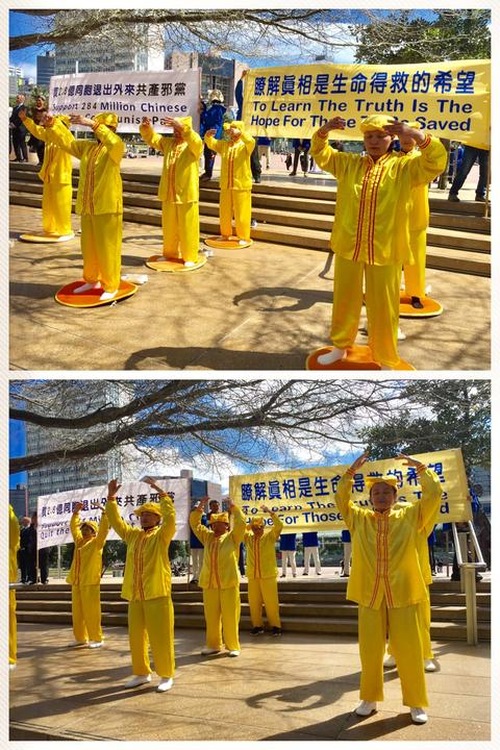 Falun Gong practitioners brought their waist drums to their rally in Aotea Square in Auckland on September 23. This event was held to raise awareness of the suppression in China and to celebrate the over 280 million people who have quit the Chinese communist organisations.

“By violating basic human rights, including the freedom of belief and the freedom of speech, China has ignored the Universal Declaration of Human Rights agreed on in 1948; the International Covenant on Economic, Social and Cultural Rights; as well as the International Covenant on Civil and Political Rights in 1966,” said human rights lawyer Kerry Gore.

He said he admired and thanked the Falun Gong practitioners who safeguard their belief despite the threat of illegal detention, torture, brainwashing, and even forced organ harvesting. He believes the Chinese communists will be phased out and the Chinese will regain their freedom. 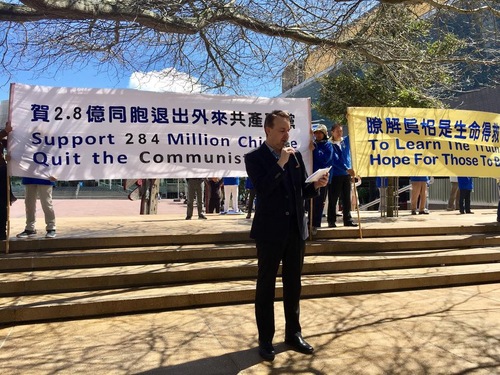 Kerry Gore, a human rights lawyer, hopes the Chinese can regain their freedom.

Peter Hooton was shocked to hear about the forced organ harvesting in China. “If someone told me it happened 100 years ago, I would probably believe it. But we are living in the 21st century—how can anything like that be allowed?” He suggested that international laws banning organ tourism in China be implemented. “We have to stop killing innocent people. And I wish I could help more on this,” he added.

One woman stopped to observe practitioners doing the exercises. “It looks peaceful and beautiful. I could feel a strong energy.” She said she liked their golden outfits and was very interested in Chinese culture.

Having seen practitioners peacefully protest in front of the Chinese Embassy in Wellington, the woman said she was impressed by their efforts, “They [practitioners] are messengers of peace. I really mean it.”