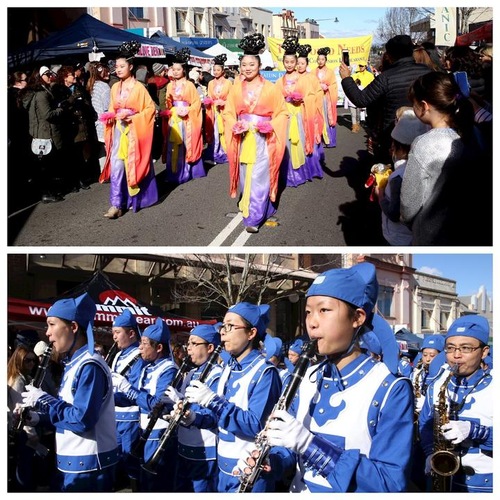 The Tian Guo Marching Band and a group of dancers comprised the Falun Gong procession that participated in the Winter Festival parade. Over 100,000 local residents and tourists attended. 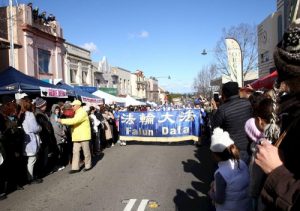 Falun Gong in the Winter Festival parade in the Blue Mountains.

Booths were set up along the main street of Katoomba, the biggest town in Blue Mountains, on the morning of June 24, 2017. Local residents and tourists attending the festival crowded the street.

The Tian Guo Marching Band played “Falun Dafa is good” among other tunes. Spectators gave warm applause and expressed their admiration. The applause was even louder when the colorful group of dancers passed by.