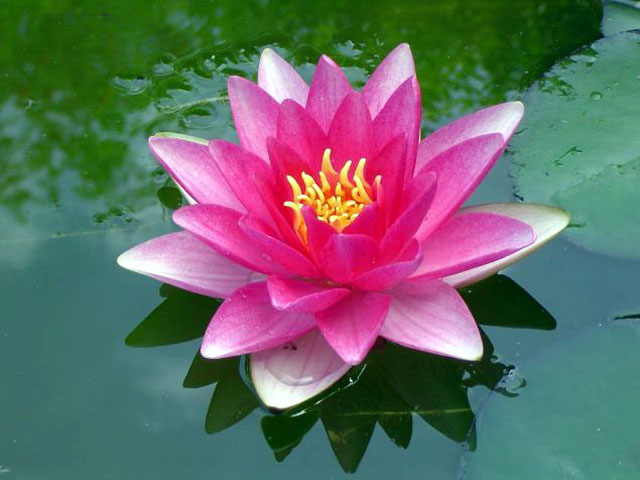 Before I retired I was an accountant. I’m now 63 years old. I often think about my happy experience of attending the last Falun Gong class taught by Master Li Hongzhi in Changchun City, 23 years ago.

It was in April 1994. Master Li gave two classes, one was during the day and the other at night. I attended the night class.

After work, I went directly to Ming Fang Gong, Jilin University’s great auditorium hall that can accommodate more than 2000 people. I sat in the front row. Master looked very young, like he was in his 20’s.

At that time I knew little about cultivation but I very much liked Master’s teachings because they were upright and they were never taught by anyone else.

I felt that this Falun Gong cultivation practice was exactly what I was yearning for and that it was the foundation of our lives.

The last lecture was on a Sunday night. I saw Master in the alley behind the auditorium before the lecture started, and we were the only ones there. I was very happy and had the urge to shake Master’s hand.

However, I remembered that Master said he was very busy. Since I didn’t want to disturb him, I respectfully greeted Master by saying, “Good evening teacher!”

Master Li smiled and nodded at me. Instantly I was immersed in a warm wave of happiness that I cannot describe in human language.

This was the most memorable moment of my life.

Even though I couldn’t completely understand what Master was teaching, I liked the lectures and I was eager to read the book, Zhuan Falun and practice the exercises.

Falun Gong has been rooted in my heart since then.

Cultivating in My Work Environment

I was hired by a taxi company in 1995. The employees came from two sources: some were hired directly from the public and the rest entered the company by all kinds of back door relationships.

The company hired three accountants. I worked at the headquarters and the other two accountants worked in branch fleets.

Both on and off the job, I conducted myself according to the standards of a cultivator and was highly trusted. I reported to work early and left late. I carried out all the tasks assigned to me and ignored my personal gain or loss. Whenever there was a conflict I always looked at myself first to see if I had caused it, and my colleagues all liked me.

The Boss and My Colleagues Protect Me from the Persecution

When the persecution of Falun Gong started on July 20, 1999, all the media in China launched propaganda programs defaming and slandering Master and practitioners. Many companies dared not hire any Falun Gong practitioners.

The head of security once told me that two people from the administration office came and asked if any of the employees were Falun Gong practitioners. He sent them away by saying no and not to interfere with our work again.

When I thanked him for his support, he said, “You don’t need to thank me. You can rest assured that I will protect you.”

Our boss’s security person once told me what she heard the boss tell a friend during a meeting. The friend asked if there were any practitioners working for the company. When the boss said yes, the friend asked, “Why don’t you fire them?”

My daughter listened to Master’s Fa teaching in elementary school. At that time her grades were just average. She knew Falun Gong was good, followed the principles and was considerate of others.

Her grades went up steadily after she entered junior high and when she graduated she was one of the top three students in her school.

She entered the best high school in our city. Her grades were always in the top tier, but she kept a low profile and never showed off.

She was accepted by one of the best colleges in China after graduating from high school. Four years later, she entered graduate school. Two years after that, she was accepted to a doctoral program in a foreign university. She is now a resident of that country.

Falun Gong has blessed our family so much that no money can purchase any of the health and happiness that we’ve enjoyed.

Whenever I recall listening to Master’s teaching in person, I can see his face, hear his voice and my tears flow.

Thank you Master! You have done so much for us and we will continue to cultivate well.