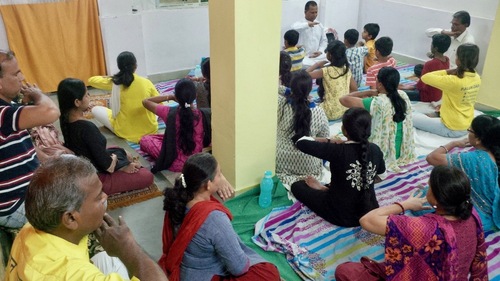 Holi is the Hindu festival of colors welcoming the onset of spring, during which effigies of a demon are burned to celebrate the triumph of good over evil. However, many tend to forget the significance and sanctity of the celebration, and revelers often turn boisterous.

Practitioners from Nagpur, in the state of Maharashtra, decided to stay indoors and make the best use of the three-day holiday by holding a Fa study workshop from March 11 to 13. Around 40 to 50 practitioners, including their children, participated. The adults studied three lectures from Zhuan Falun per day. 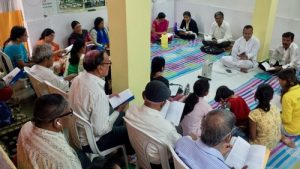 Some new practitioners expressed that the study session gave them new insights and helped to answer questions they had on their minds. People also shared their experiences after Fa study each day. One woman said she could never imagine speaking in front of so many people but eventually gained the confidence to do so. After talking about her attachment, she felt as if a heavy load had been lifted from her.

The workshop also featured activities for children, including studying and hand-copying Lunyu, making lotus flowers, and watching short films and reading articles based on moral stories. 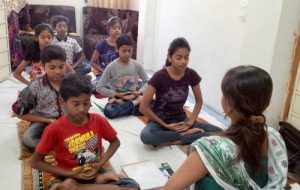 A practitioner leads the children in meditation.

On the final day, the children were in a playful mood. They were encouraged to study, recite and memorise poems from Hong Yin. Some managed to memorise more than ten.

The adults were pleasantly surprised to hear a six-year-old recite a poem fluently:

Cultivating gong has a path

mind is the wayOn the boundless sea of Dafa

hardship is your ferry

After this wonderful experience, this group is planning a summer camp with similar activities. A Minghui report of children performing the Lotus Dance inspired the group to teach the same to their children. 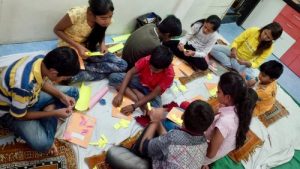