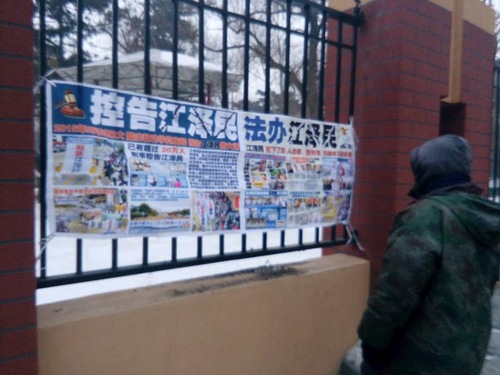 Over the Chinese New Year season, many banners and posters were put up to inform people of the ongoing suppression against innocent practitioners. Below are but a few of them.

After nearly 18 years of suppression in China, a large number of Falun Dafa practitioners continue to be persecuted for their beliefs. To inform the public about the goodness of Falun Dafa and to expose the persecution, practitioners in China adopt many creative means, including publicly displaying signs and banners like the ones shown here. 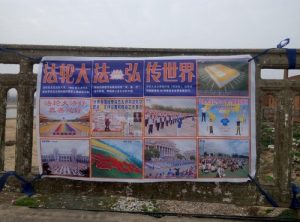 A large poster in Macheng City, Hubei Province, that shows Falun Dafa is appreciated in more than 100 countries. 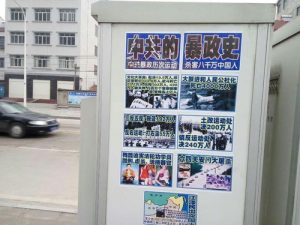 A poster in Jingzhou City, Hubei Province, that illustrates how the Communist Party has been persecuting people for decades.

An example of the ongoing suppression reported on the Minghui website on February 11, 2017, is the case of Ms. Wang Ling.

Ms. Wang, a 56-year-old resident of Bozhou City in Anhui Province, has been imprisoned at the Anhui Women’s Prison since 2015. Guards tortured her 24 hours a day to force her to give up her belief until she had a mental breakdown. Despite this, officials still refused to release her and continued to humiliate and brainwash her. Ms. Wang’s prison term continues until this June. 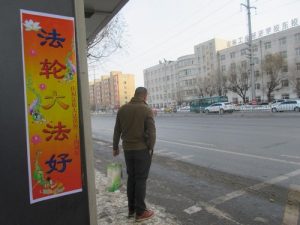 A poster in Jilin City, Jilin Province, that says, “Falun Dafa is good.” 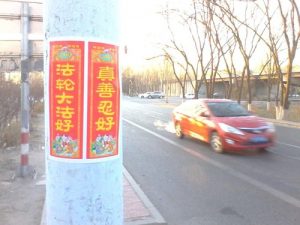