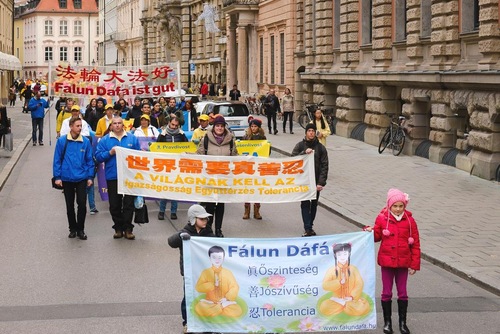 Nearly one thousand Falun Gong practitioners marched in Munich, Germany on November 5, 2016 to raise awareness of the Chinese Communist Party’s (CCP) persecution of Falun Gong, including killing practitioners for their organs. 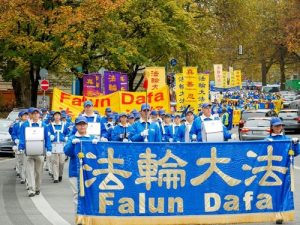 Nearly one thousand Falun Gong practitioners march in Munich on November 5, 2016 to raise awareness of the Chinese Communist Party’s persecution of Falun Gong.

The march lasted nearly three hours. It began from Odeonsplatz and passed by several landmark buildings and main streets before arriving at Max-Joseph Square. The march attracted the attention of many local residents and tourists. 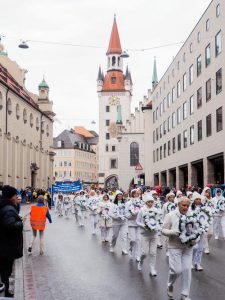 Practitioners hold portraits of fellow practitioners tortured to death in China by the communist regime.

Munich Resident: Next Step Is to Take Action

Simone, a designer and resident in Munich, read a Falun Gong flyer while the march passed by. “The march is splendid and impressive. They’re telling people what is happening in China,” she commented. She said that she and her boyfriend were appalled by the organ harvesting crimes committed by the Chinese regime.

“I will spread the news and let more people know and condemn the CCP’s live organ harvesting,” she continued.

Simone also said that, after learning about the persecution, people should take action to help stop live organ harvesting in China. 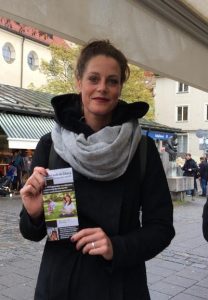 Student: People Will Stand Up Against the Persecution

Dennis is studying Media Informatics at Ludwig-Maximilian University of Munich. He said he had learned about the persecution and organ harvesting crimes online before he saw the march.

“Forced live organ harvesting is too horrible. It should not happen anywhere in the world. The march tells people about the persecution. It is important. After learning about it, people would stand up against it and stop the atrocity with action,” he said. 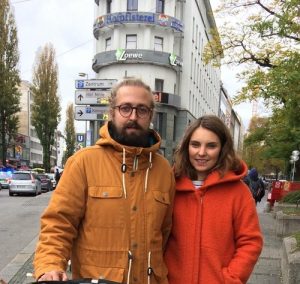 Consultant: CCP’s Treatment of People Is Different From Ours

Elfred, a local resident and management consultant, read a flyer carefully. He said, “The march is peaceful and provides a great deal of information. The information makes me think.”

“The CCP’s treatment of people is different from ours. We already know this. But forced live organ harvesting is horrible and terrible,” said Elfred.

He praised the march and suggested that practitioners march in Brussels and London.

Earlier this year, over half of the European Parliament signed a written declaration calling on the Chinese regime to stop live organ harvesting from prisoners of conscience.

Elfred said, “I will bring the two flyers to my family. The information from the march is already spreading.” 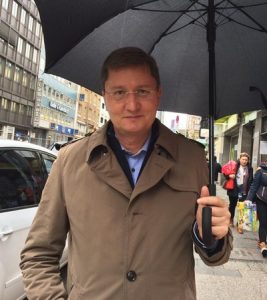 Elfred, a management consultant, speaks out against organ harvesting crimes by the Chinese regime.

Arnim, a banker, said the march was well organized and lets more people know about the horrible persecution in China.

“Forced live organ harvesting is horrible. The government should not treat people like that,” he said. 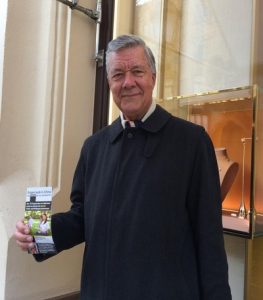 Tourist: Let’s Work Together to Stop the Persecution

Yanen, a tourist from Mexico, is a graphic designer. “The march is very peaceful and carries cultural characteristics. I like to watch the march,” she said.

“The march is important and necessary. Forced live organ harvesting is horrible,” said Yanen. “We focus on our own life and interests. Such a horrible thing against humanity is happening, but we don’t know it.”

She indicated that she would learn more about the persecution and tell people about it in Mexico. “Let’s work together to stop the persecution,” she said. 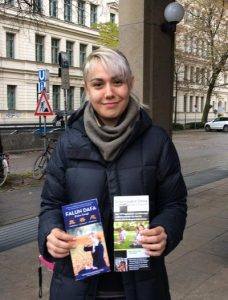 Yanen, a tourist from Mexico.

Some Chinese tourists also watched the march and demonstration of the Falun Gong exercises. Many of them took photos.

Mr. Jiang from Fujian said he was stunned to see such a large procession, adding that he did not know so many people practice Falun Gong overseas.

Upon learning of the brutality of the persecution, he agreed to renounce his membership in the Chinese Communist Party. He told a practitioner, “Good luck!” before leaving.