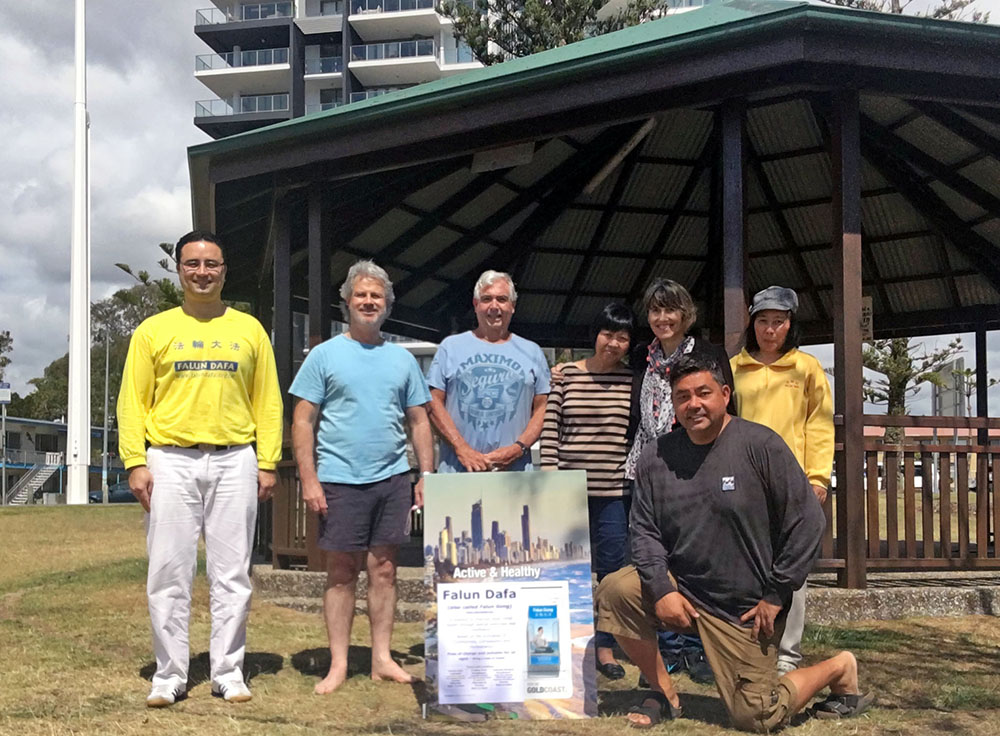 On 29 October 2016, a prominent community leader received a big welcome at the Falun Dafa practice site on the Gold Coast, Queensland.

Michael Kaff, who recently ran as an independent candidate for the Australian Senate, continues to be a very supportive friend of Falun Dafa and has used every given opportunity to raise awareness of the horrifying news the Chinese Communist Party (CCP) is killing Dafa practitioners, Tibetans, underground Christians and Uyghurs right now for their organs out of commercial interests in Mainland China.

Michael showed his support for the fundamental freedom to practice Falun Dafa, without fear of persecution or organ harvesting, by attending the weekly practice site at Harley Park, Labrador. He learnt all five sets of exercises, including the four standing sets as well as the sitting meditation. 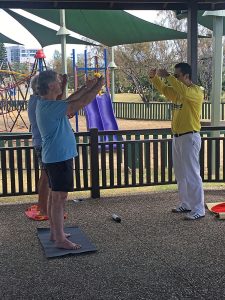 Michael is learning the five sets of Falun Dafa exercises 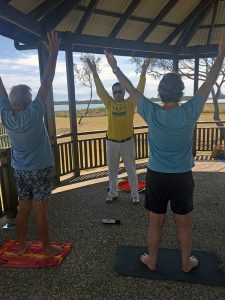 After doing the exercises, Michael said he could find nothing wrong with Falun Dafa that would justify the CCP’s persecution against the peaceful and spiritual practice.

“It is always so enjoyable meeting with the group,” he said. “They are such peace-loving, beautiful people.

“It is a disgraceful that the Falun Dafa (Falun Gong) practitioners’ plight has not received the acknowledgement and support it deserves from the Australian Government, as well as other governments around the world.

“Australian trade with China, which is substantial, must only take place on the condition that the human rights of Falun Dafa and other Chinese citizens are respected and protected and those responsible for these atrocities be brought before the United Nations Commission on Human Rights to face justice.

“There should be no financial gain at the cost of human decency or human life. The priority must be people before profit.”

After the practice, Michael posed for a photo with practitioners and looked forward to the next truth clarification event that will be organised to raise awareness of the plight of Falun Dafa practitioners in Mainland China.

Practitioners thanked Michael for his tremendous support, and said his righteous actions have helped bring positive change among our elected politicians and other community leaders.