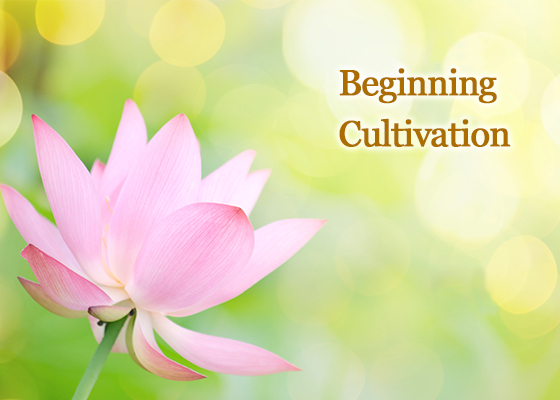 Davide, a 22-year-old sociology major from Milan, Italy said his search for a spiritual path began at a young age.

His interest in martial arts and meditation finally led him to take up Falun Dafa two years ago.

Davide said he has been interested in Asian culture since his early childhood. He spent over 10 years learning martial arts from both China and Japan. In time, he also became curious about different meditation systems.

“In high school, my friends and I used to sit together to meditate. We did not have a teacher, but we did it anyway because we all enjoyed it,” he recalled.

The group stopped after graduation, as they went to colleges in different cities and countries. However one of them, who went to a university in the Netherlands, later told Davide that he had found a very good spiritual practice for cultivating mind and body. “He said it was called Falun Dafa and he gave me a copy of Zhuan Falun in Italian,” said Davide.

Though he didn’t read the book right away, he later noticed many positive changes in his friend. “He quit drinking and smoking. He became nicer and did much better in school.” As his friend gave the credit to Falun Dafa, Davide finally decided to read the book.

The profound principles in the book resonated with Davide. “I told myself that I will be a Falun Dafa practitioner and that this is a new beginning in my life,” he said. 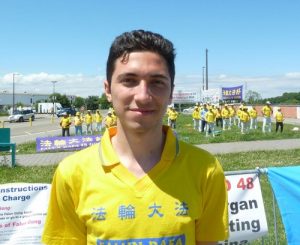 As he continued to improve in his newfound cultivation practice, Davide also learned more and more about the mistreatment of people with the very same faith in China. Naturally, he joined others to hold events in Milan to inform the public about Falun Dafa and the persecution in China.

They collected signatures calling on government officials to take action and they went to Chinatown to talk to Chinese people about the persecution. Many of the Chinese had been deceived by the defamatory propaganda of the Chinese communist regime.

They also went to other countries for similar events. They once traveled over 10 hours to the European Parliament in Brussels, Belgium, urging officials to help stop organ harvesting from living Falun Dafa practitioners in China.

“When participating in these events, I did not know how to go about things, at first,” Davide explained. “But to me, it is very simple—Falun Dafa is so good, and no one should mistreat innocent people like that.”

Davide worked with another practitioner at his university to reach out to professors about the persecution. “They are very supportive and we plan to host some film screenings on campus about the suppression in China,” he said.

After noticing the positive changes in Davide, his mother also began to read Zhuan Falun.

Speaking of a plan for the future, he said he is not sure yet about going to work or pursuing a graduate degree. “But one thing is for sure—my cultivation practice of Falun Dafa will continue, forever.”