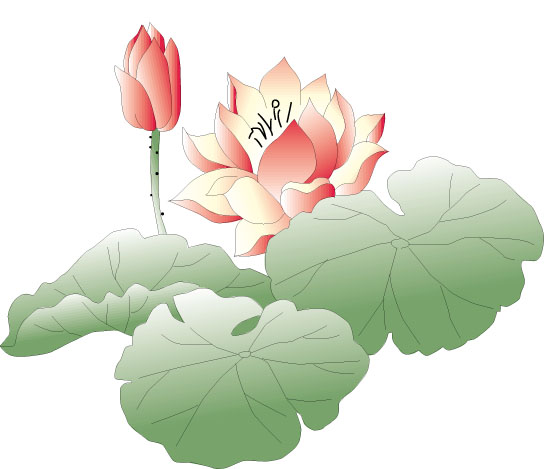 I learned Falun Dafa at the age of 8, which is about 20 years ago. My father was the first person in my family to practice. Soon, he recovered from his headaches and sleep disorder. He also quit drinking and playing mahjong. Seeing the changes in my father, my mother and I started to practice too.

After we all practiced Dafa, we were a harmonious family. Every early morning, my parents would go to the local park to do the exercises. They would come home, make breakfast and off I went to school. After dinner, my parents would take me to Fa study. During weekends, our family sometimes hiked in the mountains, and sometimes attended activities to spread Dafa.

After I began to practice, my grades improved from mid-range to the very top of my school.

After the former leader of the Chinese regime Jiang Zemin launched the persecution of Falun Dafa in July 1999, our happy family was shattered.

My parents went to Beijing to peacefully appeal for justice for Falun Dafa while I stayed with my maternal grandmother. Afterward, the local police took my parents to a brainwashing and detention center and harassed our family constantly.

When I was 9 years old in 2000, my parents and some other local practitioners printed a large amount of Dafa truth clarifying materials. They distributed these materials the same night.

The local police arrested some practitioners. One couple gave my parents’ names under pressure. The police illegally arrested my father at his work. Then they came to our home to take my mother.

I still remember that afternoon. I received an award in school. I was very happy and wanted to tell my parents. When I returned home, many police officers were ransacking my house. They had restrained my mother. I was very upset but I held my tears. I was determined not to show any weakness.

My parents were arrested and I went to my grandmother’s home. One night after midnight, several policemen broke into our home. They ransacked her home and arrested her.

It was the night before my final exam. I tried to keep calm and went to school the next morning. I took the exam and got the highest score. The teachers and other parents were quite shocked when they learned what had happened the night before the exam.

I had to stay with a relative. In late autumn, I was still wearing my summer shoes. I often cried silently in bed during the night. I missed my parents and I wanted to return to my own home.

One day, the relative said that my father would be taken to a forced labor camp. To me, a 10-year-old girl, it was as if I would never see him again. No one knew where my mother was detained. I felt life turned to a dead end and I thought of suicide. I abandoned this bad thought later.

I started to live with my paternal grandmother. Grandmother went to work every day from morning to evening. I stayed at her home for the entire winter break. There was no television in her home. I just sat daydreaming.

When my parents were arrested, many people around me had a negative attitude toward Dafa. My righteous thoughts were not strong enough at that time. I was too scared to speak out for Dafa.

I had a small Falun pin which I dared not to let anyone else see. All my longings were for my parents and my belief in Dafa.

After my parents were released and returned home, we resumed our practice. My parents often went out during the evening to distribute information about Dafa. Sometimes, I went with them as well.

One night when we were distributing the materials, I noticed a man. I was not scared. and said kindly, “This is information about Falun Dafa. Please treasure it.” He took it and said he would.

My parents spoke about Dafa to almost everyone they encountered. At the beginning, I was quite worried, but I knew they were doing the right thing. I would recite the Fa whenever I was worried or scared. I told myself that I should not be afraid. Later, I started to help my parents talk about Dafa to people.

Once, after I heard that a practitioner was detained in the local police station, I walked there during my lunch break. I sent strong righteous thoughts there for an hour-and-a-half.

Sometimes, I walked to school so I could save money by not taking the bus. I donated the money to make more Dafa informational materials.

Speaking Up for Dafa

In my second year in high school, the political teacher often spoke about Falun Dafa in a very negative way and quoted lies she heard from the Chinese Communist Party. I felt extremely bad each time. But I was too scared to stand up and stop him.

Through Fa study, I came to understand that I should tell the truth. I should not let the teacher continue to defame Dafa.

When the teacher started to slander Dafa during a politics class, I raised my hand and said that “Falun Dafa is not what you saw on television. It teaches people to follow the principles Truthfulness-Compassion-Forbearance.”

I spoke to the teacher and the whole class about how my whole family benefited from practicing Dafa and why the self-immolation incident was fake. A friend next to me kept yanking my clothes so that I would sit down. But I insisted on finishing what I wanted to say.

After I finished and sat down, the teacher said that she was not sure how to handle my talking about Dafa.

“I know about the persecution,” I stood up again and said. “Because they do not want to abandon their belief, my parents have already been arrested many times. I know a local woman who was persecuted to death only for practicing Falun Dafa.”

When I spoke, I saw many, many divine beings above and heavenly beauties casting flowers. I was moved to tears.

There were about 70 students in the class. All of them heard the truth. The teacher no longer said anything and none of the school officials said anything about the incident.

Ups and Downs in Cultivation

My family was harassed by the police often and my parents were arrested multiple times.

During the last year of my high school, my mother was taken to a forced labor camp. My father was working out of town and I was alone at home.

My cultivation did not go well. My grades dropped. I constantly had conflicts with friends. I was very depressed. However, no matter how terrible I felt, as soon as I opened the book Zhuan Falun, I suddenly felt hope.

“Since you’re a student you should study well.” (“Fa Teaching Given at a Meeting in New York” from Lectures in the United States)

I often recited this part of the Fa. I gradually understood that I should be a good student. I should not be attached to which college I was admitted to. When I took the college entrance exam, I was very relaxed. I asked Master to help me. I would not acknowledge the persecution the old forces put upon my family. I must do well, I thought. I wanted to validate the greatness of the Fa.

When the result came out, I did much better than the mock exams in school. I was accepted by a famous university. Many people who knew our family crises were very impressed. Some people even said to my father, “I should let my kids learn Falun Dafa too!”

My cultivation did not go very well during my college years. Only during the last year did I increase the time of my Fa study. I then began to tell some of my classmates about Dafa. Sometimes I distributed the Nine Commentaries on the Communist Party. When I had time, I would take the bus to the detention center to send righteous thoughts. But I knew I had missed many opportunities in which to save people.

Sometimes, I noticed we were surrounded by security monitors. I was worried and thought of skipping the truth clarification at that time. But then, I thought about the people living so pitifully. They came to this world to hear the truth. I then sent righteous thoughts and continued to tell them about Dafa.

After I finished college, I got married. At the beginning, we were in love. But our good relationship did not last very long. Soon we were fighting all the time. My husband was thoroughly brainwashed by the communists. I had a bad temper and strong jealousy. It was painful.

I did not want to continue to live like that, so I started to increase my Fa study. And when I truly let go of my attachments things changed, and one day my husband said that he wanted to practice Falun Dafa.

I realized it was my attachment which prevented him from entering Dafa cultivation earlier!

Both of us cultivated and both of us improved. We have a very good relationship now. Through the Fa, I learned to look within for shortcomings and look at the good characteristics of others.

When I was a child, I knew Dafa is good, but my understanding was not that good.

When I experienced many hardships, I came to understand there is nothing in the human world we should be attached to. From the bottom of my heart, I wanted to cultivate. But my attachment to seeking comfort prevented me from cultivating diligently.

It was a low period of my cultivation. Out of fear, I used to comfort myself. I have done some truth-clarification. I should qualify as a Dafa disciple and have a good result. How selfish I was! So many lives are waiting to be saved, but I only thought of myself. Caring only for oneself is exactly what the old forces do. How can a Dafa disciple think in the same way as the old forces!

We are Master’s disciple. Master is always so merciful and never considered himself. I came to understand, if our purpose is for ourselves but not for saving sentient beings out of compassion, then even if we are doing truth clarification, it is not what Master wanted. Only when we follow the standard of a true practitioner, can we truly aid Master in the Fa-rectification.

In the current period of my cultivation, I fully understand that every cell in my body and every second in my life are for cultivation. I am willing to abandon everything in this human world. Master arranged for us to cultivate in this world, thus I must utilize the environment.

Many practitioners around my age are not cultivating diligently. Some of them are completely lost in human society.

“…from when I started to spread the Fa till now, they would be young people around twenty-five years old, many of whom really have not been saved. They were all Gods, coming down to Earth.” (“Fa Teaching at the 2016 New York Fa Conference”)

There are many disciples who began to practice as children before the persecution. We have huge responsibilities, yet we have not done so well. It would be too late to regret when this special historical time passes. I hope all the young disciples will catch up with the Fa-rectification and save more people.