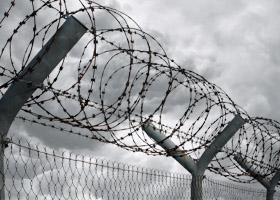 The family of an imprisoned woman who died an unnatural death has been denied state compensation. Ms. Zhao Shuyuan’s son filed an appeal to the Xinjiang Province Prison Management Bureau the day after she died, but it is unclear whether he had received a response before his mother’s body was forcibly cremated by the authorities on August 8.

Death within 83 Days of Prison Admission

Ms. Zhao, an engineer from Karamay, Xinjiang Autonomous Region, died within 83 days of her prison admission for filing her criminal complaint against Jiang. She accused the former Chinese dictator of initiating the persecution of Falun Gong that resulted in her lengthy imprisonment in the past. 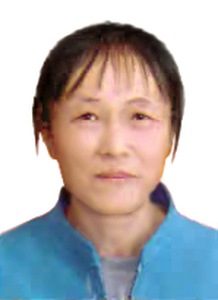 The 52-year-old Ms. Zhao was transferred to Xinjiang Women’s Prison in Urumqi on May 3 to serve a five-year term. Her health quickly declined, as the guards kept force-feeding and torturing her.

Meanwhile, the prison repeatedly denied Ms. Zhao’s family’s requests to have her released on medical parole. Even after she lost consciousness on three occasions, the prison still refused to render her proper treatment.

According to China’s state compensation law, inmates are entitled to state compensation if they are injured or die as a result of abuse, mistreatment, or other human rights violation imposed on them by prison workers. Families of deceased inmates may further request compensation for non-economic losses, such as pain and suffering, and emotional distress.

They accused the prison of dereliction that resulted in Ms. Zhao’s unnatural death.

The prison issued a decision one week later to deny state compensation. The very next day, on August 8, they had Ms. Zhao’s body cremated.

Ms. Zhao was arrested in her hometown of Karamay, Xinjiang Autonomous Region.

Ms. Zhao was tried without her lawyers’ knowledge.

Ms.Zhao was sentenced to 5 years in prison.

Ms.Zhao was transferred to Xinjiang Women’s Prison in Urumqi.

Ms.Zhao was taken to Xinjiang Medical School Fifth Affiliated Hospital for a required checkup. The doctors reported she was in good health.

Ms. Zhao’s two lawyers met with her and were shocked to notice she had lost a significant amount of weight. They immediately filed a verbal request for her medical parole, but were turned down.

Ms. Zhao’s son and her lawyers submitted a written request for her medical parole, but were again unsuccessful.

Ms. Zhao lost consciousness and was rushed to Xinjiang Medical School Fifth Affiliated Hospital. When she came to hours later, the guards immediately took her back to prison, despite the doctors’ warning that her condition could deteriorate quickly without inpatient care.

Ms. Zhao passed out again and was sent to Xinjiang Air Force Hospital. The doctors said she was in serious condition, but she was again taken back to prison as soon as she regained consciousness later that day.

Ms. Zhao lost consciousness for a third time. She woke up about four hours later, only to slip into a coma shortly afterwards.

The doctors at Xinjiang Medical School Fifth Affiliated Hospital issued a critical condition notice at 6:00 p.m., but the prison insisted she be taken back, citing lack of funds to cover her medical expenses.

Her family strongly requested that Ms. Zhao stay in the hospital for further treatment at their own expense. The prison officials relented, but it was too late.

The lawyers filed a written request for state compensation to Xinjiang Women’s Prison.

The prison issued a decision to reject the family’s state compensation request. Ms. Zhao’s son filed an autopsy request on the same day.

The prison hired a medical examiner to perform an autopsy on Ms. Zhao’s body. It is unclear if her family was given the autopsy results.

(Visited 59 times, 1 visits today)
Posted in China News and tagged Bring Jiang to justice, deaths from persecution
← Germany: “I Must Sign Your Petition to Help End These Organ Harvesting Atrocities!”Northeast India: “May Falun Dafa Continue to Flourish and Make the World a Better Place” →