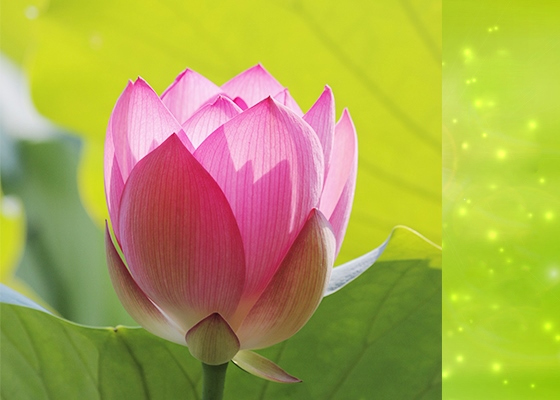 I started practicing Falun Gong when I was 13 years old. Although I did not understand many things at the time, I believed what Master Li (the founder) said in Zhuan Falun: “Zhen-Shan-Ren is the Sole Criterion to Discern Good and Bad People.” (Editor’s note: Zhen-Shan-Ren is commonly translated to Truthfulness-Compassion-Forbearance.)

Seven months after I started the practice, the Chinese Communist Party (CCP) began its persecution of Falun Gong (also known as Falun Dafa). I did not let the persecution deter me, and I continued to study the teachings of Falun Gong and do the Falun Gong exercises.

Since I did not know other practitioners in my area or how to get access to Falun Gong materials on the Internet, I gradually stopped cultivating. By the time I went to college, I had completely stopped reading Falun Gong books. Yet I still remembered Master’s teaching:

“A good person, you know, he is good in whatever setting it may be. If you are a student you should study well. If you are an employee you should complete your work.” (Teaching the Fa at the Conference in Houston)

I received a scholarship for three years to a university and was able to earn enough credits to graduate one year ahead of schedule.

I went to work for my father and his friends’ company after I graduated from college. Although my boss was a demanding person, we got along well because we had a lot in common regarding work responsibilities. As a manager, I was strict with my staff.

I soon found out that some of the employees did not take work seriously and wasted time resolving issues, or they did not know how to deal with recurring issues. I began to lose patience with them. I then remembered that Master said:

“You should always be benevolent and kind to others, and consider others when doing anything. Whenever you encounter a problem, you should first consider whether others can put up with this matter or if it will hurt anyone.” (Zhuan Falun)

Although I remembered Master’s words and tried to not get angry, I found it difficult to control my emotions and scolded them often, straining our relationship.

Remembering Falun Gong’s teachings, I eventually realized that the problems I encountered at work were to improve my character. I should be compassionate when resolving issues with others, rather than complaining about their shortcomings.

I then took the initiative to greet my colleagues. When problems occurred, I patiently explained to them the issue and how to resolve it. Our relationship gradually improved, and we became more relaxed around each other. My mind also became clearer.

One day, a coworker said in a serious tone, “I find that you have really changed.” I was taken aback since she was known in our company to be a difficult person to work with.

I experienced the power of Dafa and to look within, and I began to seriously think about cultivating again.

As soon as I had that thought, I encountered another conflict and failed the test. I felt I was not meant to be a Falun Gong practitioner and was unworthy of Master’s teachings, so I completely let go of the thought of practicing.

Without the guidance of the teachings of Falun Gong I soon became lost in the human maze, and the relationships with my colleagues became strained again.

After five years of working at my father’s company, I decided to find a new job at the beginning of 2013. My manager and other senior colleagues worried that I would not be able to adapt to a different work environment, so my manager suggested I learn how to read people by observing them. I studied many books and online videos of how to read people’s behaviours and body languages to help prepare me.

At the new company, I was very cautious, watching every person’s move and trying to guess what it meant. I felt both mentally and physically drained, however, in doing so.

While at the new job, I had the opportunity to read one of Master’s latest articles sometime in June. No words can describe the happiness I felt. I then set my mind to practicing Falun Gong again.

With the help of fellow practitioners at that time, I was able to read all of Master’s recent articles. My ways of thinking and notions began to change the more I read the Fa.

I found that work was actually simple as there was no need for office politics. I just needed to carry out my work duties, not be afraid of confronting difficulties, and treat colleagues kindly and sincerely. I knew I should not blame others, but to look within when conflicts occur.

I stopped trying to guess what others were thinking or doing, and I focused instead on improving myself according to Truthfulness-Compassion-Forbearance. I became happier and my mind became purer.

I interviewed for an auditing job in the beginning of 2014, even though I had never worked in that field before. Everything was new to me, from the software being used to how things were being done.

I would have been nervous and scared in the past, but my mind was steady and calm. I knew Master had arranged for me to work at a new environment and would give me the wisdom to do the work.

I learned quickly what I needed to get my work done. The colleague who normally did the auditing was on maternity leave for two months, but I was able to finish it without any problems. The CEO was happy with my work and later asked me for help when issues came up.

With improvement in the work arrangements, the people in my department were able to complete our tasks more efficiently without having to put in any overtime like in the past.

I was formally hired in the second month and offered health insurance in the third month. Companies normally did not offer insurance until after the third or sixth month.

Being a Good Person at Work

I eventually quit my auditing job and went to work for a new firm. As part of my training, I was assigned to work at the company’s registration department, even though it was not related to my speciality as a Certified Public Accountant. Many of the workers in that department were undergraduates who ran errands for the tax offices.

Several colleagues thought I was over-qualified, but as a Dafa practitioner, I knew I should be a good person wherever I was. Running errands was also part of the job, so I was happy and never complained when I was given this assignment.

Another time, a customer who wanted to open a bank account became dissatisfied with our service when issues arose over her identification card since she spent most of her time abroad and only a few days in the country.

The colleague in charge of this issue was under pressure and asked me to resolve it.

When I got to the bank, the customer had a bad attitude, but I still smiled and greeted her. I reassured her that we would take care of her issue right away. I filled in the forms with the help of the bank staff and everything went smoothly. The customer’s attitude finally changed and she smiled.

After the issue was resolved, the customer went back to the office with me and told the president of the company about her experience. “Where did you get this new employee? The quality of her work is beyond words!”

Fired for My Belief

A month after I began working at the new company, however, the president learned that I practiced Falun Gong and asked the human resource director to talk to me since she wanted me to resign.

“Although you haven’t been here long,” the director said, “you have never shied away from work and always offered to help others. It is rare to find someone like you in this firm. I really hope to work with you again!”

I knew the HR director was only following orders and I did not blame her. Instead, I used the opportunity to talk to her about Falun Gong, the president, and vice-president of the company. Although the director did not quit the CCP, she had a good impression of Falun Gong.

The president also said that she was torn by her decision. She was under pressure from the Party and feared that there would be repercussions if she did not fire me. She had never read informational materials about Falun Gong and the persecution, but admired practitioners for standing up for their belief. She eventually quit the CCP and its affiliated organizations.

Even though the president of the company had learned the facts about Falun Gong, she succumbed to the Party and asked me to leave because she was too afraid.

It was evident of how much the CCP has twisted people’s minds! If there were no persecution, how many companies would benefit by hiring Falun Gong practitioners as their employees?

At the same time, I found many attachments from this incident.

I found another job two weeks later with better working hours and pay. At work, I measured myself against the standards of Dafa. When colleagues encountered problems, I tried to help them. After some time, all of my colleagues quit the CCP.

Initially, some of them did not understand why I was urging them to quit the Party and they complained to the manager. The manager said, “It’s her belief. She is doing this for your benefit. You can choose not to believe it, but she means no harm.”

Although the manager did not quit the CCP, she agreed with the principles of Truthfulness-Compassion-Forbearance.

Falun Gong has taught me to always do a good job and be a good person at work. It gave me a tranquil peace of mind. How fortunate that I am practicing Falun Gong again!