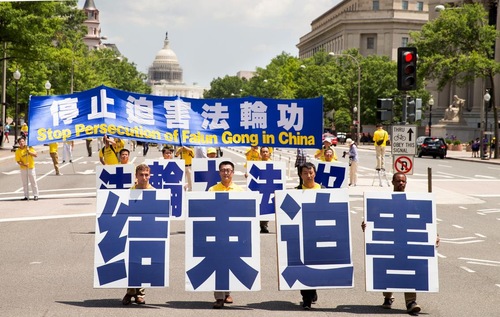 SYDNEY (Falun Dafa Association) – Hundreds of Falun Gong practitioners will gather at Sydney’s CBD for a peaceful march on July 20, commemorating the 17-year anniversary since the illegal crack-down on the meditative practice began.
This public event will draw attention to the continuing campaign of oppression against Falun Gong, which has resulted in death and torture of thousands of its followers. The Chinese Communist Party (CCP), led by its former leader Jiang Zemin, illegally outlawed the practice on July 20, 1999.  The CCP had reported up to 100 million people were practicing the spiritual discipline of exercises and teachings at the time.

On the website the researchers stated that: “Governments should enact measures to criminalise the purchase of trafficked organs at home or abroad. They could also require reporting of ‘organ tourism’, ban entry of those involved in trafficking organs, and prohibit their pharmaceutical companies from doing transplant field tests and clinical trials in China”.

(Visited 1,841 times, 1 visits today)
Posted in Info Centre, Media Release, News & Media and tagged organ harvesting, persecution
← Human Harvest Documentary Premieres in TaiwanSeen in Other Dimensions: Do Not Forsake All That Master Does For Us →